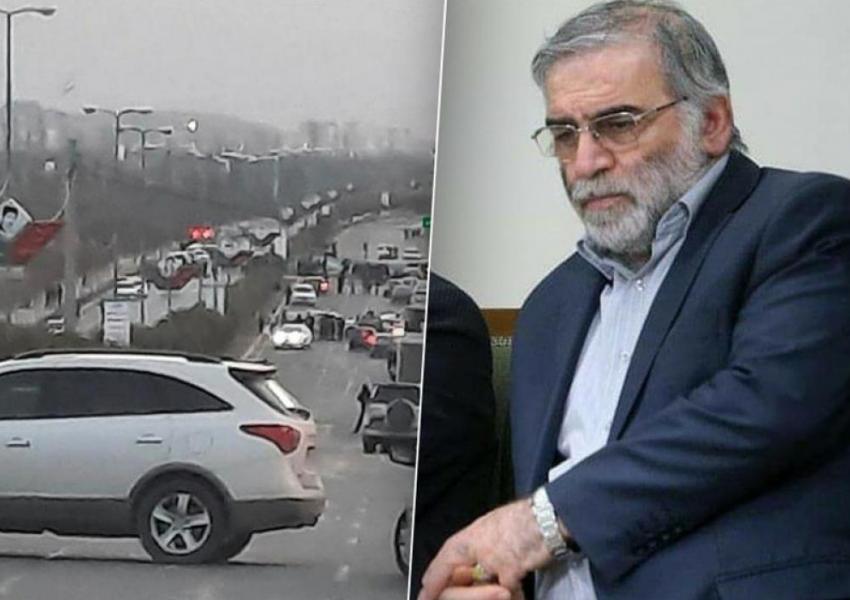 The Iranian Foreign Minister Mohammad Javad Zarif has said there were “serious indications” that Israel was involved in Friday’s killing of Mohsen Fakhrizadeh, a nuclear scientist and member of Iran’s Revolutionary Guard (IRGC).

Zarif called on “the international community” and “especially” the European Union to “end their shameful double standards & condemn this act of state terror.”

According to Iranian media reports, Fakhrizadeh’s car was attacked at 2.30pm local time on the Mostafa Khomeini Boulevard in Abesard, a town 82km (51 miles) east of Tehran, as Fakhrizadeh returned from the north of Iran.

Eyewitnesses said a small truck exploded as Fakhrizadeh’s car was passing, after which a gunman opened fire at him and a bodyguard. Fakhrizadeh was subsequently airlifted to an unnamed local hospital, where he died.

Entekhab website reported there were also members of Fakhrizadeh’s entourage, including family members, killed. The fate of the attacker, or attackers, has not been disclosed.

Brigadier-General Hossein Salami, IRGC Commander-in-Chief, and Brigadier-General Hossein Dehghan, an adviser to Iran’s supreme leader Ali Khamenei, also pointed a finger at Israel. Israel has been suspected of involvement in the assassination of four Iranian nuclear scientists between 2010 and 2012, beginning on November 29, 2010, when Majid Shahriari was killed in Tehran.

In a tweet, Salami claimed Iran took revenge for these murders. “Only they know how we retaliated, we will not say where but they know,” he wrote. In a statement published on Twitter, Dehghan said today’s attack would also lead to retaliation: “We will descend like lightning on the killers of this wronged martyr and we will make them regret their actions!”

“We can compare Fakhrizadeh to Qasem Soleimani in terms of his importance in Iran's nuclear program,” said Morad Veisi, military and security analyst of Iran International TV, referring to the Iranian general killed by the United States in Baghdad in January. “The fact that both were killed in less than a year is the biggest blow to Tehran’s intelligence network, which enjoys boundless authority and rich resources.”

President Donald Trump retweeted Israeli journalist Yossi Melman describing Fakhrizadeh’s death as “a major psychological and professional blow for Iran.” The White House, Pentagon and other US officials have not yet commented.

City officials in Iran's capital Tehran are planning to put locks on large waste containers in the streets to prevent garbage pickers from accessing waste. END_OF_DOCUMENT_TOKEN_TO_BE_REPLACED

The Biden Administration has confirmed to the US Congress that sanction imposed by its predecessor on Iran have drastically reduced Iran's trade with the world. END_OF_DOCUMENT_TOKEN_TO_BE_REPLACED

The UK government said on Sept 20 that Britain would "not rest" until all its dual nationals being held in Iran were returned home. END_OF_DOCUMENT_TOKEN_TO_BE_REPLACED