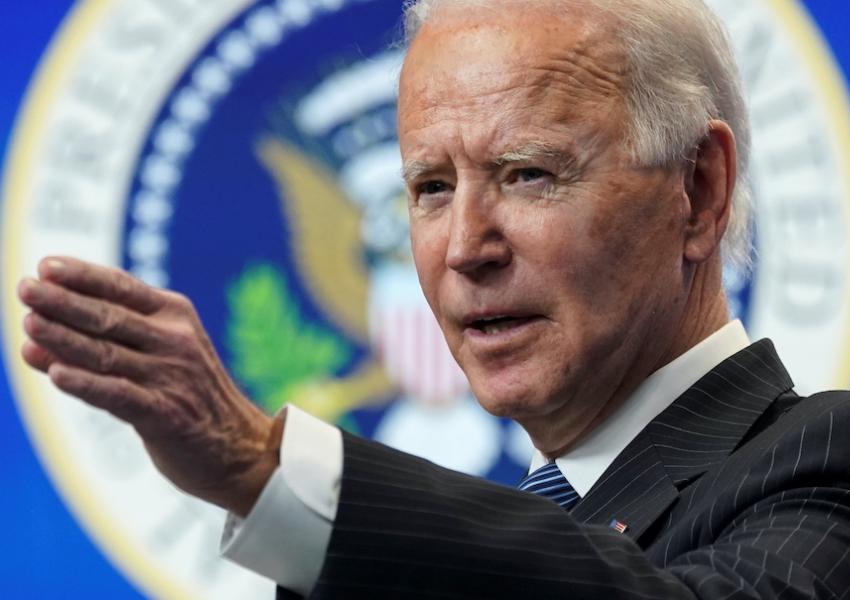 In an open letter to US President Joe Biden, 38 Iranian political prisoners, well-known opposition figures and political activists have called for the continuation of "maximum political, diplomatic and financial pressure" on the Iranian regime.

The activists and political prisoners include individuals who have been jailed after demanding Iranian Supreme Leader Ali Khamenei's resignation in a letter signed by fourteen dissidents in 2019.

They called on President Biden to recognize the Iranian people's demand for a secular and democratic Constitutional Law.

Biden has voiced his intention to return to the 2015 nuclear deal that his predecessor withdrew from calling it a bad deal. A return to the agreement would mean at least a reduction of US sanctions that have squeezed the regime’s resources.

The signatories of the letter also called for Biden's support for non-violent transition to a secular democratic system through “a free and fair referendum."

"The current political situation in Iran and the Middle East has provided a historic opportunity for the people of Iran to demand a national government and a secular democratic system after a century of non-violent struggle," they said.

The signatories include Manouchehr Bakhtiari who has been jailed for protesting his son's murder by security forces during the November 2019 unrest, and some of those who demanded Khamenei's resignation, including Dr. Kamal Jafari Yazdi, Mohammad Hossein Sepehri, Fatemeh Sepehri and Mohammad Nourizad, as well as many well-known opposition figures such as Kourosh Zaim, human rights activists such as Pouya Jegarvand and several civil rights activists including Farangis Mazloum and Behfar Lalehzari.

Many of these activists including artists, journalists, teachers and workers are still in jail and some others have already served long prison terms for demanding their rights.

The signatories stressed that “The Islamic Republic regime has spent billions of dollars released following the 2015 nuclear deal on exporting their totalitarian ideology through funding terrorism, developing a missile program to facilitate aggression in the Persian Gulf region and beyond, and destabilizing the Middle East region."

Pointing out that the Islamic Republic is on the verge of collapse following major nationwide protests in Iran in recent years, the signatories reminded that Iran's regional influence has been gradually declining following the peace deals between Israel and some Persian Gulf and Middle East states.

The letter signed on February 1, states that despite the regime's brutal crackdown on protesters, many Iranians are continuing protests and strikes against the Islamic Republic and its leader Ali Khamenei while the coronavirus pandemic is raging on and claiming lives because of lack of proper planning by the government.

The letter further points out that Iran's religious government has lost its legitimacy and Iranians showed the regime's unpopularity to the world by boycotting the Parliamentary elections in February 2020.

It is significant that the letter has been published at a time when the Islamic Republic is celebrating the 42nd anniversary of the Islamic revolution with defiant missile tests and pompous speeches by military commanders.

The letter has been widely published by Persian-speaking media outlets outside Iran as the media based inside the country are not allowed to publish it fearing losing their publication licenses.

City officials in Iran's capital Tehran are planning to put locks on large waste containers in the streets to prevent garbage pickers from accessing waste. END_OF_DOCUMENT_TOKEN_TO_BE_REPLACED

The Biden Administration has confirmed to the US Congress that sanction imposed by its predecessor on Iran have drastically reduced Iran's trade with the world. END_OF_DOCUMENT_TOKEN_TO_BE_REPLACED

The UK government said on Sept 20 that Britain would "not rest" until all its dual nationals being held in Iran were returned home. END_OF_DOCUMENT_TOKEN_TO_BE_REPLACED