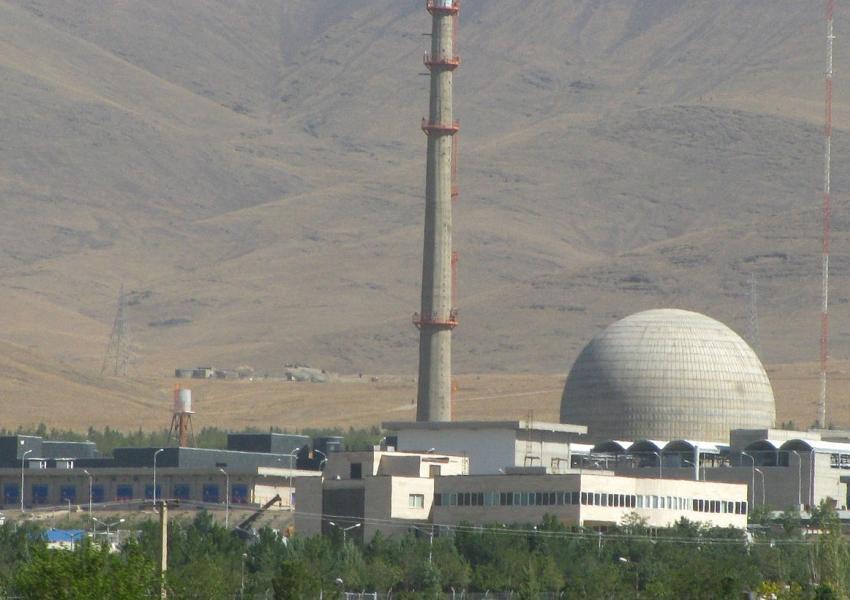 Iran will cold-test the redesigned Arak nuclear reactor in preparation for its full commissioning later in the year, Behrouz Kamalvandi, spokesman for the Atomic Energy Organization of Iran (AEOI) said in an interview published on Friday [March 19] by the Iranian Students News Agency (ISNA).

The Arak reactor, known as the IR-40 and situated about 250 km (155 miles) southwest of Tehran, was shut down in 2015 under the Joint Comprehensive Plan of Action (JCPOA). As part of its deal with world powers, Iran agreed to restart the reactor only when redesigned with assistance from other JCPOA signatories to preclude any route to a plutonium-based nuclear weapon. The reactor core was rendered unusable with concrete in January 2016.

"The work for redesigning the Arak Reactor slowed down with the withdrawal of the United States from the JCPOA, but the Chinese continued [the work]," Kamalvandi said. "Alongside the Chinese, we tried to push ahead on our own." Kamalvandi made clear the US could collaborate in the reactor's redesign if it returned to the JCPOA, which President Donald Trump left in 2018 while imposing draconian sanctions on Iran. "But we can continue the [implementation of the work] without them and even the Chinese."

Kamalvandi said parliament had asked the AEOI to investigate the "rebuilding" of the original reactor – which he suggested was not in AEOI immediate plans. "Our experts believe that the redesigned reactor is more efficient for research and we should complete it. This means that building a reactor like the original reactor has to start from scratch in another location."

Iran has always said the IR-40, a natural-uranium fueled heavy-water reactor, would be used only for research and development, and for medical and industrial isotope production. But broadly similar types of reactors are used by Israel, India and Pakistan to produce plutonium for nuclear weapons – all outside International Atomic Energy Agency (IAEA) monitoring, which Iran undergoes as a signatory of the Nuclear Non-Proliferation Treaty. China, which is a nuclear-armed state within the NPT, has considerable experience with heavy-water reactors.

While operating the redesigned Arak reactor is within the terms of the JCPOA, Tehran has recently accelerated breaches of the deal's nuclear restrictions, apparently to convince the Biden administration to end ‘maximum pressure’ and return to the 2015 deal. The expansion beyond JCPOA limits began in 2019, after US withdrawal in May 2018 and reimposition of sanctions.

The IAEA on March 15 verified that Iran had started enriching uranium at its underground Natanz plant with a second type of advanced centrifuge, the IR-4, in its latest breach of the deal. The JCPOA restricts enrichment at Natanz plant to less efficient, first-generation IR-1 machines. The enrichment level has reached 20 percent.

On Thursday Iran’s Parliament Speaker Mohammad Bagher Ghalibaf (Qalibaf) denied there were disagreement in Iran over priorities. "All authorities and people want one thing and that is the lifting of the sanctions," he said. Ghalibaf explained that legislation passed in parliament in December demanding enrichment to 20 percent and limits on IAEA access was a "bargaining chip to create better opportunities for negotiations and removal of the sanctions."

The law passed by the parliament mandated the government, unless the US lifted sanctions, to halt the implementation of the Additional Protocol and any IAEA access beyond the Safeguards Agreement. President Hassan Rouhani and government officials including Foreign Minister Mohammad Javad Zarif strongly opposed the bill but subsequently accepted they were obliged to implement it.

City officials in Iran's capital Tehran are planning to put locks on large waste containers in the streets to prevent garbage pickers from accessing waste. END_OF_DOCUMENT_TOKEN_TO_BE_REPLACED

The Biden Administration has confirmed to the US Congress that sanction imposed by its predecessor on Iran have drastically reduced Iran's trade with the world. END_OF_DOCUMENT_TOKEN_TO_BE_REPLACED

The UK government said on Sept 20 that Britain would "not rest" until all its dual nationals being held in Iran were returned home. END_OF_DOCUMENT_TOKEN_TO_BE_REPLACED