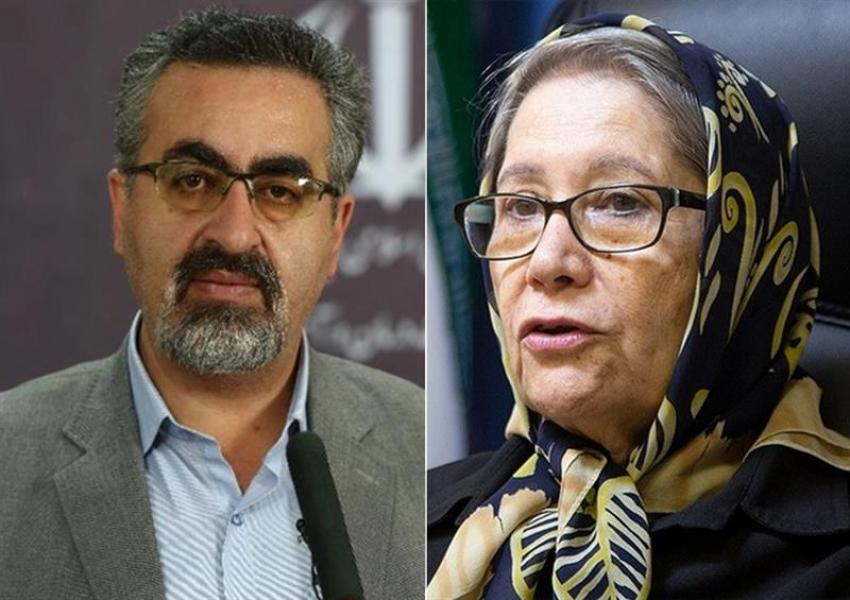 Iran’s decision to import the Russian Sputnik V Covid-19 vaccine has fueled a war of words among officials and health experts, with the Food and Drug Agency (FDA) saying an infectious disease expert lacked “the stature” to judge the Russian vaccine.

Iran’s Supreme Leader Ali Khamenei banned American and British vaccines earlier in January, throwing plans to start vaccination off track. Iran says it is developing homegrown vaccines, but these are expected to take months to become available. Meanwhile, vaccination is in full swing in Israel and Saudi Arabia, Iran’s chief rivals in the region.

Controversy erupted immediately when on January 25 Iran’s Foreign Minister Mohammad Javad Zarif suddenly announced a decision to import the Russian vaccine, which has not yet been approved by the World Health Organization or the European Union.

Dr Bahram Parsaei, a physician and former parliament member, said in series of tweets on Friday, that he would not take the Russian vaccine. He was scathing of Zarif: “We must remember when the people of this country… sought the vaccine approved by world academic organizations to remain alive, our foreign minister who should be protecting our national interests was purchasing an unapproved vaccine from Russia.”

Dr Minoo Mohraz, a member of the Coronavirus Taskforce’s scientific committee and an infectious diseases specialist, also said she would refuse the Russian vaccine, and that buying it was the “Iranian people’s bad luck.” Mohraz argued that Iran’s FDA had no right to distribute a vaccine or medicine that had not been approved by a credible authority.

A spokesman for the FDA, Kianoush Jahanpour, hit back by saying Mohraz lacked the “stature” to judge the Russian vaccine.

Adding a further twist, Dr Mohammad-Reza Hashemian, head of the intensive care unit at Tehran’s Masih Daneshvar hospital, said that the health ministry had six months ago refused his request to acquire the Russian vaccine for medical staff. Hashemian insisted it was the foreign ministry rather than the FDA that had pursued the Sputnik vaccine.

“If they were supposed to import the Russian vaccine why they did not do that [then]? Why did they wait and see thousands of lives lost?” Hashemian told Jahan Sanaat website Saturday [January 30].

The chairman of parliament's health committee Staurday was the first politican who joined the professionals in rejecting the Russian virus. Hosseinali Shahriari said that he will not take the Sputnik V and said top officials should be first to be inoculated with any vaccine they give to the people.

Iran has applied to receive 16.8 million doses of Western vaccines so far approved by the WHO’s Covax distribution system. It is not clear if the request has been annulled by Khamenei’s ban, and Iranian officials have also suggested Iran will buy the Oxford-AstraZeneca vaccine from India. Countries using the Sputnik vaccine include Serbia, Argentina, the United Arab Emirates and Belarus. Hungary is the only EU member to order supplies, after expressing frustration at the time taken by the EU to approve vaccines.

City officials in Iran's capital Tehran are planning to put locks on large waste containers in the streets to prevent garbage pickers from accessing waste. END_OF_DOCUMENT_TOKEN_TO_BE_REPLACED

The Biden Administration has confirmed to the US Congress that sanction imposed by its predecessor on Iran have drastically reduced Iran's trade with the world. END_OF_DOCUMENT_TOKEN_TO_BE_REPLACED

The UK government said on Sept 20 that Britain would "not rest" until all its dual nationals being held in Iran were returned home. END_OF_DOCUMENT_TOKEN_TO_BE_REPLACED