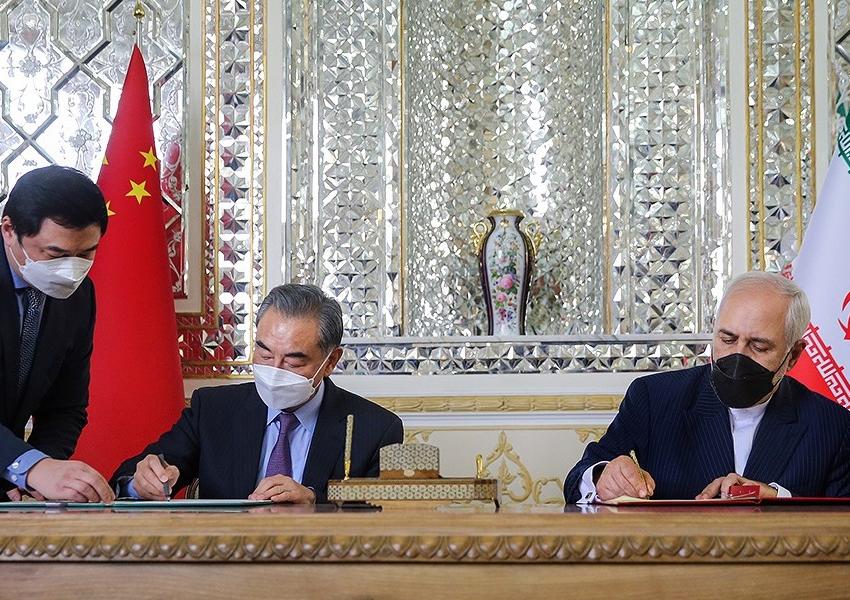 While Iranian officials are usually quick to respond to developments they deem as positive for the Islamic Republic, the only Iranian official who reacted to the signing of the Comprehensive Cooperation Document with China by early evening of Saturday March 27 was Iran's ambassador to Brazil.

Hosein Gharibi characterized the document as "the starting point of a new world order," but did not have much to say about it other than "paying respect to the East." Due to the secretive nature of the deal, even Iranian officials do not know much about the content of the "roadmap", as Iranian Foreign Minister Mohammad Javad Zarif called the agreement.

On the other hand, starting from a day before the deal was signed hot debates were raging on Persian social media about what most people called "the 25-year Sino-Iranian cooperation contract." The Persian hashtag "the 5-year cooperation document" has been trending n Twitter since Saturday morning. Many Iranian are outrages at the agreement calling it a sell-out.

The editor of reformist Etemad daily's international relations desk Sara Massoumi, a journalist with close ties to the Iranian Foreign Ministry, wrote in a series of tweets on March 27 that "There is absolutely no mention of any [monetary] figure or any exclusive rights in this document."

She said that after the document is finalized and approved by the two countries' legislatures, separate contracts need to be concluded for each case. So there is no figure about the volume of transactions." She added that "There is no time frame mentioned in any one of the clauses of this document, so, the 25-year time frame is for the general roadmap, not for individual contracts." 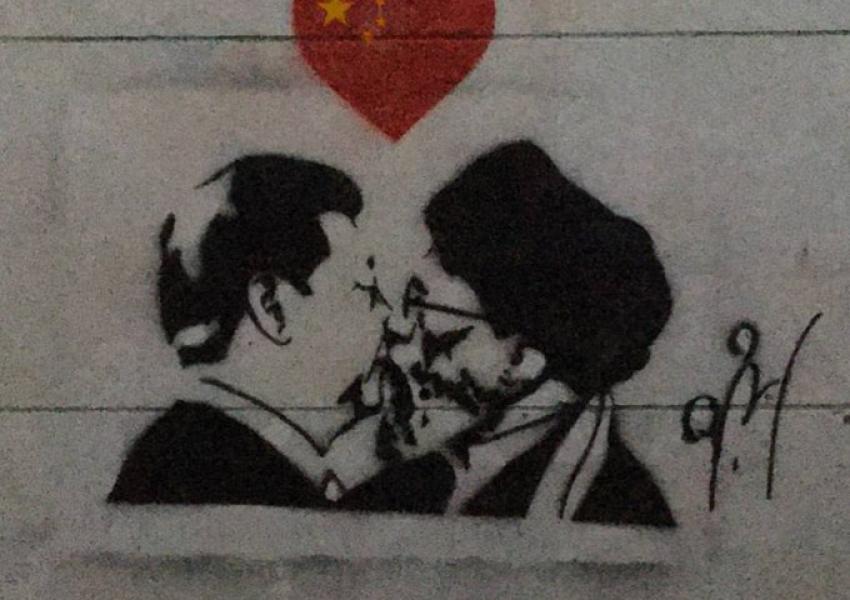 She also mentioned that "this is a strategic and not an executive document, so no money is going to change hands based on this document."

Twitter user Ashkan asked her "Why the contents of this document have been kept secret?" Massoumi replied that "this is because Iran is under sanctions and its every move is being monitored."

Many others expressed their misgivings about the secrecy surrounding the contents of the agreement. Iranian journalist Mehdi Jalali said it is frighting that nothing has been shared wuth the public about the details of this agreement.

Many Twitter users as well as many users on Telegram have said that Iran will eventually fall in China's "debt trap" like several other countries in Africa and Central and South America.

Another Iranian journalist Siavash Fallahpour, who supports the agreement, opined that the coming to power of a Democratic administration in the United States, gave Iran a free hand to make a deal with China, since there was less of a chance of US retaliation against Beijing. He argued that Iran got closer to China after President Joe Biden's election, adding that it would be a mistake by Iran to ignore the post-JCPOA opportunity for forging a trade deal with China.

Responding to those who believe it was the failure of the 2015 nuclear deal that prompted Iranian leader Ali Khamenei to start a deal with China, Iranian analyst Mehdi Mahdavi Azad said during an interview with Iranian International TV that Khamenei started the negotiations over this deal with the Chinese when the JCPOA was signed and before any US sanctions.

Mahdavi Azad said the deal is meant to serve the interests of hardline clerics at the core of the Iranian regime. "That is why no one in the Rouhani administration is in the charge of this project and Khamenei has appointed Ali Larijani to finalize the deal with China," he said, adding that very little information has been given away about this deal "but the general spirit of this document calls on China to invest some $400 billion in Iran against up to 32 percent discount on the price of oil and can paying the discounted price in Chinese Yuan up to two years after purchase."

He added that based on the agreement, China can deploy up to 5,000 troops in Iran to protect its projects while Iran’s harbors have to host Chinese vessels including warships for indefinite periods as long as the "strategic" document remains valid."

Mahdavi Azad also said that Khamenei came up with the idea of the "strategic cooperation" with China only to deal a blow at the West.

City officials in Iran's capital Tehran are planning to put locks on large waste containers in the streets to prevent garbage pickers from accessing waste. END_OF_DOCUMENT_TOKEN_TO_BE_REPLACED

The Biden Administration has confirmed to the US Congress that sanction imposed by its predecessor on Iran have drastically reduced Iran's trade with the world. END_OF_DOCUMENT_TOKEN_TO_BE_REPLACED

The UK government said on Sept 20 that Britain would "not rest" until all its dual nationals being held in Iran were returned home. END_OF_DOCUMENT_TOKEN_TO_BE_REPLACED