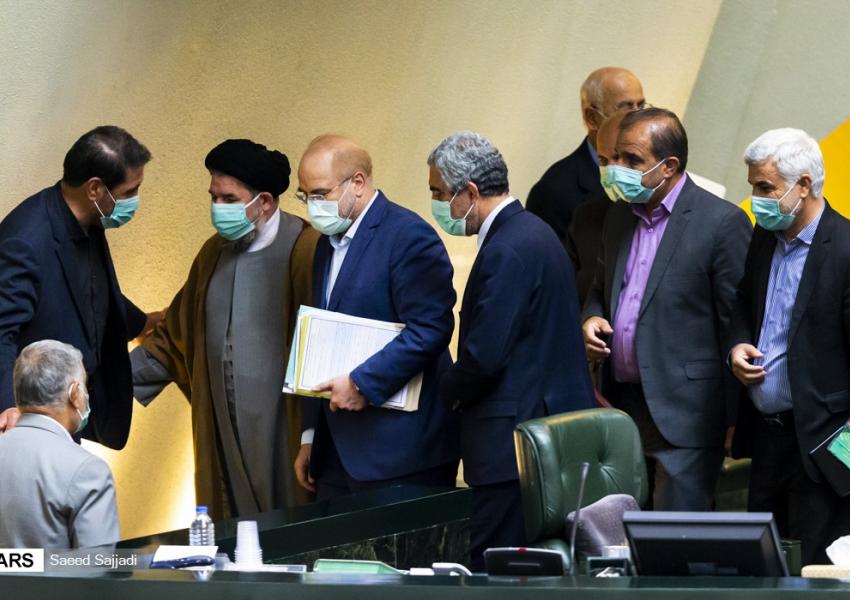 Iranian politicians and journalists have shown mixed reactions to the September 12 agreement between the Islamic Republic and the International Atomic Energy Agency (IAEA) Director-General Rafael Grossi to resume the agency's limited monitoring of Iran's nuclear facilities.

While some observers have been praising President Ebrahim Raisi (Raeesi) for the breakthrough in relations between Iran and the IAEA, which were seriously strained following a decision by parliament in December to reduce IAEA monitoring, others pointed out the dramatic change in the attitudes of hardliner politicians who were earlier ruling out any compromise with the nuclear watchdog.

Moderate conservative news website Entekhab, on Monday quoted Iran's former nuclear chief Fereydoun Abbasi as saying, that the agreement between the Islamic Republic and the IAEA will stop the “excuses world powers use” to justify exerting pressure on Tehran. This comes while Abbasi insisted during former President Hassan Rouhani's presidency that Iran should cut off all ties with the UN nuclear agency.

Entekhab highlighted Abbasi’s harsh reaction in March to the Rouhani administration's temporary three-month deal with the IAEA to allow continued operation of its cameras in nuclear sites. At the time, Abbasi and other Iranian hardliners nicknamed "the concerned" also accused Rouhani and his team of compromising Iran's interests by trying to include talks about Iran's missile program and regional ambitions in a series of negotiations with the United States.

In another development, Mohamad Mohajeri, the managing editor of moderate conservative Khabar Online website wrote in a 13 September tweet: "The agreement with the IAEA is a major victory for  Raisi. By taking just one action, Raisi satisfied IAEA Chief Rafael Grossi and gave hope to the Iranian people. Meanwhile, he shelved parliament’s legislation… and knocked out Speaker Mohammad Bagher Ghalibaf and hardliner lawmaker Mojtaba Zolnour." Mohajeri finished his tweet with the Persian hashtag #Thank You Raisi.

Comments under Mohajeri's post were not as supportive of Raisi. One user noted that there is no difference between Raisi and Rouhani, and two others opined that it was not Raisi who made the deal with the IAEA, as Supreme Leader Ali Khamenei and his son Mojtaba are pulling the strings from behind the scenes. Yet another Twitter user said, "What is important is reducing tensions, lifting the sanctions and making the people feel comfortable. No matter who does this, we are grateful for that."

Aftab Yazd daily in Tehran offered a few insights in an extensive front-page story and a commentary by its editor-in-chief Alireza Karimi. The daily wrote that between the lines of Sunday's agreement one could read that "politics is an arena where reality rules and there is no room for ambiguous and hollow slogans." The reformist paper that now supports Raisi was pointing out that many speeches made by Iranian officials under Rouhani did not lead to any tangible result but one action under Raisi turned out to be fruitful.

Nonetheless, the daily noted in the interest of fairness that "if the same agreement was made under Rouhani, the former President and his aides would have been accused of treason and selling out the country."

The daily also noted that although there has been no reaction by the hardliner dominated Majles to the agreement, they should realize that the deal was totally in contravention of the December 2020 ratification by the Majles.

The silence of Iran's outspoken parliament could be another indication that the agreement was made with Khamenei's approval.

Iran needs hard currency for coming out of its deep economic crisis. And the agreement with IAEA could be the first step in making further compromises that could revive the JCPOA, lift the sanction and bring in the badly needed cash.

Iran's president Ebrahim Raisi addressed the UN General Assembly saying his country wants a resumption of nuclear talks with world powers to lead to the removal of US sanctions. END_OF_DOCUMENT_TOKEN_TO_BE_REPLACED

President Joe Biden told the UN General Assembly on September 21 that he will prevent Iran from getting nuclear weapons. END_OF_DOCUMENT_TOKEN_TO_BE_REPLACED

India has seized nearly three tons or $2.72 billion worth of Afghan heorin shipped from Iran. END_OF_DOCUMENT_TOKEN_TO_BE_REPLACED

Iran's foreign ministry spokesman has said that nuclear talks with world powers will start in a few weeks but has not given a firm date. END_OF_DOCUMENT_TOKEN_TO_BE_REPLACED