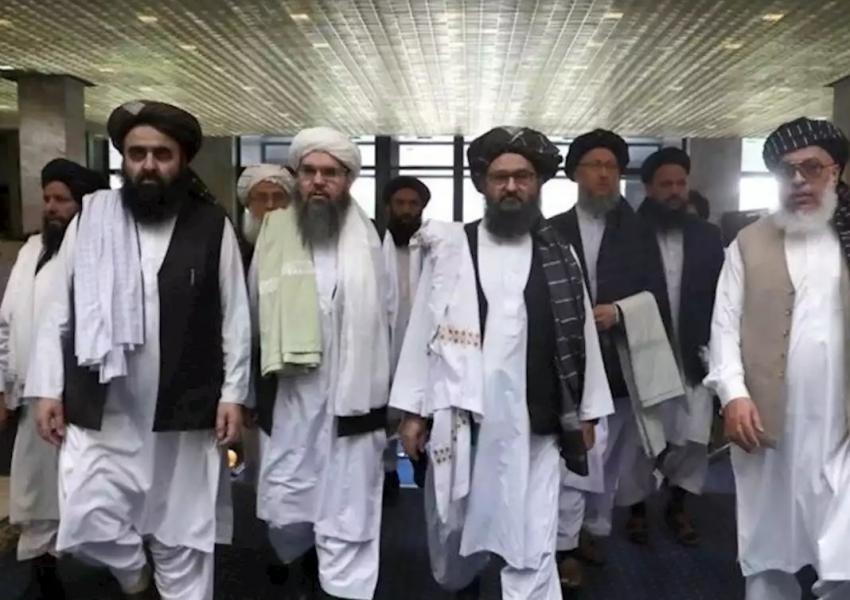 Sadollah Zarei, regular contributor to the hardliner Kayhan newspaper, in a commentary Saturday has advocated an Iran-Taliban alliance against the United States and backed his arguments with a claim that the Taliban had followed Ruhollah Khomeini, leader of the 1979 Iranian revolution, in establishing their country’s independence against corrupt foreign-backed rulers.

"Worthy of note is that in the past two decades, the Taliban have been following the call of the founder of the Islamic Republic, Ayatollah Ruhollah Khomeini on Muslims to strive to form governments that are independent of oppressing foreign powers and fight against corruption at home," Zarei wrote.

Zarei concluded his commentary by declaring that "Iran's ever-growing power and the formation of an active [joint Iran-Afghan] resistance" is what worries the US most.

The main foreign power, observed Zarei, was the United States, which in August ended its 20-year military presence following President Donald Trump’s 2020 Doha agreement with the Taliban. The well-known analyst observed that the greatest US worry was "Iran's evermore strengthening and the formation of an active [Iran-Afghan] resistance."

Other media in Iran such as the centrist-conservative Khabar-Online website have highlighted Kayhan’s article, portraying it as yet another attempt by hardliners to show their new-found admiration for the Sunni extremist group.

Kayhan newspaper has in the past few months analyzed the Taliban as changed from 20 years ago. In June a commentary the paper noted that the movement was no longer committing sectarian crimes against Afghan Shiites and had stopped beheading people.

Many in Iran, including some influential senior Shiite clerics in the religious city of Qom are skeptical of the Taliban and its pledges not to harm Afghanistan's Shiite minority.

Kayhan previously described Taliban leaders as "Sufis (Muslim ascetic and mystics), not takfiris (those who accuse others of apostasy, used in a pejorative sense." This, he has argued, made the Taliban different from those like the Islamic State group (Isis, Isis) and Wahhabis – who follow the strain of Islam predominant in Saudi Arabia − who deem Shiism apostasy.

Kayhan, the hardliner newspaper funded by the office of Supreme Leader Ali Khamenei, has a small circulation but subscribers include many governmental and military organizations and libraries. Other Iranian media and politicians often highlight Kayhan editorials and commentaries, particularly those by its colorful editor Hossein Shariatmadari, who has for decades opposed nuclear talks with world powers.

Zarei claimed the Taliban had accepted Iran's national interests, including border security and preventing Afghan soil from being used to threaten Iran. The Taliban were also interested in maintaining trade and co-managing water resources, he noted.

Zarei took up the argument widely used internationally that the Taliban understood the benefits of international recognition and of "and a closer and more friendly regional and international environment."

The new Afghan rulers, he wrote, sought a "regional-international alliance" to help them attain international legitimacy. This, he opined, would need to be made up of Iran, China, India, Russia, Tajikistan, Turkmenistan, and Uzbekistan – and to exclude the US, Britain, France, and Saudi Arabia.

Zarei suggested Pakistan would not be part of this alliance as Islamabad would turn against the Taliban if the movement tried to annex the Pashtun tribal areas in the north of Pakistan. The Taliban is often seen as a mainly Pashtun movement, but also closely supported by Pakistan since the 1990s.

Iran's president Ebrahim Raisi addressed the UN General Assembly saying his country wants a resumption of nuclear talks with world powers to lead to the removal of US sanctions. END_OF_DOCUMENT_TOKEN_TO_BE_REPLACED

President Joe Biden told the UN General Assembly on September 21 that he will prevent Iran from getting nuclear weapons. END_OF_DOCUMENT_TOKEN_TO_BE_REPLACED

India has seized nearly three tons or $2.72 billion worth of Afghan heorin shipped from Iran. END_OF_DOCUMENT_TOKEN_TO_BE_REPLACED

Iran's foreign ministry spokesman has said that nuclear talks with world powers will start in a few weeks but has not given a firm date. END_OF_DOCUMENT_TOKEN_TO_BE_REPLACED

Debate continues in Iran over the country's nuclear negotiating strategy, with some praising a tougher approach and others cautioning against dogmatism.
5 hours 53 min ago

There will be no meeting of the Iran nuclear deal participants on the sidelines of the UN General Assembly this week, the EU and Iran have announced.
11 hours 14 min ago