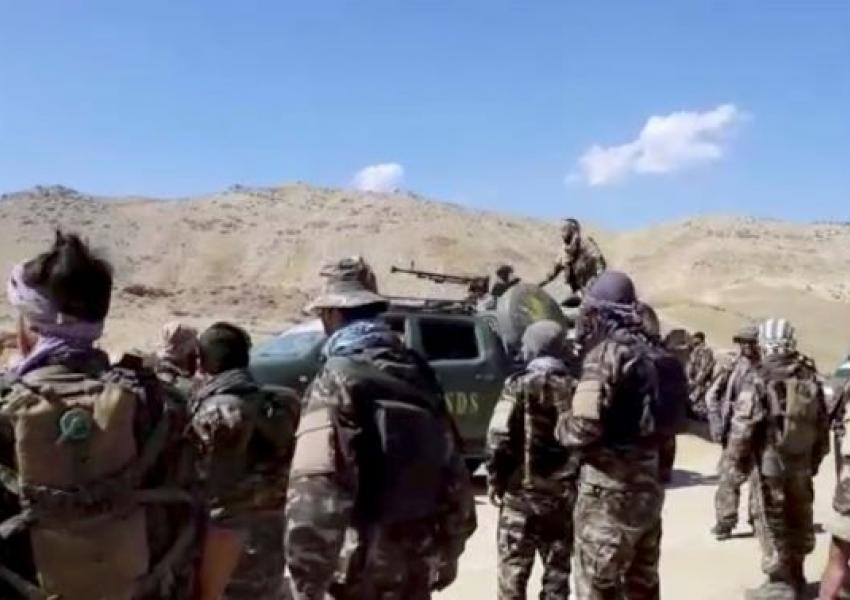 Iran's Foreign Ministry’s Spokesman Saeed Khatibzadeh has criticized Sunday evening’s aerial attacks on the Panjshir valley in northern Afghanistan allegedly carried out by Pakistan in support of the Taliban, who claimed Monday that they have captured the opposition stronghold.

"Last night's attacks are condemned in the strongest terms…and the foreign interference that you referred to must be investigated,” Khatibzadeh said in response to a question from a reporter at his weekly press conference Monday. “We are investigating it.”

Iran’s efforts towards establishing a broad-based government in Afghanistan, following the United States ending its 20-year military presence after President Donald Trump’s 2020 agreement with the Taliban, appear increasingly forlorn as the Taliban steps up efforts to capture Penjshir, where the National Resistance Front (NRF), an anti-Taliban group, is denying Taliban claims they have  control of the area.

Ahmad Masoud, leader of the NRF, said Sunday his fighters were ready to lay down their weapons if the Taliban agreed to end their assault. After their claim of victory, the Taliban assured the local people they would be safe, but there is no political pledge for an inclusive government. 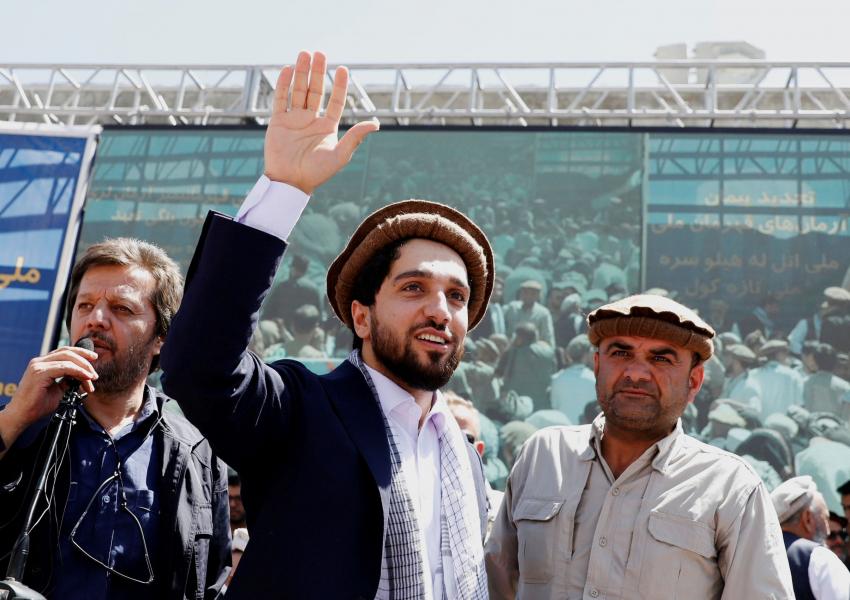 Without naming Pakistan, Khatibzadeh said Iran condemned "any foreign interference in Afghan affairs," called for intra-Afghan talks, and urged the Taliban to abide by their obligations under international law. He expressed concern about "starving the people of Panjshir, shutting their electricity and water and besieging them.”

In a telephone call Saturday, Iran's foreign minister Hossein Amir-Abdollahian, and Abdullah Abdullah, a former Afghan foreign minister who was expected from 2020 to lead intra-Afghan peace talks, discussed the "formation of an inclusive government with the participation of all Afghan ethnic groups and factions," according to the Iranian foreign ministry's website.

Iran has not recognized the Taliban government as it continues to monitor developments. State media has been cautious in its reporting. Some pundits say Iran should accept Taliban rule if the Sunni Taliban agree not to harm Afghanistan's Shiites, and to make the most of the group’s anti-Americanism.

Seyed-Mehdi Khezri, Friday prayer leader of Qazvin, said August 18 that while the Taliban were armed and radical, they were different to al-Qaeda, the Islamic State (Isis, Daesh), or the Wahabis, those following the austere Sunni Islam of the Saudi state. "Our number one enemy is the Arrogance [the United States],” Khezri said. Trump’s 2020 Taliban agreement was based on the same logic that the Taliban was hostile to groups like al-Qaeda and Isis.

Some hardliners supporting state policies in Iran have suggested the Taliban is no longer a threat to mainly Shiite Iran. In June,  Kayhan newspaper ran a commentary noting that "the Taliban have not committed any crime against the Shiite population of Afghanistan."

In an unattributed commentary Monday, the reformist Shargh newspaper suggested the state broadcaster (IRIB) was offering little coverage of Taliban attack on Panjshir. Shargh said IRIB had been unduly positive about life in Kabul and other cities after the recent Taliban takeover and described anti-Taliban fighters in Panjshir as "resistance."

Shargh argued that conservative and hardliner media had ignored Masoud, the NRF leader. Speaking live on Instagram, former Iranian chargé d’affaires in Afghanistan Mohammad-Hossein Jafarian accused some hardliners of character assassination of Masoud in support of the Taliban. Jafarian said Masoud had appealed in vain though him for Iranian support and then turned to the departed US.  "You are making a historical mistake and damaging both countries," Jafarian charged.

In a statement Monday, Iran's Reforms Front said there was a “danger of ethnic cleansing in Afghanistan and Panjshir” and urged the government to form “a crisis taskforce” for diplomatic management of Afghan policy. 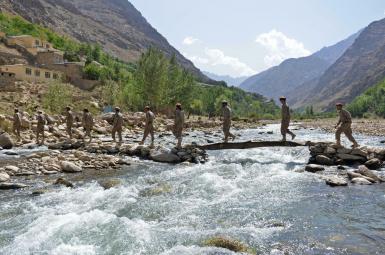 Iran's president Ebrahim Raisi addressed the UN General Assembly saying his country wants a resumption of nuclear talks with world powers to lead to the removal of US sanctions. END_OF_DOCUMENT_TOKEN_TO_BE_REPLACED

President Joe Biden told the UN General Assembly on September 21 that he will prevent Iran from getting nuclear weapons. END_OF_DOCUMENT_TOKEN_TO_BE_REPLACED

India has seized nearly three tons or $2.72 billion worth of Afghan heorin shipped from Iran. END_OF_DOCUMENT_TOKEN_TO_BE_REPLACED

Iran's foreign ministry spokesman has said that nuclear talks with world powers will start in a few weeks but has not given a firm date. END_OF_DOCUMENT_TOKEN_TO_BE_REPLACED

Debate continues in Iran over the country's nuclear negotiating strategy, with some praising a tougher approach and others cautioning against dogmatism.
6 hours 30 min ago

There will be no meeting of the Iran nuclear deal participants on the sidelines of the UN General Assembly this week, the EU and Iran have announced.
11 hours 51 min ago