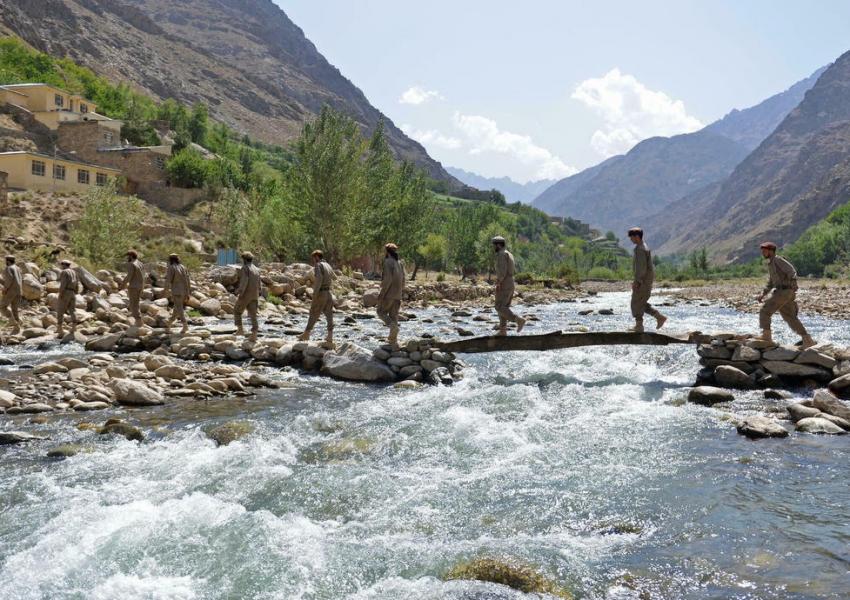 Nearly two weeks after the Taliban takeover of Afghanistan and a week after resistance against the Taliban started in the tiny Panjshir region in north-eastern Afghanistan, criticism of the government by Iranians and Afghans has been on the rise. Tehran appears to be deliberately ignoring the resistance and subtly supporting the Taliban.

The Taliban have launched repeated attacks this week to capture Panjshir but so far they have been pushed back apparently with heavy losses and many captured by the resistance. The government's position on Afghan developments, as well as its silence about the resistance in Panjshir, is visible across the Iranian media landscape in newspapers, news agencies, websites and the state radio and television.

The only exception is the Jomhouri Eslami daily newspaper, a publication originally founded by no one but Supreme Leader Ali Khamenei who was a leading member of the Islamic Republic Party in 1979 when the newspaper was launched. However, Khamenei has nothing to do with the slant of editorials in the paper and he has removed his name from the masthead many years ago.

The Jomhouri Eslami has been consistently characterizing the Taliban as a "terrorist group" and has been warning the Iranian government over the past months that the Taliban have not changed and that supporting them is not likely to serve Tehran's interests. 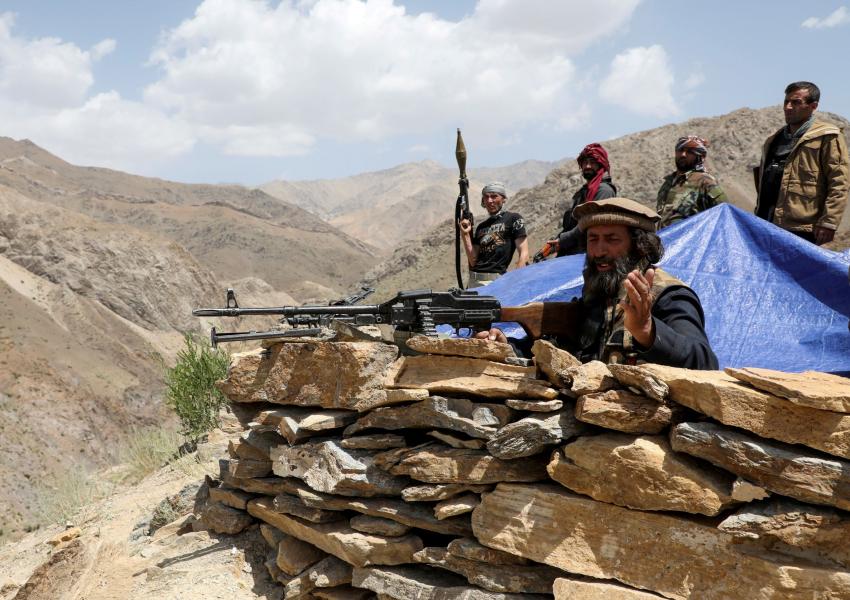 The daily's editor wrote on in an August 21 article: "The Taliban is promising civil liberties including women's rights to deceive the people and buy time before they can establish their fundamentalist government," adding that "Taliban leaders have told their men to wait until the group captures Panjshir, currently held by Ahmad Massoud, the son of the legendary Afghan Mojahedin commander Ahmad Shah Massoud, and then start to try and execute opposition figures."

The Iranian government portrayed Ahmad Shah Massoud as an Afghan national hero for many years, hoisted his gigantic posters alongside Tehran highways and the Iranian TV often called him "Shir-e Panjshir" (The lion of Panjshir) and praised his resistance against the Taliban before the group assassinated him in a terrorist attack in September 2001.

Iranian reporter Sheler Haghanifar tweeted from London on September 3: "Panjshir is standing against the self-proclaimed Islamic Emirate. Resistance is always the victorious party in the battlefield."

Others have pointed out that Tehran considers the Palestinian Hamas as freedom fighters while it ignores Panjshir’s fight for freedom.

Iranian journalist Hossein Dehbashi tweeted from Tehran on September 2: "Ahmad Massoud says he wants Panjshir for the whole of Afghanistan, not for himself. He is resisting and I wish somebody told him that he has instilled hope in the suppressed hearts of Iranians."

What specially makes Panjshir dear to the hearts of many Iranians is its Persian speaking population in contrast with the Taliban who are mainly Pashtuns.

Former Culture Minister Abbas Salehi tweeted on September 2: "Ahmad Massoud in Panjshir is saying that Afghanistan needs a new all-encompassing government, not just a Taliban administration. And the Taliban have encircled Panjshir only to silence him. Iran, the region and the world's security in the future depend on the forming of an all-encompassing government in Afghanistan. Let us support the words that are coming from Panjshir."

Another reporter in Tehran, Mira Ghorbanifar, wrote in a tweet that appeals to the world to come to Panjshir's rescue: "Shame on the world that fails to see that the Pakistani army has come to help the Taliban in the war against Panjshir. Shame on those who refuse to hear and see Panjshir's resistance."

Iran's president Ebrahim Raisi addressed the UN General Assembly saying his country wants a resumption of nuclear talks with world powers to lead to the removal of US sanctions. END_OF_DOCUMENT_TOKEN_TO_BE_REPLACED

President Joe Biden told the UN General Assembly on September 21 that he will prevent Iran from getting nuclear weapons. END_OF_DOCUMENT_TOKEN_TO_BE_REPLACED

India has seized nearly three tons or $2.72 billion worth of Afghan heorin shipped from Iran. END_OF_DOCUMENT_TOKEN_TO_BE_REPLACED

Iran's foreign ministry spokesman has said that nuclear talks with world powers will start in a few weeks but has not given a firm date. END_OF_DOCUMENT_TOKEN_TO_BE_REPLACED