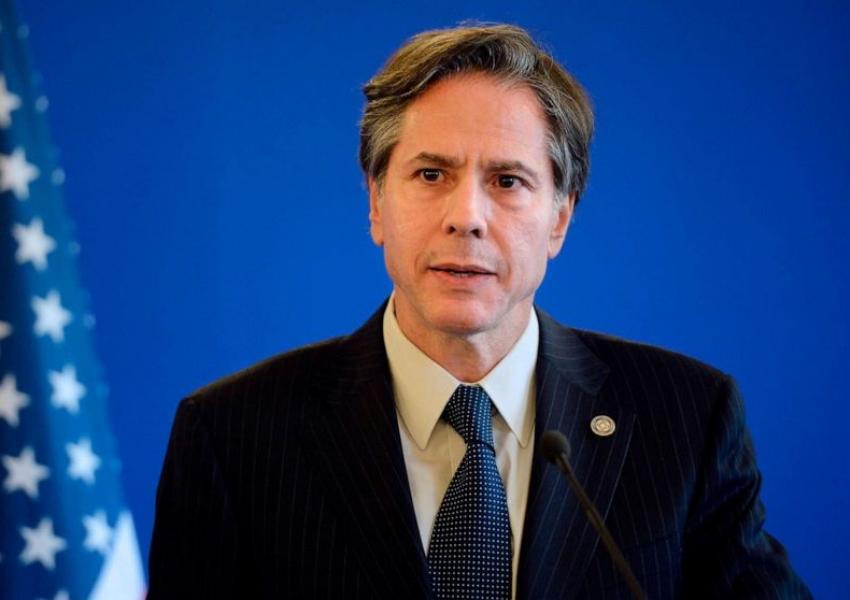 Iran's Missiles, Regional Issues Not On Agenda For Talks With US, Says Zarif

Hours before Joe Biden’s inauguration, Iran’s Foreign Minister Mohammad Javad Zarif told reporters in Tehran Wednesday morning that missiles and regional issues were not on the agenda of any talks over Iran’s nuclear program.

“We have initially agreed from the very beginning that these matters will not be included in the agenda for negotiations,” Zarif said. The foreign minister stressed that Iran had accepted UN Security Resolution 2231 – which endorsed Iran’s 2015 deal with world powers – including its five-year ban on arms trading and its eight-year limitation on certain kinds of ballistic missiles.

Zarif argued that Iran had consistently refused to include its missile program or regional role within the nuclear deal, the JCPOA (Joint Comprehensive Plan of Action). “We refused to talk about these matters and we paid a price for that,” he added, apparently referring to the draconian sanctions introduced by President Donald Trump after abandoning the JCPOA in 2018.

Zarif repeated Iran’s willingness to return to the JCPOA, thereby reversing the steps taken in its nuclear program beyond JCPOA limits after Trump abandoned the agreement. “We are not in a hurry,” Zarif said. If they lift the sanctions and comply with their obligations, we will also fulfil our obligations.”

The Iranian foreign minister denied a report in the French newspaper Le Figaro that said Iran’s United Nations envoy Majid Takhtravanchi had held talks with Biden’s representatives in New York over the past three weeks. He said Takhtravanchi had been in Iran and had returned to New York on Monday.

On Tuesday, Biden’s nominee for Secretary of State, Antony Blinken, said during his confirmation hearing with members of the Senate Foreign Relations Committee that the new administration’s priority with Iran was the nuclear issue.

In response to a comment from Republican Senator James Risch that any “new deal” should “address all the facets of Iranian bad behavior” and be submitted to the Senate for ratification, Blinken stressed the centrality of Iran’s atomic program. “An Iran with a nuclear weapon or with the threshold capacity to build one is an Iran that would act, potentially, with even greater impunity than it already is,” Blinken said.

Blinken said that while the Biden administration planned to return to the deal if Iran also returned to compliance, he said the administration was “a long way” from executing the plan and would first consult Israel and the Arab Gulf states.

Four other Biden nominees for key national security posts took part in the marathon confirmation hearing with members of the Senate committee as part of an initiative to quickly put in place the administration’s team. These included Avril Haines, Biden’s choice as Director of National Intelligence and Retired General Lloyd Austin, his nominee as Defense Secretary.

Echoing Blinken, Haines said that “frankly, we’re a long ways” from the revival of the JCPOA.  Austin told the committee that Iran’s behavior was destabilizing and that it represented a threat to US forces and “partners” in the region. “If Iran were ever to get a nuclear capability, most every problem we deal with in the region would be tougher to deal with because of that,” he said.

Austin suggested that Israel’s ‘normalization’ agreements with Bahrain, the United Arab Emirates and Morocco “put a bit more pressure on Iran,” and expressed hope this would “have good effects.”

City officials in Iran's capital Tehran are planning to put locks on large waste containers in the streets to prevent garbage pickers from accessing waste. END_OF_DOCUMENT_TOKEN_TO_BE_REPLACED

The Biden Administration has confirmed to the US Congress that sanction imposed by its predecessor on Iran have drastically reduced Iran's trade with the world. END_OF_DOCUMENT_TOKEN_TO_BE_REPLACED

The UK government said on Sept 20 that Britain would "not rest" until all its dual nationals being held in Iran were returned home. END_OF_DOCUMENT_TOKEN_TO_BE_REPLACED