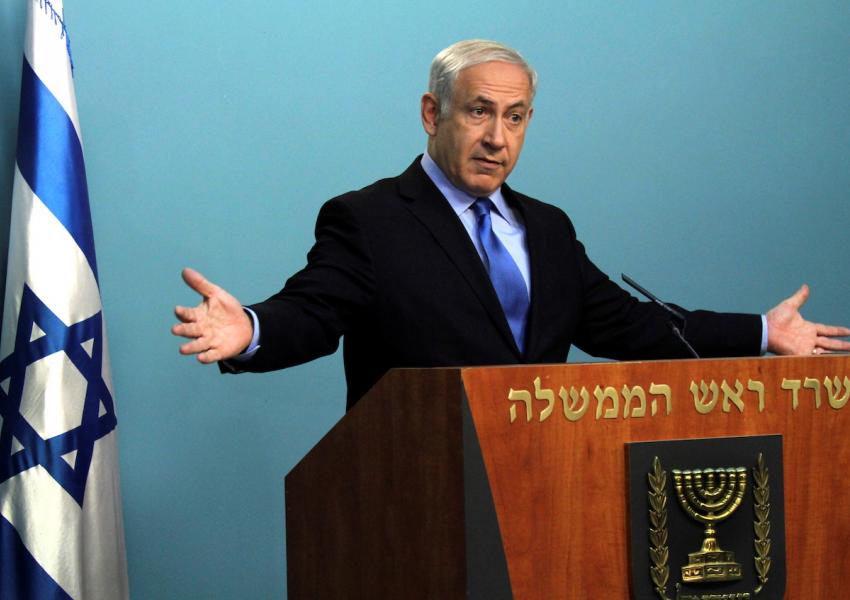 Israel Will Thwart Iran Nuclear Program At Any Cost, Netanyahu

Israeli Prime Minister Benjamin Netanyahu said Tuesday that the greatest threat to Israel's existence would be a nuclear-armed Iran and that the Jewish state would thwart Iran's atomic program at any cost, even if it led to friction with the United States.

“I’ve told this to my friend for 40 years, [US President] Joe Biden, and I said to him, ‘With or without a deal, we will continue to do everything in our power to thwart the armament of Iran with nuclear weapons,'" Netanyahu said at a ceremony for David Barnea, the incoming head of Mossad, Israel’s external intelligence agency, which answers directly to the prime minister.

The outgoing Mossad Chief Yossi Cohen said on Monday at a gathering marking the end of his five-year tenure that Israel had "penetrated into the heart of hearts of the enemy Iran.” Cohen highlighted the theft of Iranian nuclear archives that Netanyahu disclosed in September 2018 at the United Nations General Assembly, documents Iran said were at least partly forged.

“I don’t want to and cannot detail all that we did to fight the ayatollah regime that threatens to annihilate us,” Netanyahu said at Cohen’s departure ceremony. “This evening, as well, most of these things in the realm of subterfuge should remain in the shadows.”

Netanyahu’s warnings over the Iranian danger go back to 1992 when he told fellow members of the Israeli parliament that Iran was three to five years from being able to produce a nuclear weapon and that the threat should be "uprooted by an international front headed by the US."

Israel, believed to have around 200 nuclear weapons in its atomic program outside any international inspection, is widely assumed to have carried out several operations against Iran’s nuclear program.  These include killing at least five nuclear scientists since 2010, most recently Mohsen Fakhrizadeh on November 26, 2020 in Absard near Tehran.

Government and military officials offered different and sometimes contradicting accounts of Fakhrizadeh’s death, ranging from a “12-men operation” to “automatic weapons with no human agent involved” and “online attack controlled by satellite.”

A spate of explosions and fires at Iran's military, nuclear and industrial sites in the past year, including an attack on Natanz enrichment facility on April 11, have been attributed to Israel. Iran accused Israel of the Natanz explosion, which prompted Tehran to begin enriching uranium to 60 percent, far higher than the previous 20 percent.

Only hours after the incident the Jerusalem Post reported Mossad involvement in what they claimed was a cyberattack. Netanyahu appeared to refer to the Natanz incident the same day when he said "the fight against Iran and its proxies and the Iranian armament" was a "giant mission" for the Israeli security forces.

City officials in Iran's capital Tehran are planning to put locks on large waste containers in the streets to prevent garbage pickers from accessing waste. END_OF_DOCUMENT_TOKEN_TO_BE_REPLACED

The Biden Administration has confirmed to the US Congress that sanction imposed by its predecessor on Iran have drastically reduced Iran's trade with the world. END_OF_DOCUMENT_TOKEN_TO_BE_REPLACED

The UK government said on Sept 20 that Britain would "not rest" until all its dual nationals being held in Iran were returned home. END_OF_DOCUMENT_TOKEN_TO_BE_REPLACED