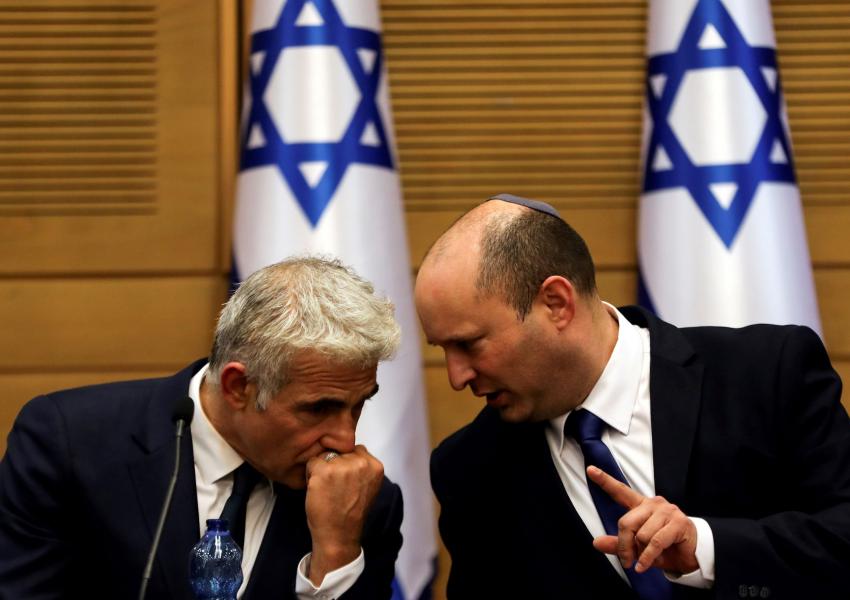 Israeli officials are alarmed by the victory of ultraconservative Ebrahim Raisi (Raeesi) in Iran’s presidential vote, saying that he is fully committed to Tehran’s nuclear ambitions and regional policies pursued by Supreme Leader Ali Khamenei.

“There will be no choice [now] but to go back and prepare attack plans for Iran’s nuclear program. This will require budgets and the reallocation of resources,” an unnamed source told Israel’s Channel 12.

Israel’s alarm at Raisi becoming president might prove to be one of the most important foreign reactions to the highly controlled election that propelled the hardliner cleric to victory after key candidates were barred from the race.

Raisi is one of the rare hardliners in Iran who has been relatively cautious in making bellicose statements on foreign or nuclear policies. In 2017, when he first ran for president, he did not oppose the nuclear deal, saying it was a collective decision by the regime. In his 2021 campaign, he also lent support to talks for restoring the 2015 nuclear deal. But he is certainly the handpicked person by Khamenei to become president and will cooperate with the agendas of the Revolutionary Guard and people in Khamenei’s circle of hardliners. Raisi has spent most of his life in judiciary positions acting as a judge with a brutal record, but he has no experience in foreign policy and will act as a cog in Khameni's wheel.

Israel’s Foreign Minister Yair Lapid tweeted after the announcement of Raisi’s victory: “Iran’s new president, known as the Butcher of Tehran, is an extremist responsible for the deaths of thousands of Iranians. He is committed to the regime’s nuclear ambitions and to its campaign of global terror.” He added, “his election should prompt renewed determination to immediately halt Iran’s nuclear program and put an end to its destructive regional ambitions.”

It appears that Israel’s new coalition government is determined to work closely with the United States, without limitations that former Prime Minister Benjamin Netanyahu had imposed on officials not to engage in detailed discussions regarding Washington’s plans to rejoin the 2015 nuclear agreement, the JCPOA.

Prime Minister Naftali Bennett reportedly wants to try his hand in influencing US policy at a critical juncture when the Biden Administration seems determined to reach an agreement with Tehran before Raisi takes office in early August. The tough Israeli statements could also be aimed at influencing the Biden administration.

Times of Israel reported that IDF Chief of Staff Aviv Kohavi leaves for Washington on Sunday to meet with US officials to discuss Iran’s nuclear program and its regional efforts to spread its influence in the region.

“The chief of staff will discuss with his counterparts current shared security challenges, including matters dealing with the Iranian nuclear threat, Iran’s efforts to entrench itself militarily in the Middle East, Hezbollah’s rearmament efforts, the consequences of the threat of precision-guided missiles and joint force build-up,” the military said.

Iran's president Ebrahim Raisi addressed the UN General Assembly saying his country wants a resumption of nuclear talks with world powers to lead to the removal of US sanctions. END_OF_DOCUMENT_TOKEN_TO_BE_REPLACED

President Joe Biden told the UN General Assembly on September 21 that he will prevent Iran from getting nuclear weapons. END_OF_DOCUMENT_TOKEN_TO_BE_REPLACED

India has seized nearly three tons or $2.72 billion worth of Afghan heorin shipped from Iran. END_OF_DOCUMENT_TOKEN_TO_BE_REPLACED

Iran's foreign ministry spokesman has said that nuclear talks with world powers will start in a few weeks but has not given a firm date. END_OF_DOCUMENT_TOKEN_TO_BE_REPLACED