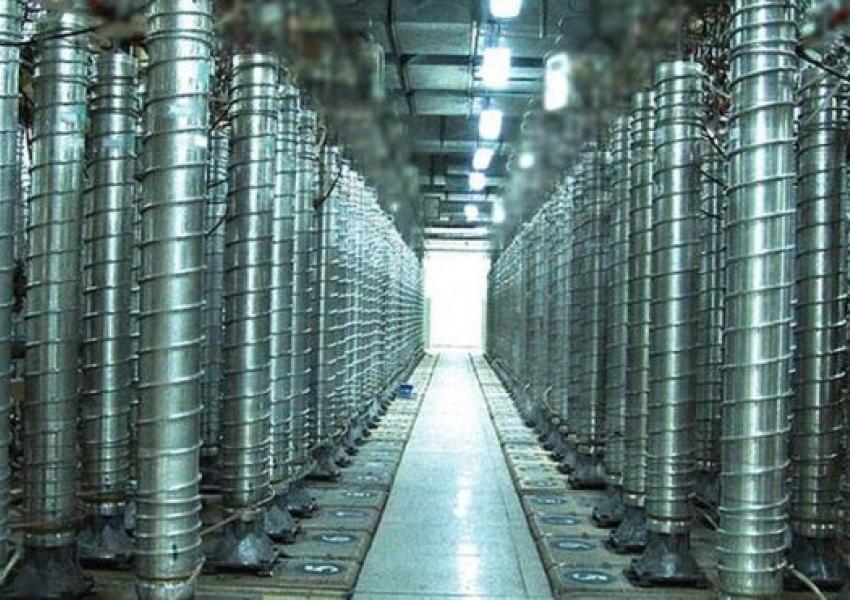 Iran has enriched and stockpiled 55kg of uranium to 20 percent purity since January and is on course to meet a target of 120kg annual production set by parliament, Iran's Atomic Energy Agency (AEOI) spokesman Behrouz Kamalvandi announced on Wednesday [April 7].

Kamalvandi told IRIB that the target could be reached in under eight months. Under its 2015 agreement with world powers, the Joint Comprehensive Plan of Action (JCPOA), Tehran limited enrichment to 3.65 percent and that year shipped out to Russia around 196kg of 20 percent-enriched uranium, retaining a small amount as fuel for the Tehran research reactor.

Kamalvandi drew attention to the way relatively advanced centrifuges made the program more efficient. “We can say that we are quickly acquiring whatever we gave up for the sake of the JCPOA and will soon be in a better place than before it was agreed,” he said. According to JCPOA limits on Iran’s centrifuges will end by 2027.

Kamalvandi said although the number of centrifuges now in operation is less that before, the rate of enrichment has gone up due to the use of new generation centrifuges such as IR6 which has an eight-fold capacity in comparison with the first-generation centrifuges. According to Kamalvandi 1,000 IR2M have been installed as well as an IR4 cascade and a second cascade is to become operational soon. "In view of the law passed by the parliament, an IR6 cascade has been installed and more are on the way. "We can say that we are quickly acquiring whatever we gave up for the sake of the JCPOA and will soon be in a better place than before it was agreed."

Iran and the remaining JCPOA signatories on Tuesday established two expert groups to review United States sanctions and details of Iran’s nuclear program before talks resume on Friday.  The United States, which wants to return to the JCPOA after leaving it in 2018 before imposing sanctions on Iran, sent a delegation to Vienna for an indirect involvement.

On Tuesday deputy foreign minister Abbas Araghchi ruled out a proposal – reportedly being discussed in the Biden administration – that Tehran should suspend 20 percent enrichment in return for Washington ‘allowing’ release of $1 billion frozen abroad by banks fearful of punitive US action.

Under the JCPOA, Iran agreed to give up its stockpile of 20-percent enriched uranium, cut its stockpile of low-enriched uranium by 98 percent, reduced the number of its gas centrifuges for 13 years, and agreed to enrich uranium only to 3.67 percent. In January, it rolled back some of its commitments under the deal, including resuming 20-percent enrichment, in retaliation for US economic sanctions.

City officials in Iran's capital Tehran are planning to put locks on large waste containers in the streets to prevent garbage pickers from accessing waste. END_OF_DOCUMENT_TOKEN_TO_BE_REPLACED

The Biden Administration has confirmed to the US Congress that sanction imposed by its predecessor on Iran have drastically reduced Iran's trade with the world. END_OF_DOCUMENT_TOKEN_TO_BE_REPLACED

The UK government said on Sept 20 that Britain would "not rest" until all its dual nationals being held in Iran were returned home. END_OF_DOCUMENT_TOKEN_TO_BE_REPLACED