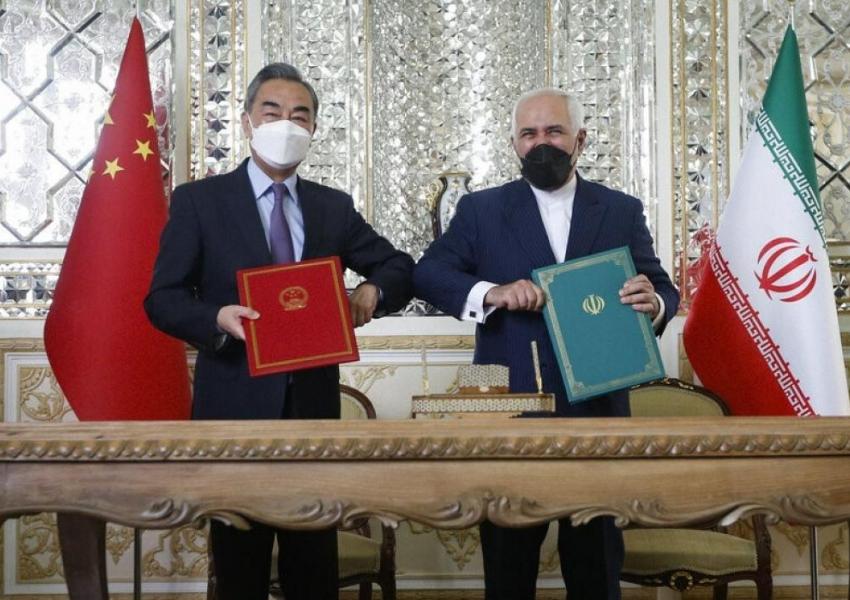 In a letter to China's President Xi Jinping, more than 200 Iranian political activists have protested to the signing of the 25-Year Comprehensive Cooperation pact on March 27, calling it "invalid and inhumane. "

"The Iranian nation, particularly its political elite many of whom are being tortured in jail or have been forced to live in exile, believe that this contract is not valid," the letter said. Many Iranians, including some politicians, have also protested against the secrecy around the pact with China and asked why the nation is being kept in the dark about the contents of this document. Some have also asked why the Iranian Parliament's views were not sought prior to signing the document.

Iranian officials and some news agencies have argued that the document is simply a roadmap, not a contract or agreement, so the government has no obligation to reveal its contents. They said the document in its present form simply reflects the two sides' interest in expanding mutual ties, but many believe there are hidden aspects in the deal.

Foreign Minister Zarif and other Iranian officials had promised to publish the contents of the deal once it became finalized. A "leaked" version of the initial document was widely published in 2020 but its authenticity could not be ascertained. Details of the agreement signed by Foreign Minister Mohammad-Javad Zarif and his Chinese counterpart Wang Yi on Sunday have not been disclosed yet but to appease public criticism, the Iranian foreign ministry on Monday published a fact sheet that lists some of the things that the agreement does not include.

Some of the signatories of the letter to the Chinese President had in June 2019 called on Supreme Leader Ali Khamenei to step down and pave the way for a secular government to be formed following a referendum. The signatories stressed that the 25-year strategic contract with China is against Iran's national interests and lacks any legal, ethical, and humanitarian merit. In their letter  they have charged that the Islamic Republic does not represent the people of Iran and has signed this contract only to ensure its own survival.

Meanwhile, social media reports say hundreds of Iranians in various places in Iran and abroad including Esfahan and Karaj have taken part in protest rallies against the Sino-Iranian agreement.

The letter by the Iranian activists reminded Xi Jinping that the Comprehensive Cooperation Documents is reminiscent of the "shameful" 19th century treaties of Golestan and Turkmenchai based on which Iran lost its control of a large part of the Caucasus region to Russia. Other critics of the Iran – China deal, including the US Department of State, have also likened the pact to the treaties Iran signed with Russia.

The letter also urged the Chinese President to summon his Foreign Minister, who is currently visiting the region, and stop the implementation of the document signed with Iran. The signatories further reserved the right to restore the rights of the Iranian nation and claim compensation for the damages made to Iran by a secret accord.

Some observers have said that regardless of the ongoing controversy, Iran pursues its short term interest in the partnership to prove that Tehran is not isolated by US sanctions.

City officials in Iran's capital Tehran are planning to put locks on large waste containers in the streets to prevent garbage pickers from accessing waste. END_OF_DOCUMENT_TOKEN_TO_BE_REPLACED

The Biden Administration has confirmed to the US Congress that sanction imposed by its predecessor on Iran have drastically reduced Iran's trade with the world. END_OF_DOCUMENT_TOKEN_TO_BE_REPLACED

The UK government said on Sept 20 that Britain would "not rest" until all its dual nationals being held in Iran were returned home. END_OF_DOCUMENT_TOKEN_TO_BE_REPLACED