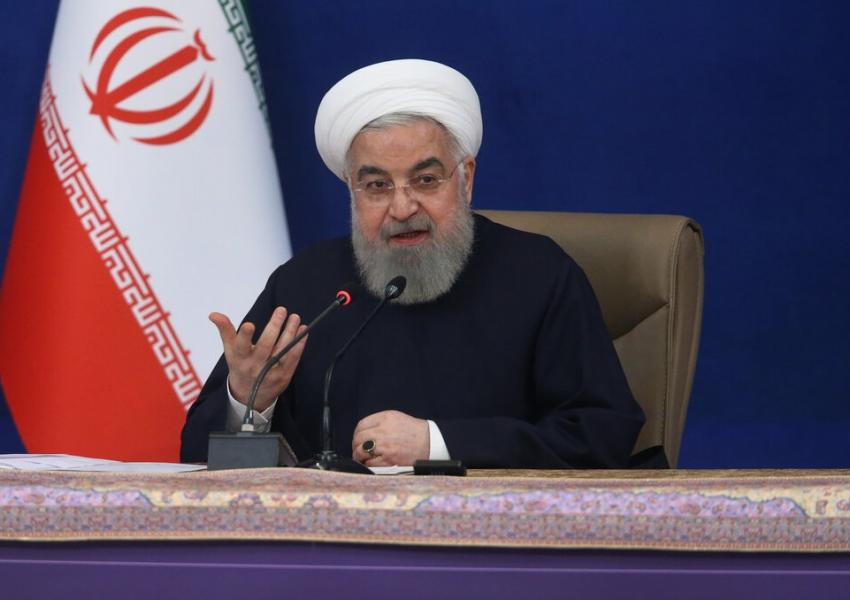 As nuclear talks are set to resume in Vianna on Thursday, President Hassan Rouhani of the Islamic Republic said that Iran can begin uranium enrichment at 90 percent even now, but it stands by its pledge not to build nuclear weapons.

Iran said earlier this week it will boost its enrichment to 60 percent from 20 percent in retaliation for a sabotage attack on its key nuclear site that it blamed on Israel. That decision would take Iran much closer to weapons-grade, highly enriched uranium.

By its response, Iran has risked alienating other members of the 2015 deal, the JCPOA (Joint Comprehensive Plan of Action), especially the Europeans but potentially also Russia and China. France said on Tuesday it was working to coordinating a strategy with world powers, including the United States, to keep talks on track.

White House press secretary Jen Psaki said Wednesday said called Iran’s announcement to enrich uranium at 60 Percent “provocative” and refused to speculate on the origins of the attack on Natanz.

US Secretary of State Antony Blinken on Wednesday also called Iran’s announcement of the decision to begin 60% enrichment and boosting advanced centrifuges “provocative”. Speaking to reporters at NATO headquarters in Brussels, Blinken said the plans for higher enrichment called into question "Iran’s seriousness with regard the nuclear talks, just as it underscores the imperative of returning to mutual compliance with the JCPOA.”

France, Germany and Britain – the three remaining signatories of the JCPOA often referred to as the E3 – in a joint statement on Wednesday told Iran that the decision to enrich to the level of 60% purity which can bring fissile material closer to bomb-grade, was "particularly regrettable" given that substantive discussion to find a diplomatic solution to revitalize and restore the JCPOA are underway. The E3 statement made an indirect reference to Israel and said the E3 "reject all escalatory measures by any actor".

Iran is not allowed to surpass 3.65 percent enrichment by the Joint Comprehensive Plan of Action (JCPOA), or the 2015 nuclear agreement. It began 20 percent enrichment in 2021 to pressure the new US administration to lift sanctions imposed by former president Donald Trump. Rouhani’s repeated pledge not to go nuclear seems like a diplomatic move after Western criticism and before the resumption of talks.

Rouhani also repeated Iran’s negotiating position that if the United States lifts all sanctions and after Iran’s verification, Tehran will also stop its violations of the JCPOA and return to the deal.

City officials in Iran's capital Tehran are planning to put locks on large waste containers in the streets to prevent garbage pickers from accessing waste. END_OF_DOCUMENT_TOKEN_TO_BE_REPLACED

The Biden Administration has confirmed to the US Congress that sanction imposed by its predecessor on Iran have drastically reduced Iran's trade with the world. END_OF_DOCUMENT_TOKEN_TO_BE_REPLACED

The UK government said on Sept 20 that Britain would "not rest" until all its dual nationals being held in Iran were returned home. END_OF_DOCUMENT_TOKEN_TO_BE_REPLACED

There will be no meeting of the Iran nuclear deal participants on the sidelines of the UN General Assembly this week, the EU and Iran have announced.
3 hours 40 sec ago