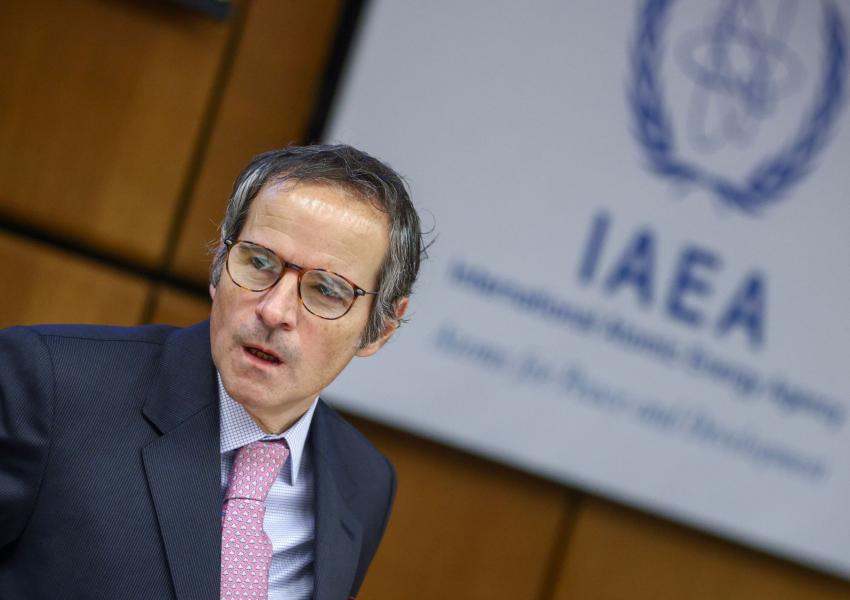 Foreign Ministry Spokesman Saeed Khatibzadeh Thursday [March 4] warmly welcomed the decision by European signatories of Iran’s 2015 nuclear agreement to drop a proposed resolution censuring Iran at the International Atomic Energy Agency (IAEA) Board of Governors, which is meeting this week in Vienna. Khatibzadeh said this could help efforts to revive the deal, the JCPOA (Joint Comprehensive Plan of Action).

“Today’s developments can keep open the path of diplomacy initiated by Iran and the IAEA,” the spokesman told reporters. “Iran hopes the parties participating in the agreement can seize this opportunity, with serious cooperation, to ensure the full implementation of the agreement by all.” Iranian officials also emphasized that their diplomatic efforts were the reason in pushing back the resolution.

Earlier Thursday Reuters quoted diplomats in Vienna saying that Britain, France and Germany had scrapped a United States-backed plan for the IAEA governing board to pass a resolution condemning Iran’s scaling back of cooperation with the agency. A draft drawn up by Britain, France and Germany circulated to the IAEA members earlier this week expressed “deep concern” over Iran reducing agency access and failure to explain uranium particles found at three sites related to work before 2003. Both Russia and Iran condemned the proposed resolution.

A French diplomatic source sais on Thursday that Iran is giving encouraging signs for informal talks with world powers after Europeans dropped their resolution. "Things are moving in the right direction and we have had positive signals this week and especially in last few days," the source told reporters. "We are seeing movements we weren't seeing last weekend," he said.

IAEA head Rafael Mariano Grossi said in a press conference on Thursday that Iran had agreed to meetings to clarify “a number of outstanding issues.” Kazem Gharibabadi, Iran’s ambassador to United Nations bodies in Vienna, tweeted that with “extensive diplomatic consultations at the IAEA, a glimpse of hope is looming to prevent unnecessary tensions.”

A US statement to the IAEA board Thursday said Iran had another opportunity to “offer up the necessary cooperation statement to the IAEA” before the board next met: “The United States, like all Board members, will calibrate our views on the Board’s next steps according to whether Iran seizes the opportunity now before it to finally and credibly address the IAEA’s concerns.”

While the Biden administration is committed to reviving the JCPOA, which President Donald Trump abandoned in 2018 before imposing draconian sanctions, officials have said Tehran should first reverse steps taken since 2019 expanding its atomic program beyond JCPOA limits.

Speaking earlier on Thursday, President Hassan Rouhani reiterated that Iran would return to all its JCPOA commitments “without exception” as soon as US sanctions were lifted, but warned the US that “the IAEA is not a place for political games”.

Rouhani said he had overcome opposition from those demanding Iran be compensated for losses due to Trump’s sanctions before trying to revive the 2015 deal: “Let’s leave that for later stages, I told these friends. In the first stage the US can lift the sanctions and return to the JCPOA if they wish.”

City officials in Iran's capital Tehran are planning to put locks on large waste containers in the streets to prevent garbage pickers from accessing waste. END_OF_DOCUMENT_TOKEN_TO_BE_REPLACED

The Biden Administration has confirmed to the US Congress that sanction imposed by its predecessor on Iran have drastically reduced Iran's trade with the world. END_OF_DOCUMENT_TOKEN_TO_BE_REPLACED

The UK government said on Sept 20 that Britain would "not rest" until all its dual nationals being held in Iran were returned home. END_OF_DOCUMENT_TOKEN_TO_BE_REPLACED