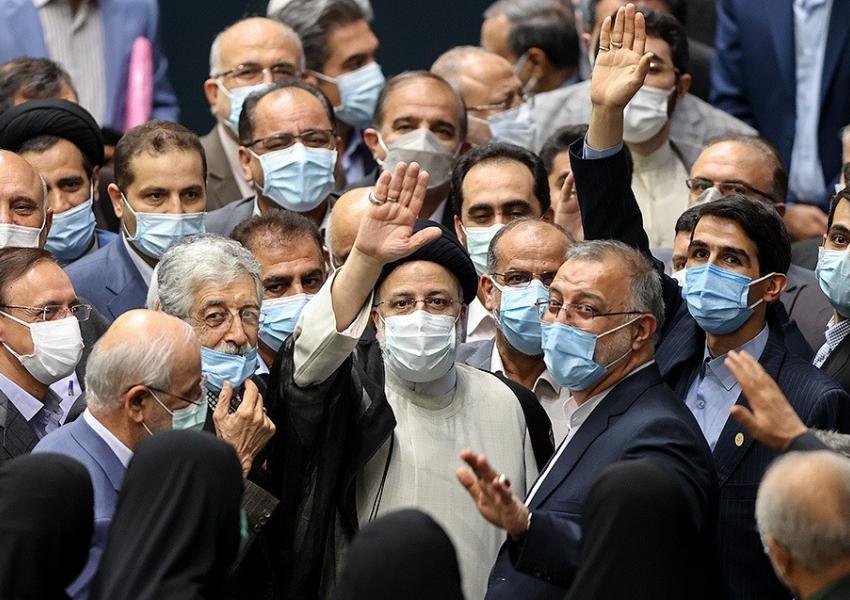 President Ebrahim Raisi said in his inauguration speech Thursday that he would welcome "any diplomatic plan" that would lift US sanctions on Iran." He also said, "I extend my hand reaching out to Iran's neighbors and other regional countries as a sign of friendship," stressing immediately that Iran's nuclear program is peaceful.

After Raisi’s inauguration the United States urged him to return to talks on both nations resuming compliance with the 2015 Iran nuclear deal, repeating the US stance that the window for diplomacy would not stay open forever. The restoration of the Joint Comprehensive Plan of Action (JCPOA) would mean many US sanctions will be lifted.

"Our message to President Raisi is the same as our message to his predecessors…the U.S. will defend and advance our national security interests and those of our partners. We hope that Iran seizes the opportunity now to advance diplomatic solutions," State Department spokesman Ned Price told reporters.

Raisi’s comment on a diplomatic solution came on the same day that hardline daily Kayhan financed by the office of Supreme Leader Ali Khamenei took its usual anti-Americanism to a new level in a commentary full of threats against Washington with an added layer of demonization of the United States. Otherwise, Raisi's inauguration speech was full of floral cliché language about "tearing up the chains of arrogant powers, defeating propaganda by the enemies, resistance against big powers. 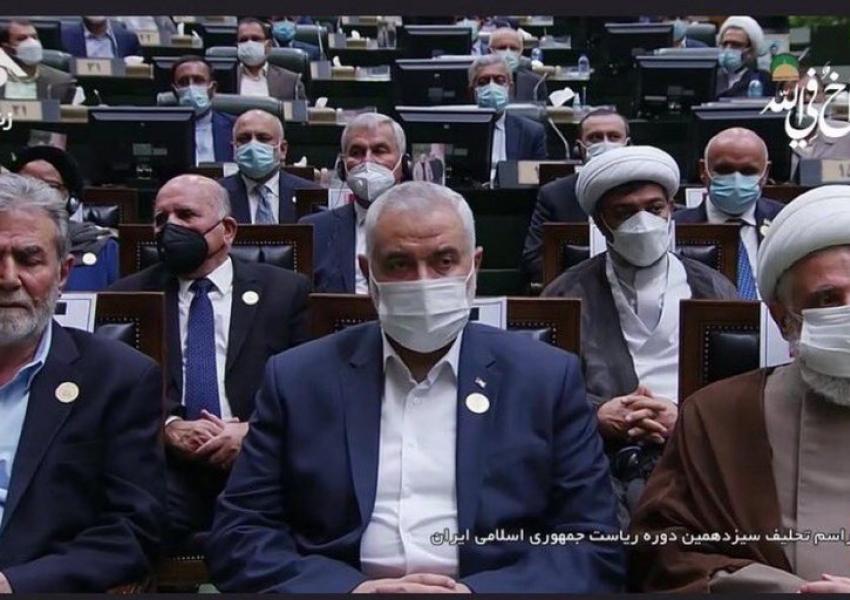 The Kayhan condemned Washington for not being trustworthy and asserted that America's hostile behavior toward Iran has not changed despite promises made by President Joe Biden.

The commentary claimed that it was former President Hassan Rouhani who prevented Tehran's retaliation for US and Israel's “aggressions” against Iran, implying that now that Rouhani is gone, “any attack on Iranian interests will not remain without a response."

Meanwhile the Kayhan quoted the CNN as having said that Raisi will not take a step back and will not give any concession to the United States. The Kayhan said that "Raisi will surprise the enemy. Iran is no longer interested in the 2015 nuclear deal (JCPOA) which has hindered Tehran's progress. The West's only choice is to lift the sanctions in a verifiable way."

Kayhan's punchline was that "Iran will no longer unilaterally support a peaceful oil market to continue to supply oil to the West at the price of its own omission from the market. It will certainly respond to broken promises and its counter-attacks will be more destructive to make the enemies regret their deed."

"If Iran targets an aggressor aircraft this time, it will not be an unmanned aircraft," the Kayhan threatened in a reference to a US drone it downed over the Persian Gulf in June 2019.

Although Raisi's pacificist comment about welcoming diplomatic initiatives sounds contrary to Kayhan's renewed anti-Americanism, it is highly unlikely that a difference of view would have emerged between Raisi and Khamenei at this early stage.

The organizers of the inauguration ceremony at the Iranian Parliament behaved in less than a friendly manner by placing EU's representative to the event, Enrique Mora, behind a couple of rows of the commanders of Iran's proxy groups in the Middle East.

Iranians on social Media who had earlier staged an online campaign criticizing the EU's man for ignoring Raisi’s human rights violations and turning up for his inauguration, reminded him that the Islamic Republic had placed him behind Ismail Haniyeh of Hamas, Naeem Qasim of the Lebanese Hezbollah, and Ziad Nakhaleh of Islamic Jihad and their other proxies.

Iran's president Ebrahim Raisi addressed the UN General Assembly saying his country wants a resumption of nuclear talks with world powers to lead to the removal of US sanctions. END_OF_DOCUMENT_TOKEN_TO_BE_REPLACED

President Joe Biden told the UN General Assembly on September 21 that he will prevent Iran from getting nuclear weapons. END_OF_DOCUMENT_TOKEN_TO_BE_REPLACED

India has seized nearly three tons or $2.72 billion worth of Afghan heorin shipped from Iran. END_OF_DOCUMENT_TOKEN_TO_BE_REPLACED

Iran's foreign ministry spokesman has said that nuclear talks with world powers will start in a few weeks but has not given a firm date. END_OF_DOCUMENT_TOKEN_TO_BE_REPLACED