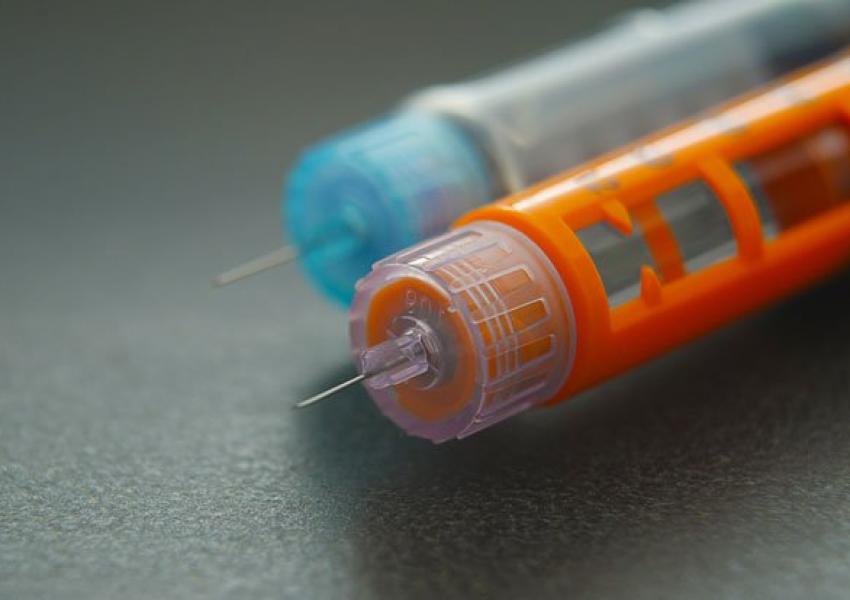 While government officials say a shortage of insulin pens is due to United States sanctions, many Iranians point to smuggling or even claim a crisis has been manufactured just to blame the ‘Great Satan’. Whatever the cause, the lack of the pens in pharmacies is a serious worry for hundreds of thousands of diabetics who need daily injections.

Mohammad-Reza Shanesaz, Head of Iran’s Food and Drug Administration (IFDA), offered reassurance on Sunday, claiming any shortage of pens was “temporary,” with imports interrupted by payment difficulties due to sanctions. Diabetics have reported on social media in recent days they are using smaller doses or date-expired pens.

How widescale is diabetes in Iran? Around 600,000 diabetics need daily injections, according to Tejarat News. Twenty percent of Iran’s over-twenties suffer from type-2 diabetes - high by global standards – according to Assadollah Rajab, Chairman of Iran’s Diabetes Society.

In July Rajab said that given shortages of imported insulin, patients allowed by their doctors should switch to domestically-made insulin. But while Iran produces insulin, the pens are imported. There seems to have been no result from Shanesaz’s claim in July that two Iranian companies would produce insulin pens under license from foreign pharmaceutical companies.

Shanesaz on Sunday advised diabetics to use regular and NPH (isophane) insulin, which can be injected with syringes that he said were “widely available in pharmacies.” Shanesaz added that two new consignments of insulin pens had just been released from the customs and would be distributed to selected pharmacies.

The IFDA Head also appeared to accept that shortages resulted partly from insulin pens being smuggled out to neighboring countries. “Given the huge difference in the price of [the pens] in comparison with other countries of the region, it will soon be sold to patients by confirming their social security number,” Shanesaz said.

In July Shanesaz pointed out that imported insulin was draining Iran’s foreign currency holdings – given that medicine and medical equipment are imported at government-subsidized exchange rates. An official of the Health Committee of Tehran Chamber of Commerce, Mahmoud Najafi-Arab, said on Sunday that insulin imports had been more than 1.5 times the quantity required in Iran. “A big part of that has been smuggled to other countries like other medicine,” he was quoted by Tejarat News as saying.

There has a been a sharp public focus on smuggling since Iraqi media last Thursday reported the seizure of a huge consignment of medicine brought in on back-roads by trucks from Iran. While Iranian authorities have claimed the smuggled medicine was only being transited through Iran, the Iraqis are yet to comment on its origin.

A shortage of insulin pens is not without precedence, but it became noticeable a year ago, according to the Chairman of Iran’s Diabetes Society. Media and social media reports suggest the crisis is rapidly worsening.

Some have suggested that the insulin shortage is not real, or that the government gives no priority to people’s health.  “This insulin crisis in Iran is a man-made disaster and a humanitarian crisis,” Orkideh Behrouzan, a London-based anthropologist tweeted on Monday. “Patients are used as human shield in this ugly war.”

City officials in Iran's capital Tehran are planning to put locks on large waste containers in the streets to prevent garbage pickers from accessing waste. END_OF_DOCUMENT_TOKEN_TO_BE_REPLACED

The Biden Administration has confirmed to the US Congress that sanction imposed by its predecessor on Iran have drastically reduced Iran's trade with the world. END_OF_DOCUMENT_TOKEN_TO_BE_REPLACED

The UK government said on Sept 20 that Britain would "not rest" until all its dual nationals being held in Iran were returned home. END_OF_DOCUMENT_TOKEN_TO_BE_REPLACED