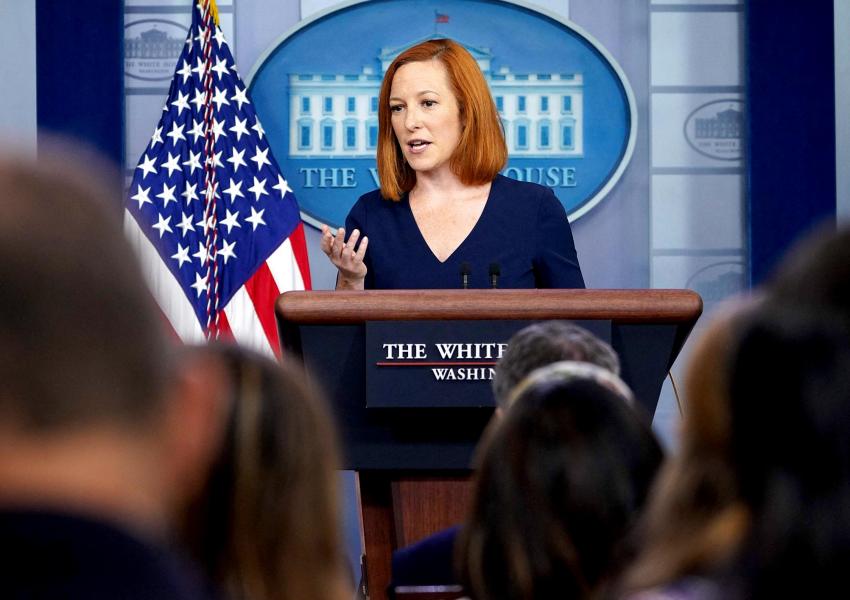 Lack of a nuclear monitoring agreement between Iran and the UN nuclear watchdog can impact negotiations in Vienna, the White House Press Secretary Jen Psaki told reporters on Friday.

Psaki was asked in her daily briefing that if Iran refuses to renew an agreement with the International Atomic Energy Agency for inspections of its nuclear sites, how President Joe Biden envisages reaching an agreement to revive the 2015 nuclear deal. Psaki answered, “Well, I think we certainly expect there could be challenges on the road to getting an agreement.  And we’ve lived through a version of this before, as have you.”

Last year during the US presidential campaign Biden rejected former president Donald Trump’s decision to withdraw from the Joint Comprehensive Plan of Action (JCPOA) or the 2015 nuclear deal and vowed to return to the agreement, which critics say is inadequate in stopping Iran from eventually acquiring nuclear weapons.

The US began negotiations in early April, but in the meantime, Tehran had increased its uranium enrichment and passed a law to limit IAEA inspections. It allowed limited monitoring to go on for another three months until May 24, but it has refused a new agreement with the IAEA to continue monitoring its activities related to JCPOA.

“I will say that…we believe Iran must comply with the IAEA’s inspectors and it must comply with its obligations under its Safeguards Agreements with the IAEA.  We’re working with allies and partners to reinforce broad support for the IAEA and the director general as he and his team carry out their important work,” Psaki said.

But Iran’s demand when it passed the law in December to curtail inspections was that the US should lift sanctions Trump had imposed since 2018. During Trump’s presidency Iran had allowed the inspections and only after Biden took office Tehran flipped the switch. Many saw the Iranian move as building leverage for the coming negotiations with Washington.

Iran’s policy to use its power to stop inspections as a negotiating tool apparently continues into the fourth month of the Vienna talks that started on April 6. The US has kept Trump’s sanctions in place but has refrained from provocative moves, except twice bombing position of Iran’s proxy militias in Iraq and Syria after their repeated attacks on US targets. Moreover, Washington twice has lifted sanctions on individuals and entities that it says were wrongly listed by the previous administration.

An Iranian official has told CNN that Tehran will prevent the IAEA from having access to monitoring videos of its nuclear sites until an agreement is reached in Vienna to revive the JCPOA and lift US sanctions.

Psaki further explained that one of the reasons the US wants to pursue diplomacy with Iran “is because we want to have that reliable access and understand and have visibility into what the Iranians are up to and how close they are to acquiring a nuclear weapon. “ But in the meantime, Tehran has blocked that visibility as a negotiating tool

Iran's president Ebrahim Raisi addressed the UN General Assembly saying his country wants a resumption of nuclear talks with world powers to lead to the removal of US sanctions. END_OF_DOCUMENT_TOKEN_TO_BE_REPLACED

President Joe Biden told the UN General Assembly on September 21 that he will prevent Iran from getting nuclear weapons. END_OF_DOCUMENT_TOKEN_TO_BE_REPLACED

India has seized nearly three tons or $2.72 billion worth of Afghan heorin shipped from Iran. END_OF_DOCUMENT_TOKEN_TO_BE_REPLACED

Iran's foreign ministry spokesman has said that nuclear talks with world powers will start in a few weeks but has not given a firm date. END_OF_DOCUMENT_TOKEN_TO_BE_REPLACED