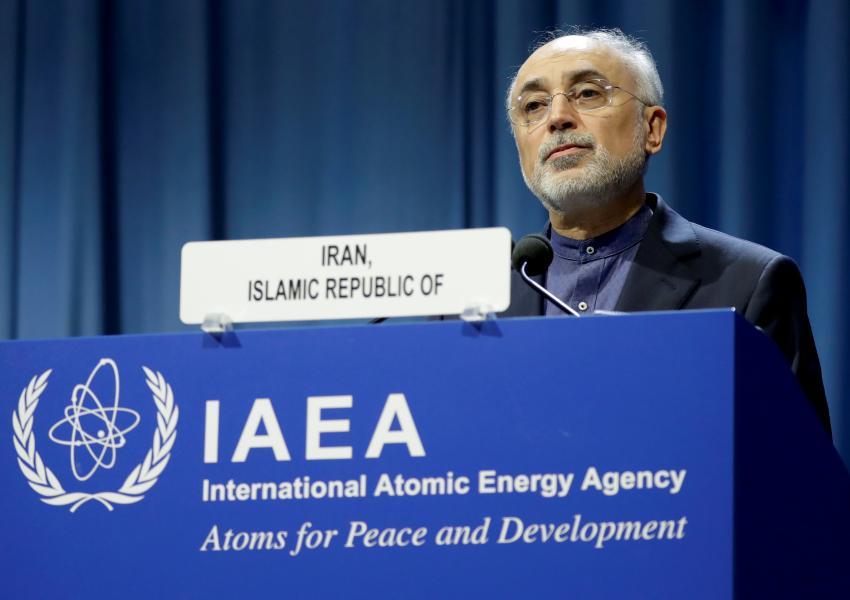 Iran's nuclear chief Ali-Akbar Salehi on Sunday confirmed that Tehran has sent a letter to the UN nuclear watchdog, IAEA, that if its Board of Governors adopts a resolution against Iran for limiting inspections, Tehran will show "an appropriate response".

Iran had earlier announced that it would suspend snap inspections of its nuclear facilities by the IAEA inspectors, as a means of pressure to force the United States to lift its sanctions. Immediately after the announcement the IAEA chief Rafael Mariano Grossi flew to Tehran on February 21 to dissuade Iran from halting the implementation of the Additional Protocol, which allows snap inspections.

In intense talks with the Iranian side, Grossi reached a temporary, three-month agreement.

Salehi who was speaking to Khaneh Mellat (House of Nation), the official news agency of the parliament, declined to elaborate on the contents of the agreement drawn between Iran and the IAEA during Grossi's visit. "The appendix will remain confidential due to security considerations [including] the need for keeping the location of Iran's key facilities hidden and the precise information regarding [Iran's nuclear] facilities and the [IAEA] monitoring devices in [these facilities] in the appendix," Salehi told Khaneh Mellat.

In a report on Friday, Reuters said Iran has threatened to end the deal struck with Grossi to temporarily salvage IAEA monitoring of Iran's activities if the Agency's board endorsed a US-led push to criticize Tehran in the coming week.

Grossi on Thursday urged world powers including the United States to reach a political agreement with Tehran to facilitate long-term IAEA access to Iran’s nuclear activities. “If there is no political agreement, then not only the agency, [but] the international community will be faced with a completely new situation,” Grossi said in an interview with Japan’s NHK World. There was “no other alternative” way of collecting important information on Iran’s nuclear progress, he said, stressing that the next three months offered breathing space to revive Iran’s 2015 nuclear agreement with world powers, the JCPOA (Joint Comprehensive Plan of Action).

Although Iran insisted it was going through with its decision to limit access for the IAEA, Grossi struck a deal with Tehran and the two sides agreed to keep the IAEA cameras running in the next three months in Iranian facilities but retain the footage – apparently to allow time for the revival of Iran’s 2015 nuclear deal with world powers. If sanctions against Iran are lifted within three months, the information will be provided to the IAEA, otherwise it will all be destroyed, Iranian officials said.

While President Joe Biden and Iranian President Hassan Rouhani have expressed a desire to revive the JCPOA, there has been no agreement on synchronizing moves as Grossi called for in December. Iran has insisted the US should first remove sanctions, as required by the deal, while the Biden administration has stressed its need to consult allies and for Iran to reverse nuclear steps beyond JCPOA limits.

US State Department Spokesman Ned Price on February 24 warned Iran that American patience was “not unlimited” while pointing out that the Biden administration still wanted a diplomatic solution.

City officials in Iran's capital Tehran are planning to put locks on large waste containers in the streets to prevent garbage pickers from accessing waste. END_OF_DOCUMENT_TOKEN_TO_BE_REPLACED

The Biden Administration has confirmed to the US Congress that sanction imposed by its predecessor on Iran have drastically reduced Iran's trade with the world. END_OF_DOCUMENT_TOKEN_TO_BE_REPLACED

The UK government said on Sept 20 that Britain would "not rest" until all its dual nationals being held in Iran were returned home. END_OF_DOCUMENT_TOKEN_TO_BE_REPLACED