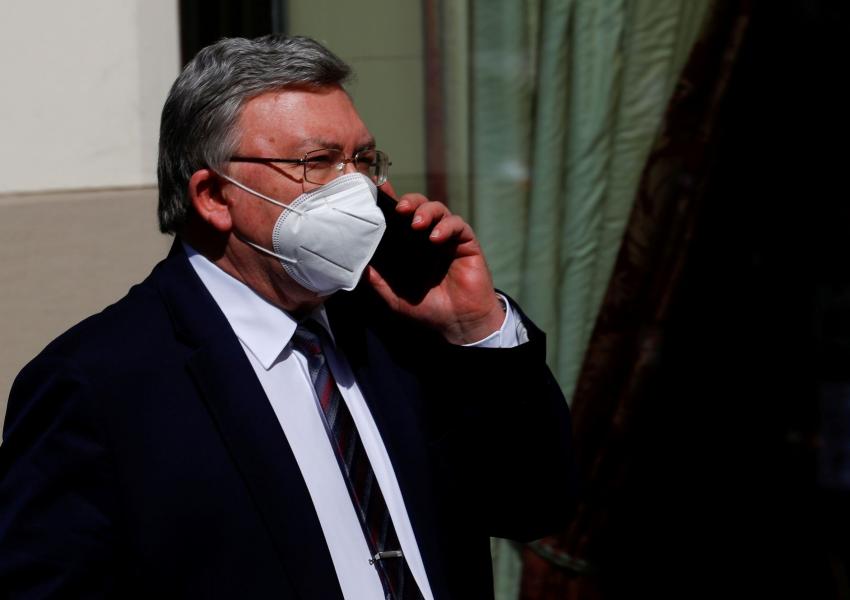 Deputy foreign ministers from Iran and world powers will reconvene next Wednesday [April 14] in continuing talks to revive Tehran’s 2015 nuclear agreement, the Joint Comprehensive Plan of Action. Chinese and Russian ambassadors on Friday [April 9] welcomed progress made this week in detailed working groups.

"The JCPOA (Joint Comprehensive Plan of Action) participants took stock of the work done by experts over the last three days and noted with satisfaction the initial progress made,” Mikhail Ulyanov, Russia’s envoy to the International Atomic Energy Agency, tweeted after the JCPOA Joint Commission met on Friday.

“All parties have narrowed down their differences and we do see the momentum for gradually evolving consensus,” Wang Qun, China’s IAEA ambassador, told reporters after the meeting, adding that the working groups and senior diplomats would intensify discussions next week.

A statement released by the European Union, which chairs the JCPOA Joint Commission, after Friday’s meeting said the commission had been briefed on the work of two expert groups considering measures needed for the United States to return to the JCPOA: this includes identifying sanctions violating the JCPOA imposed by the US since 2018, when it left the deal, and which steps Iran should reverse in its atomic program, which since 2019 it has expanded beyond JCPOA limits. 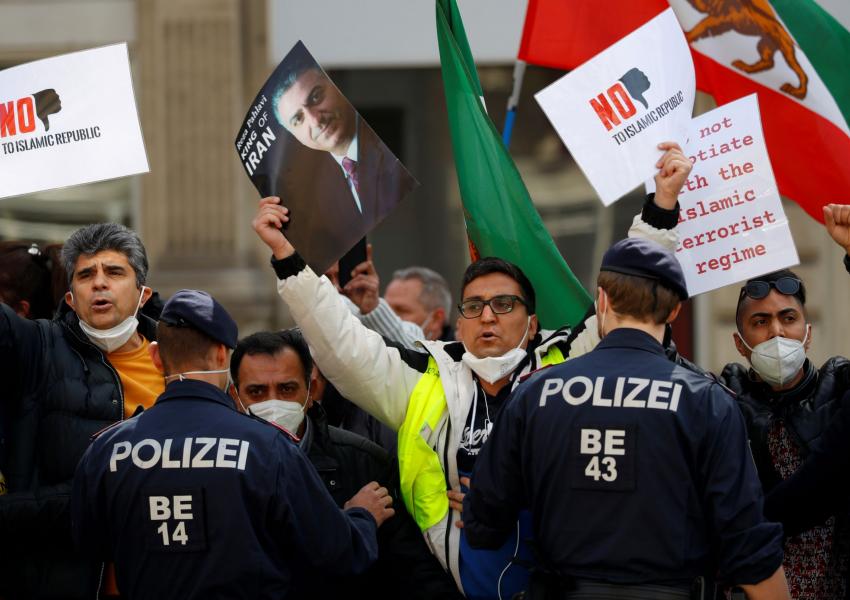 A US delegation in Vienna, led by special envoy Rob Malley, was this week in touch indirectly with the formal process – but, as Iran’s official news agency IRNA stressed, "not present" in the official JCPOA meetings. Iran’s delegation held bilateral and multilateral talks with remaining JCPOA signatories - France, Britain, Germany, China and Russia.  IRNA reported that he delegation head, Deputy Foreign Minister Abbas Araghchi, stressed in the JCPOA commission on Friday that continuing talks would be pointless without "political will and determination."

Iran insists that it will return to its JCPOA commitments only if all US sanctions incompatible with the JCPOA are lifted in a verifiable manner. This was “clearly stated” to other JCPOA signatories, Kazem Gharibabadi, Iran’s IAEA envoy, said in an interview published on Friday by the website of Supreme Leader Ali Khamenei.

Iran is also highlighting the expansion of its nuclear program.  In an interview with Mizan News Agency on Thursday, Behrouz Kamalvandi, spokesman of the Atomic Energy Agency of Iran (AEOI), said Tehran had stockpiled 60kg of uranium enriched to 20 percent. While the JCPOA allows enrichment only to 3.67 percent, Tehran resumed enrichment to the higher level in January as means to kickstart the JCPOA revival promised by incoming US President Joe Biden.

Opponents of the JCPOA are also active. Israel's envoy to the US and the United Nations, Gilad Erdan, has written to the UN Security Council and UN Secretary-General Antonio Gutteres saying Iran is testing nuclear-capable missiles, the newspaper Israel Hayom reported on Friday.

On Wednesday, with the backdrop of the Yad Vashem memorial museum in Jerusalem on Holocaust Remembrance Day, Prime Minister Benjamin Netanyahu said Israel would not respect a revived JCPOA, which he said threatened the country with "annihilation.” Other Israelis, including retired generals, who back the JCPOA have accused Netanyahu of jeopardizing Israel’s interests and international standing for short-term domestic political gain.

City officials in Iran's capital Tehran are planning to put locks on large waste containers in the streets to prevent garbage pickers from accessing waste. END_OF_DOCUMENT_TOKEN_TO_BE_REPLACED

The Biden Administration has confirmed to the US Congress that sanction imposed by its predecessor on Iran have drastically reduced Iran's trade with the world. END_OF_DOCUMENT_TOKEN_TO_BE_REPLACED

The UK government said on Sept 20 that Britain would "not rest" until all its dual nationals being held in Iran were returned home. END_OF_DOCUMENT_TOKEN_TO_BE_REPLACED