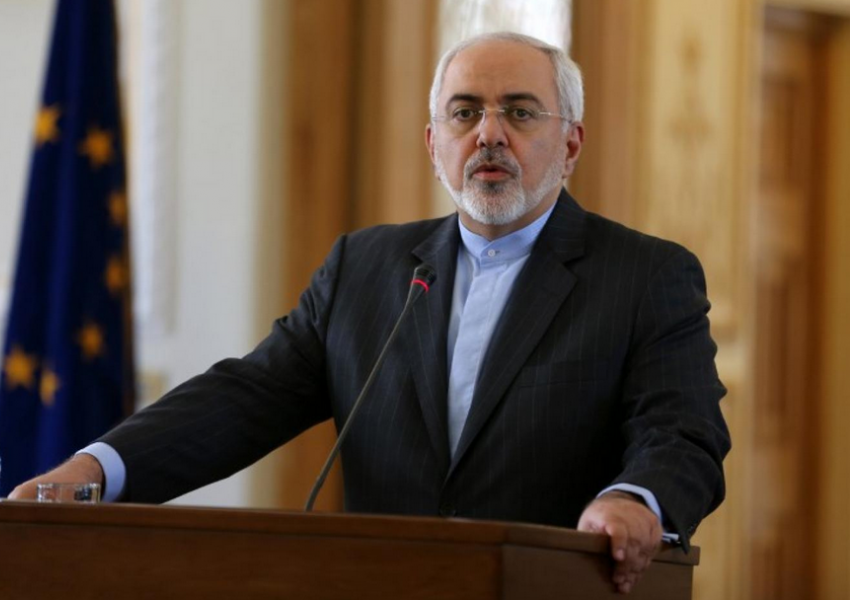 In one of the latest rounds of messaging from the Islamic Republic, Foreign Minister Mohammad Javad Zarif has said that Tehran would be willing to fully comply with the 2015 nuclear deal with the world powers if both the United States and Europe honor their obligations under the deal, also called the Joint Comprehensive Plan of Action (JCPOA).

The official news agency IRNA quoted Zarif on Thursday, December 3, as having said on the online forum entitled the Mediterranean Dialogue that the United States and Europe should abide by their commitments under the JCPOA before Iran resumes its full implementation of its obligations under the deal. This is a clear reference to US sanctions that since 2018 have badly hurt Iran’s already struggling economy.

IRNA also quoted Zarif as saying that the US can go back to its status before it pulled out of the JCPOA, that is before May 8, 2018 when Washington was still one of the signatories to the JCPOA.

He also said that Iran is prepared to negotiate prisoner swaps with European countries and the US, reminding that Tehran has recently swapped a British-Australian citizen who was in jail in Iran with three Iranians, but did not say that the three men who were in prison in Thailand were convicted for plotting a terrorist attack on Israeli diplomats.

Zarif reminded that although the United States has withdrawn from the nuclear deal, it is still a member of the United Nations, so, it should respect its obligations to UN resolutions including Resolution 2231.

He was referring to the United States decision not to respect a Security Council decision not to renew an arms embargo against Iran which expired in October. Washington did not accept the deadline and unilaterally activated the trigger mechanism in the JCPOA bringing back all previous sanctions against Tehran.

Zarif called on the United States to stop violating international regulations. He added that Washington is not in a position to impose conditions on other countries. "So, we do not need another round of negotiations," Zarif said.

On the position of the three European powers, the UK, France and Germany, Zarif said: The nuclear agreement entitles Iran to reduce its obligations if the other parties do not respect their obligations. The Europeans cannot claim that they have remained committed to their obligations under the JCPOA. That is why we have reduced our commitments under the deal."

The three European countries that are a party to the JCPOA have not taken any serious steps to allow Iran to sell oil or trade in the face of US sanctions.

Although Iranian officials have been upbeat about the possibility of renewed negotiations with the West and particularly the United States after Joe Biden won the presidential election, they have insisted that the West should simply return to the pre-Trump status. This ignores the fact that the United States and Europe have concerns over Iran’s missile program and regional policies.

Speaking on regional issues, Zarif said that the Hormuz peace plan put forward by President Hassan Rouhani at the UN General Assembly in September 2019 is still on the table. The plan insisted that regional countries should get in touch with Iran in a bid to make the highly volatile Persian Gulf area secure. Rouhani's plan envisages talks without the United States.

Zarif said: "We cannot live at each other's cost. You cannot get safe and secure at the expense of making others’ environment insecure."

City officials in Iran's capital Tehran are planning to put locks on large waste containers in the streets to prevent garbage pickers from accessing waste. END_OF_DOCUMENT_TOKEN_TO_BE_REPLACED

The Biden Administration has confirmed to the US Congress that sanction imposed by its predecessor on Iran have drastically reduced Iran's trade with the world. END_OF_DOCUMENT_TOKEN_TO_BE_REPLACED

The UK government said on Sept 20 that Britain would "not rest" until all its dual nationals being held in Iran were returned home. END_OF_DOCUMENT_TOKEN_TO_BE_REPLACED