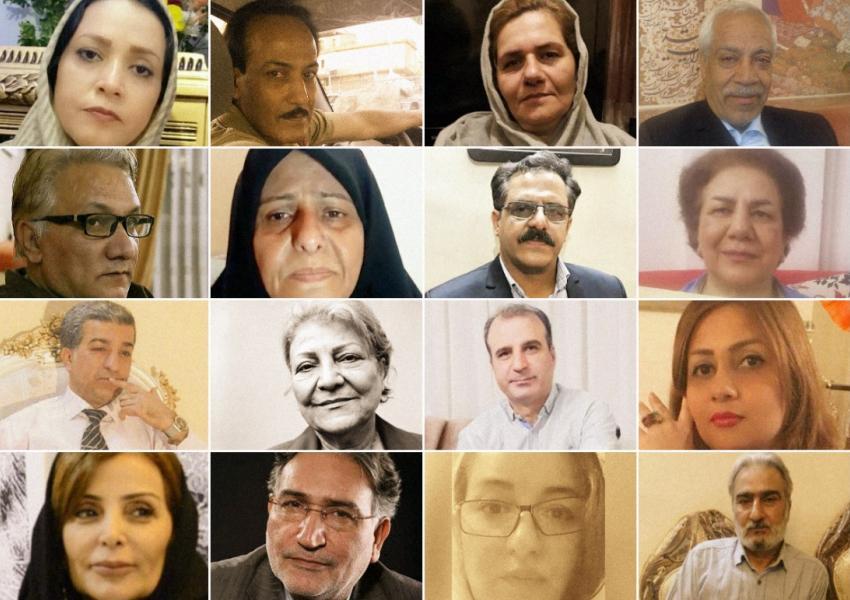 Some of these activists are in custody of Mashhad security forces. Sedigheh Malekifard, wife of incarcerated civil rights activist Hashem Khastar said on Sunday that she has visited Mashhad Revolutionary Court but there has been “no cases” filed against any of the arrested activists. Referring to what the officials at the Revolutionary Court had told her, she said the arrested activists have not accepted any of the charges. They are being kept separate, and none have been granted family visitation.

Mashhad Revolutionary Court officials have announced that the “arrest warrants” for these individuals have been extended and “it is not clear” when they will be released.

Mohammad Maleki, 86, a civil rights activist and one of the signatories of the original letter of 14 activists, released a video on Sunday objecting to the arrests of the signatories of these letters, and identified Ali Khamenei, the leader of the Islamic Republic as the culprit responsible for the mass arrests and heavy prison sentences of political and civil rights activists.

City officials in Iran's capital Tehran are planning to put locks on large waste containers in the streets to prevent garbage pickers from accessing waste. END_OF_DOCUMENT_TOKEN_TO_BE_REPLACED

The Biden Administration has confirmed to the US Congress that sanction imposed by its predecessor on Iran have drastically reduced Iran's trade with the world. END_OF_DOCUMENT_TOKEN_TO_BE_REPLACED

The UK government said on Sept 20 that Britain would "not rest" until all its dual nationals being held in Iran were returned home. END_OF_DOCUMENT_TOKEN_TO_BE_REPLACED