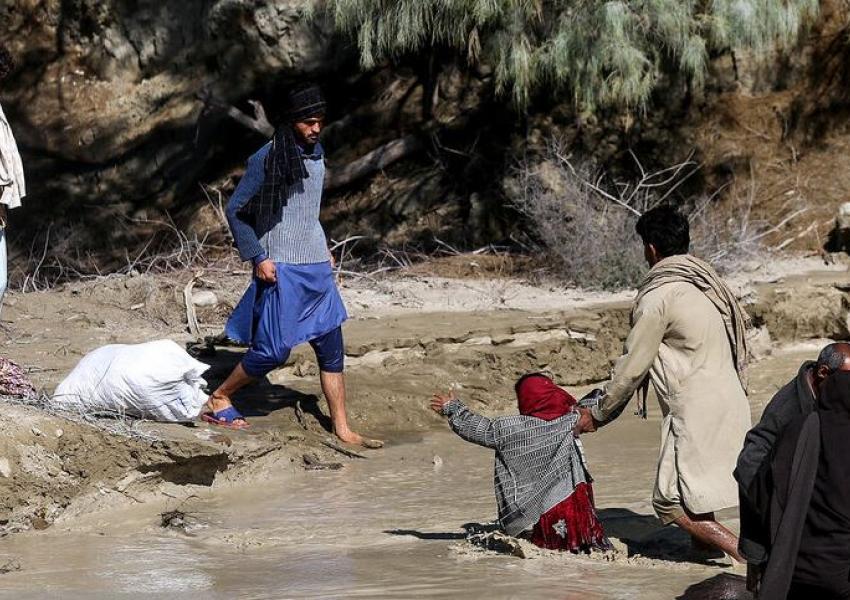 1700 billion tomans in flood damages in southwest of Iran

According to the Minister of Roads and City Planning, Mohammad Islami, the recent floods have damaged “roads, bridges, roads and infrastructures in Sistan and Baluchistan province” to the amount of 700 billion tomans. It was also announced that the agriculture sector in the provinces of Sistan and Baluchistan, Kerman, and Hormozgan has received 1000 billion tomans in damages.

The flood has blocked the roads to over 900 villages in Sistan and Baluchistan province. Many villages are still awaiting disaster relief.

Another Sistan and Baluchistan official, Ebrahim Javshiri, announced that “the flood has damaged 30 percent of the roads and 60 percent of the buildings and bridges in rural areas.

According to Javshiri, 1763 km of main roads and 3860 km of country roads have been destroyed or damaged. Due to the heavy damage to the roads and the long distance from the relief center (800 km), providing supplies and relief has become very difficult.

While visiting the province, the Minister of Health warned about the dangers of using unsanitary and polluted water and the spread of diseases.

The flood has also caused almost 1000 billion tomans to the agriculture sector in the provinces of Hormozgan, Sistan and Baluchistan, and Kerman.

City officials in Iran's capital Tehran are planning to put locks on large waste containers in the streets to prevent garbage pickers from accessing waste. END_OF_DOCUMENT_TOKEN_TO_BE_REPLACED

The Biden Administration has confirmed to the US Congress that sanction imposed by its predecessor on Iran have drastically reduced Iran's trade with the world. END_OF_DOCUMENT_TOKEN_TO_BE_REPLACED

The UK government said on Sept 20 that Britain would "not rest" until all its dual nationals being held in Iran were returned home. END_OF_DOCUMENT_TOKEN_TO_BE_REPLACED