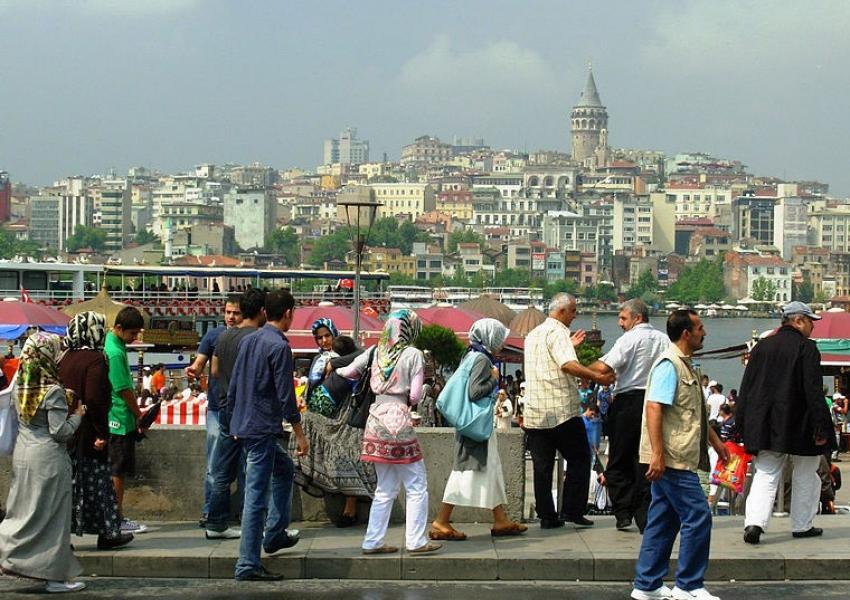 Accelerated Capital Flight From Iran Can Further Sink The Rial

As the US dollar edged higher in Iran this week due to pessimism over nuclear talks with world powers, more information has emerged about capital flight from the country, mainly to Turkey.

In the past four decades, Iran has struggled to attract foreign investment since the United States withdrew from the 2015 nuclear deal and slapped sanctions on oil exports, banks and officials of the Islamic Republic. Any entity worldwide supplying dollars to Iran is vulnerable to punitive US action.

One of the better news websites in Iran, Fararu, in an article Thursday warned that capital flight would continue and sink the national currency, the rial, which has dropped eightfold since the end of 2017. In Tehran, the rial was trading at around 255,000 to the dollar during the week, while less than four years ago it was relatively stable at around 30,000.

As the rial began losing value, some Iranians started buying and keeping cash dollars at home, coining a new term in Persian that translates as “currency hoarding at home”.

Iranians with larger troves of foreign currencies began moving their capital out of the country, so raising the price of remaining dollars. Fararu writes that such capital flight accelerated with anti-government protests in December 2017 and January 2018.

Mohammad-Reza Pour-Ebrahimi, chairman of parliament’s economic committee, claimed, in 2018 that $30 billion had left the country, although he was criticized for confusing trade credits with capital flight. The $30 billion would have equaled nearly 30 percent of the government’s annual budget.

Radio Farda, US-funded and based in the Czech Republic, claimed in 2018, citing the Parliament’s Research Center, that capital flight 2016-18 had totaled $59 billion, equal to all of Iran’s oil exports in a good year.

During the 1978-79 Revolution, it was estimated that $13 billion left the country, Fararu said. Even factoring in inflation, capital flight in the past 45 years might surpass the dollars taken out during the revolution.

One of the obvious targets for Iranian capital is Turkey, particularly its real-estate market. Turkish law stipulates that for a $250,000 investment one can be eligible for Turkish citizenship. Reports in the past four years have indicated that Iranians are one of the largest foreign buyers of homes in Turkey. Between 2017 and 2019, the purchase of properties by Iranian citizens in Turkey jumped by 640 percent, surpassing 4,000 units annually. Perhaps many more were acquired through front companies.

The head of the chamber of commerce in Iran’s northwestern commercial center Tabriz said April that 11,900 Iranians had invested in Turkey in real estate and other projects.

Capital flight takes another form. When the rial began losing value under US ‘maximum pressure’ the government offered dollars at a favorable rate to import essential goods. Some were offered to companies on the condition that once they exported finished products having used imported raw materials, they repatriated the resulting hard currency. President Hassan Rouhani and other officials have repeatedly complained that up to $20 billion was never returned to Iran.

Fararu says while government’s hard currency reserves had dropped to less than $10 billion, Iranians had $ 25-30 billion in cash, exchanged on the open market, stashed at home.

Iran's president Ebrahim Raisi addressed the UN General Assembly saying his country wants a resumption of nuclear talks with world powers to lead to the removal of US sanctions. END_OF_DOCUMENT_TOKEN_TO_BE_REPLACED

President Joe Biden told the UN General Assembly on September 21 that he will prevent Iran from getting nuclear weapons. END_OF_DOCUMENT_TOKEN_TO_BE_REPLACED

India has seized nearly three tons or $2.72 billion worth of Afghan heorin shipped from Iran. END_OF_DOCUMENT_TOKEN_TO_BE_REPLACED

Iran's foreign ministry spokesman has said that nuclear talks with world powers will start in a few weeks but has not given a firm date. END_OF_DOCUMENT_TOKEN_TO_BE_REPLACED