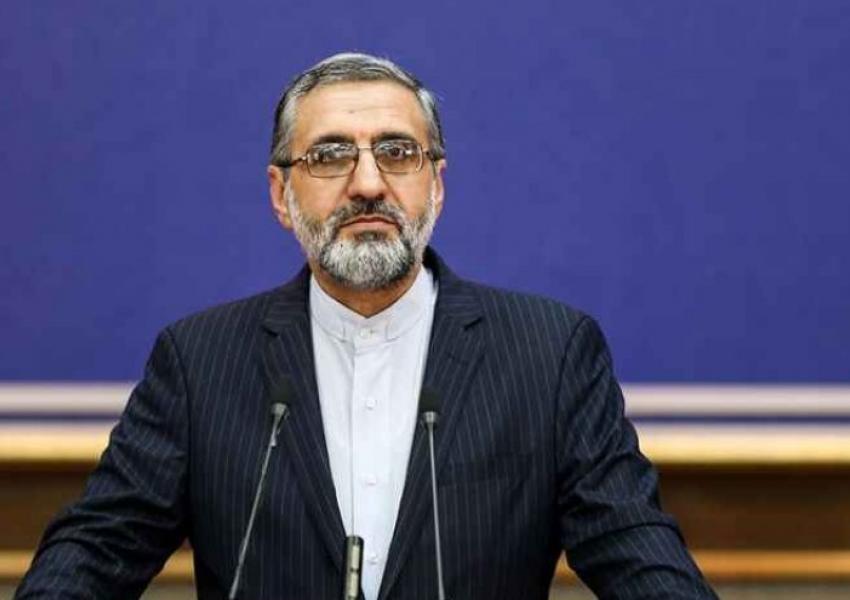 Amir Rahimpour will be executed for spying for the United States

Gholam-Hossein Esmaili, the spokesperson for Iran’s judiciary announced that the death sentence of Amir Rahimpour has been confirmed and he will soon be executed on the charge of spying for the United States.

In his weekly press conference on Tuesday, Esmaili stated: “Amir Rahimpour was a spy for the CIA, he was receiving huge payments and was trying to provide the American agency with Iran’s nuclear data.”

Previously, the Human Rights Activists News Agency released a list of 38 security-related prisoners in Evin prison which included Rahimpour’s name for “cooperation with the hostile government of the United States".

The spokesman for the judiciary also mentioned the sentence of two other prisoners who were working in a charity foundation. Esmaili did not mention the name of the two prisoners but announced that one has been sentenced to 10 years in prison for espionage and the other to five years for acts against national security.

Regarding the case of Rouhollah Zam, the admin of Amad News Telegram channel who was recently arrested in Iraq and extradited to Iran, Esmaili said: “There are many others involved in his case and their connection will be investigated and the documents will be fact-checked.” He announced that five more individuals have been arrested in relation to Zam’s case.

He added: “During the investigation process, some people came forward themselves and expressed regret about working with this network.”

City officials in Iran's capital Tehran are planning to put locks on large waste containers in the streets to prevent garbage pickers from accessing waste. END_OF_DOCUMENT_TOKEN_TO_BE_REPLACED

The Biden Administration has confirmed to the US Congress that sanction imposed by its predecessor on Iran have drastically reduced Iran's trade with the world. END_OF_DOCUMENT_TOKEN_TO_BE_REPLACED

The UK government said on Sept 20 that Britain would "not rest" until all its dual nationals being held in Iran were returned home. END_OF_DOCUMENT_TOKEN_TO_BE_REPLACED