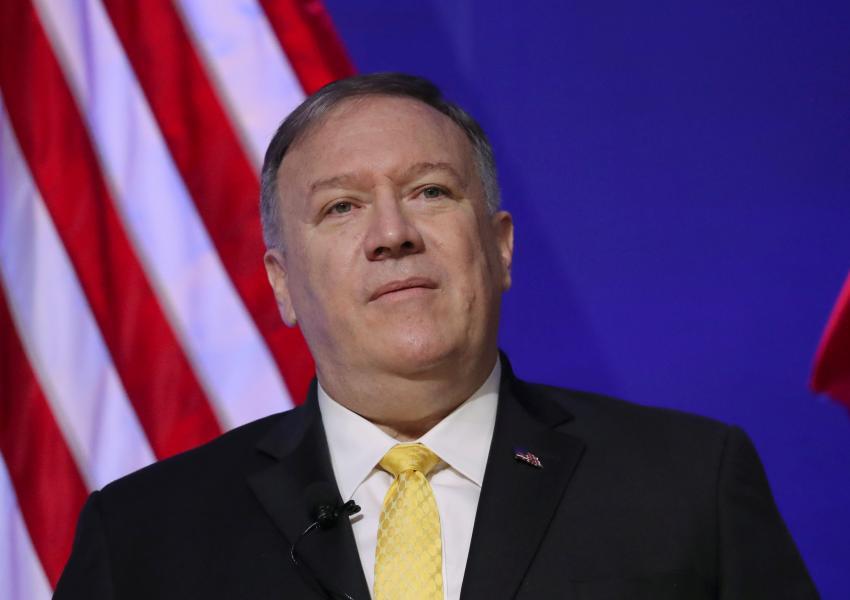 On the anniversary of the November 2019 uprising in Iran which led to the killing of up  to 1500 protesters by the regime’s security forces, the US Secretary of State Mike Pompeo released a statement commemorating the victims and promised “further actions against the agents of repression.”

The statement reads: “On November 15, 2019, and in the week that followed, brave Iranians took to the streets of more than 200 cities across Iran to protest four decades of mismanagement by a corrupt regime that squandered its people’s wealth on terrorism abroad and oppression at home. As the protesters exercised their freedom of expression, the regime responded by expressing its radical ideology of indiscriminate violence and terror.”

Pompeo continued: “In doing so, the regime once again revealed its true nature and squandered any remaining claim to legitimacy in the eyes of the Iranian people. The regime killed as many as 1,500 Iranians, including at least 23 children.”

The statement goes on to describe the fate of the thousands of arrested protesters in Iranian prisons and the blatant violation of human rights by the the Islamic Republic: “Thousands of protesters remain in prison, where they are reportedly subjected to flogging, electrical shocks, starvation, beatings, sexual assault and rape, and other acts of torture. Family members of victims are thrown in jail for advocating on behalf of their loved ones.”

Iran has not officially announced the number of those killed or detained and most trials have taken place behind closed doors. United Nations monitors or representatives of international human rights organizations are not allowed to visit the country to assess the situation.

Pompeo urged world governments to understand “that there are no moderates to empower in such an evil regime”, but “only officials who defend and seek to profit from this machine of cruelty.” He urged world leaders to join the US in the call for Iran's authorities to release all political prisoners and prisoners of conscience immediately.

“The Iranian regime tried to hide the evidence of its brutal crackdown through censorship, intimidation, and the digital darkness of Internet shutdowns, and still refuses to allow independent investigations into the killings it perpetrated during that fateful week,” the statement continued, referring to the regime’s attempted coverup of the massacres and the conflicting reports by the officials in Iran,

Pompeo concluded: “We will never forget the regime’s victims. The United States will continue to promote accountability by announcing further actions against the agents of repression later this week to bring a measure of justice to the Iranian people, the longest-suffering victims of the Islamic Republic of Iran.”

Protests in response to a fuel price hike in Iran in November of 2019 quickly turned into an anti-regime uprising that spread throughout the country and over 200 cities and towns. The regime's security forces violently cracked down on the protests by killing up to 1500 across the country and arrested over 7,000 protesters.

City officials in Iran's capital Tehran are planning to put locks on large waste containers in the streets to prevent garbage pickers from accessing waste. END_OF_DOCUMENT_TOKEN_TO_BE_REPLACED

The Biden Administration has confirmed to the US Congress that sanction imposed by its predecessor on Iran have drastically reduced Iran's trade with the world. END_OF_DOCUMENT_TOKEN_TO_BE_REPLACED

The UK government said on Sept 20 that Britain would "not rest" until all its dual nationals being held in Iran were returned home. END_OF_DOCUMENT_TOKEN_TO_BE_REPLACED