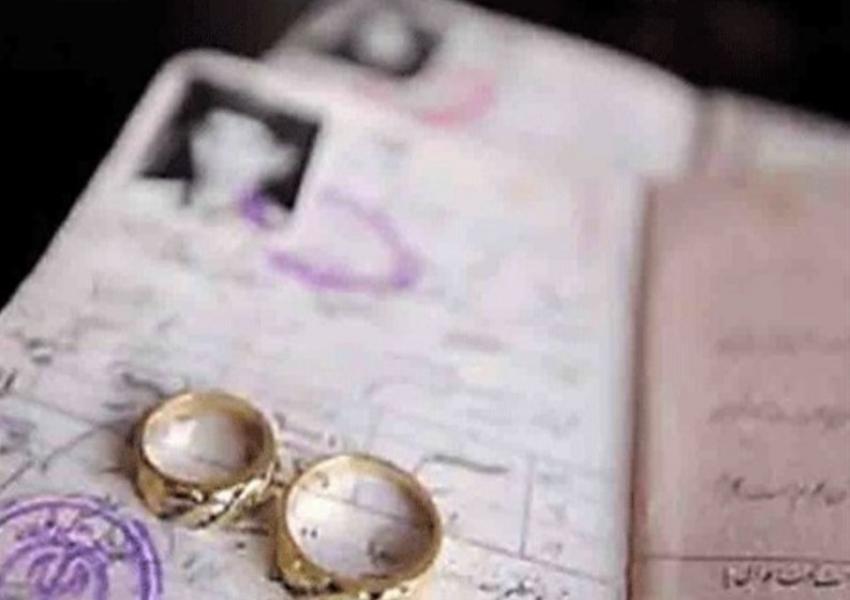 More than a month ago a legislative proposal to increase the minimum age for girls to marry was rejected in Iran’s parliament. Since then, several figures close to the Islamic regime in Iran have attacked this bill and actively opposed the idea of stopping child marriage in Iran.

One of the most controversial comments was made by Rahim Pour Azghadi, who is known as a theory-maker for the regime, defending the marriage of underage people.

He said: “There is no age limit for marriage in Islam. Even a primary school child can get married”.

He is also a member of the Supreme Council of the Cultural Revolution which comes up with cultural policies of the Islamic Republic. He claimed that Islam is very open-minded when it comes to the boy-girl relationships. “Islam says that as soon as your sexual instinct is awake, even if it is not maturely awake, you should wed. Islam does not even set the puberty as a condition for marriage”, he added.

This was criticized by Abbas Abdi, a journalist and political activist, who twitted that:

“The theory maker of the fundamentalists said: “There is no age limit for marriage in Islam. Even a primary school child can get married. If it’s a child, there should be supervision”. Sadly, he doesn’t have the guts to says that in his Islam, one can marry even a baby and it doesn’t even need supervision.

A Bill to Stop Child Marriage

The proposal to increase the minimum age for marriage was described as an initiative to tackle the “child spouse” phenomenon by its proponents. This bill would ban the marriage of girls before they are adults.

The critics of child marriage argue that a girl who is not old enough cannot decide about the most important event of her life, that is her marriage. The proponents of such marriages believe that according to Islam a 9-year-old girl is an adult, so girls are ready for marriage as young as 9 years of age.

The current law in the Islamic Republic of Iran iterates that a 13-year-old girl and above is permitted to wed. There is an amendment which states with the permission of the male parent, it is legal even for a girl younger than 13 years of age to wed.

However, Ayatollah Makarem Shirazi, one of the highest-level clerics in Iran, opposed the child marriage and said: “I have not issued and will never issue a Fatwa for this kind of marriage. It used to be possible to perform such marriages, but at present because of the decadences involved, when the girl is not mentally mature and cannot make her own decisions, she is not allowed to marry and I declare such marriages void”.

The bill to increase the minimum age for marriage was tabled at the parliament last February.

The proponents of this bill tried to take advantage of the Ayatollah Makarem’s fatwa to convince other MPs, but in the end, it was rejected by the judicial committee of the parliament last month.

The members of this committee rejected this bill “unanimously” as described by themselves. They have offered different reasons for this rejection.

Mohammad Ali Pourmokhtar, for example, one of the members, told: “In general the MPs share the opinion that marriage is a personal matter and one cannot limit it with regulations. The numbers of this phenomenon of child marriage, which have been provided to MPs, show that it is not an issue in need of legislation. There are around 1300 to 1400 marriages of individuals below the age of 13 which take place either with their consent or without. It does not matter if they have consented in such cases as their male parent has agreed and that made the marriage possible.”

The released data by the Vice Presidency for Women and Family Affairs suggest that only between March 2011 and February 2012 among all the children who wed 39609 of them (5.4 %) were between 10 and 14 years of age. The data show a surge in this number in the next 12 months to 9.4% of all child marriages which makes it 40464 child spouses. The marriage of 10 to 14 years-old children has increased in numbers in the following year too. It rose by 3.5 % which indicates it is not going to decrease anytime soon.

The Spokesperson’s Grandmother Had No Problems

The spokesperson for the judicial committee, who was a vocal opponent of this bill, contributed to the debate by saying: “My grandmother married when she was 9 years old and she did not have any problems.”

He accepted that some medical professionals might condemn this form of marriage, but he gave priority to the clerics’ opinions in these affairs rather than doctors and psychologists.

The Increase in Sexual Manifestation

The chief of planning and policy making at the Cultural Council for Women and Family made a list of her reasons for opposing this bill; this bill would cause “an increase in sexual manifestation in society”, “increase in the number of girls escaping their homes” and “a decrease in the age of prostitution”.

She added that “when the sexual manifestation increased in the society, young girls would be exposed to these manifestations and they would feel a sense of need. A group of people say this is wrong, but if the same girl wants to be a prostitute, the same group would argue that we should issue them health certificates”.

She claimed that those who are defending this bill are told to do so by the international community and they don’t have anything of their own. She referred to the UN’s 2030 agenda where it is asserted that child marriage must be eradicated by 2030.

169 countries voted for this document at the UN. This document contains 17 goals that all countries are expected to reach by 2030.

Ayatollah Khamenei, Iran’s Supreme leader, opposed the 2030 agenda in May 2017. A month after that, president Rouhani withdrew Iran’s commitment to this UN’s agenda.

An Instagram video recently became viral in Iran. A very young couple in the Islamic veil talks about Sharia law with respect to marriage in a simple language. They say that they got married three years ago when the girl was 14 and the boy was 16.

At the end of the video, they scoffed at the proponents of the minimum age for marriage and addressed the MPs who defended the bill. They poked fun at the arguments about people below 18 years of age not being mature enough and not having the mental capacity to enter marriage.

The video became a topic of heated discussions on social media. The video was filmed very professionally and the way the couple acted indicated that it had been rehearsed before. So many people speculated that figures close to the regime produced the video clip.

The attacks on the bill did not cease when it was rejected in the parliament. The ideologues and supporters of the regime have continued to defend the marriage of child girls. It is rumored that some MPs might table a revised version of the same bill at the parliament.

Fatemeh Saeedi, a member of parliament, told the media that a group of MPs met the speaker about this bill. They intend to keep on trying to end child marriage in the country.

While this shows there are some MPs who care about this issue and want to see an end to child marriage, the conservative faction of the regime is concerned and try everything to stop them.

City officials in Iran's capital Tehran are planning to put locks on large waste containers in the streets to prevent garbage pickers from accessing waste. END_OF_DOCUMENT_TOKEN_TO_BE_REPLACED

The Biden Administration has confirmed to the US Congress that sanction imposed by its predecessor on Iran have drastically reduced Iran's trade with the world. END_OF_DOCUMENT_TOKEN_TO_BE_REPLACED

The UK government said on Sept 20 that Britain would "not rest" until all its dual nationals being held in Iran were returned home. END_OF_DOCUMENT_TOKEN_TO_BE_REPLACED