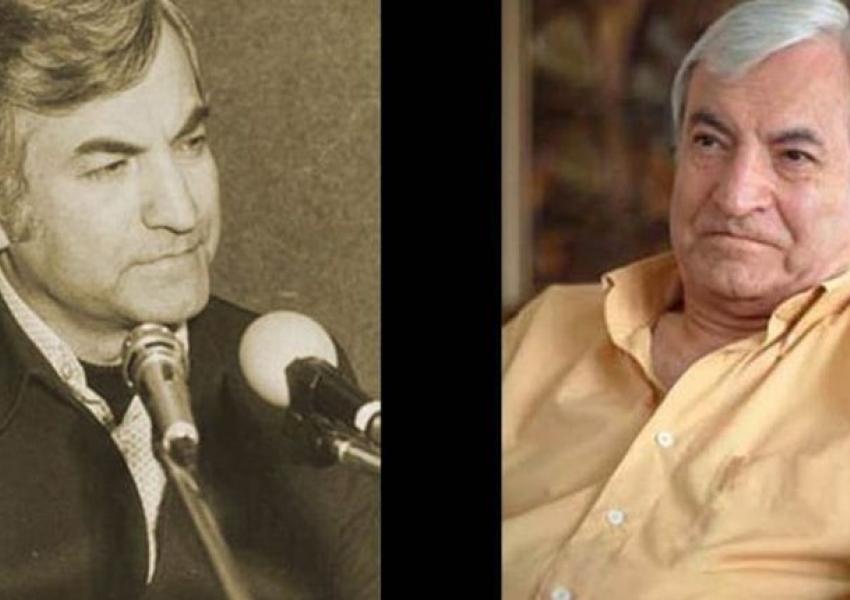 In 2014, at Mohammad Nourizad’s art exhibition, Amir-Entezam said that he has not seen his children for 37 years.

The lawsuit has been filed on the first anniversary of Abbas Amir-Entezam. Ardeshir, Anushirvan, and Elham were 2, 6, and 9 years old at the time of their father’s arrest.

Amir-Entezam was the deputy prime minister and the spokesperson for the transitional government of Mehdi Bazargan. He also served as Iran’s ambassador to Sweden and other Scandinavian countries for a brief period. In December of 1979, he was summoned back to the country by the foreign ministry in a plot to arrest him, and although he was warned about the risks of going back to Iran, he returned and was arrested on the charges of  “conspiracy to abolish the Assembly of Experts, opposition to (the regime based on) the Supremacy of the Ayatollah, allowing the previous regime’s officials to escape, and delivering classified information to the United States.”

He was initially sentenced to death, which was later reduced to life in prison. He was incarcerated without parole until the mid-1990s in terrible conditions and his requests for appeal were all denied.

After going on temporary leave from prison, he referred to the former warden of Evin Prison, Asadollah Lajevardi” as “the executioner (butcher)”. He was then sued by Lajevardi’s family and was returned to prison again.

Amir-Entezam was sent on sick leave in the early 2000s, but after proposing the idea of a referendum, he was once again arrested and sent to prison in 2003.

He spent his last few years outside the prison, but he was denied most social rights and was not allowed to leave the country.

City officials in Iran's capital Tehran are planning to put locks on large waste containers in the streets to prevent garbage pickers from accessing waste. END_OF_DOCUMENT_TOKEN_TO_BE_REPLACED

The Biden Administration has confirmed to the US Congress that sanction imposed by its predecessor on Iran have drastically reduced Iran's trade with the world. END_OF_DOCUMENT_TOKEN_TO_BE_REPLACED

The UK government said on Sept 20 that Britain would "not rest" until all its dual nationals being held in Iran were returned home. END_OF_DOCUMENT_TOKEN_TO_BE_REPLACED