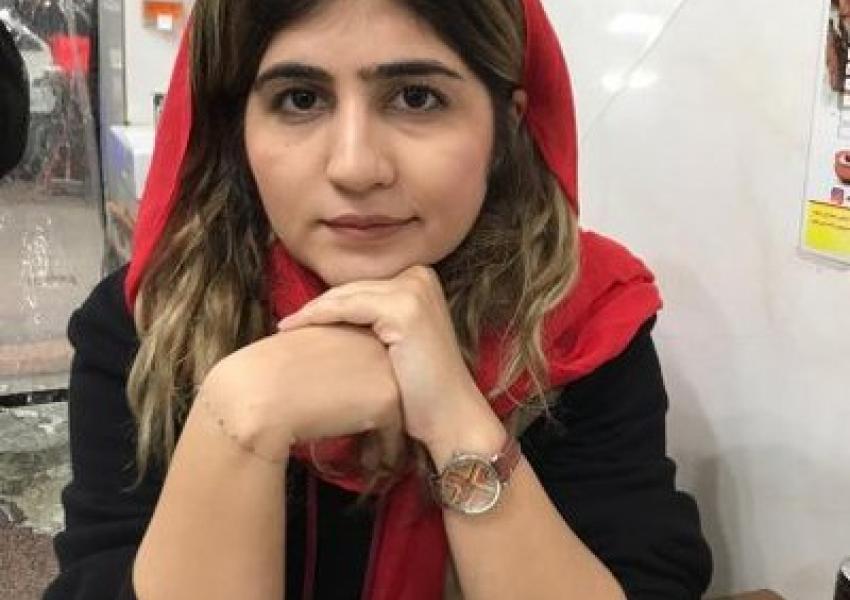 In a series of tweets, civil activist Sepideh Gholian, by telling the story of several women imprisoned in Iran, revealed the torture and injustices carried out against women in Iranian prisons.

Gholian herself was arrested during workers’ protests at the Haft Tapeh sugar refinery in the province of Khuzestan. She was sentenced in absentia by an Iranian appeal court to five years imprisonment.

In one of her first tweets, Gholian addresses Somaieh Shahbazi, a woman who was executed in a prison in Ahvaz. She writes:

“The sentence of Najafi (former mayor of Tehran) was announced. Seven years imprisonment. I thought of you.  You were a woman and a school bus driver for most of your life. A driver whose life was full of the love she felt for the pupils. Each week she drove her chicks to and from school and was more than just a bus driver for them. She was a close and unique friend.

One day, you went to buy a car of your own to work with. You went to the bank to get a loan. The bank director talked with you and I wish he hadn’t. You were a school bus driver, fond of your mother and your children Samaneh and Mostafa. This needs to be constantly written: the bank director took advantage of his position… You welcome him in your life. You didn’t know that he would take you away from your chicks, from your children Samaneh and Mostafa, and your mother.

After getting close to you, the man tells you that he is in love with Samaneh as well. He has the power and position to sexually abuse any woman without anyone reacting. You try to keep him away from your family but he threatens you and every time he plays a torturous game with you.

Vilification, hitting, threatening to burn Samaneh, was only a part of the torture you endured. You had no means to escape. He had money and social standing. Because of his relations, you even lose your job as a school bus driver. You tell him to come to your house to have dinner together and that you will tell Samaneh to come too.

Driven by anger and desperation, to defend Samaneh and yourself. You add sleeping pills to his food and he passes out next to you. You carry him into the car and drive out of town. You pour petrol over his body and burn him… You tell the people of your neighbourhood that you had no choice but to kill him.

After four years of daily torture in Sepidar prison, without the opportunity to say goodbye to Samaneh and your mother, they killed you. They killed you, even though from the day you became a woman you were killed every day.

You went to the gibbet with a smile and still your only worry was Samaneh. The victim’s family requested 15 billion toman (more than one million dollars)... Somaieh, my sister, your story is the story of many women imprisonned accused of murder.

The story of Saghi, Akram, Khadijeh, all of them. I love you. I have learned the lesson of gender equality from you.

City officials in Iran's capital Tehran are planning to put locks on large waste containers in the streets to prevent garbage pickers from accessing waste. END_OF_DOCUMENT_TOKEN_TO_BE_REPLACED

The Biden Administration has confirmed to the US Congress that sanction imposed by its predecessor on Iran have drastically reduced Iran's trade with the world. END_OF_DOCUMENT_TOKEN_TO_BE_REPLACED

The UK government said on Sept 20 that Britain would "not rest" until all its dual nationals being held in Iran were returned home. END_OF_DOCUMENT_TOKEN_TO_BE_REPLACED