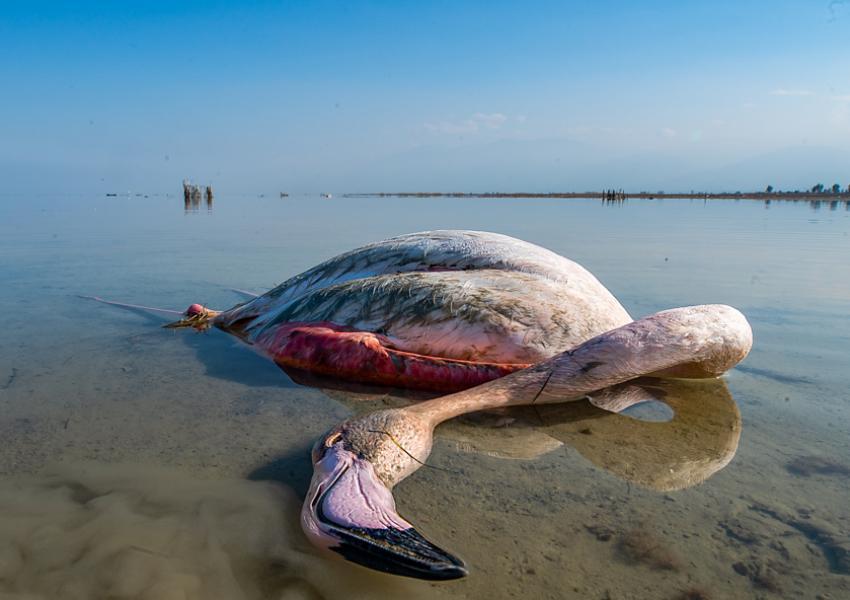 Death toll of migrant birds continues to increase in Miankaleh

As the number of dead migrant birds increases in Miankaleh swamp in Mazandaran province of Iran, unofficial reports indicate that the number could be over 10000.

According to the director of Mazandaran’s Environmental Protection Organization, the carcasses of at least 4100 migrant birds have been found in Miankaleh swamp on Monday. With over 2000 carcasses found prior to Monday, the overall number is at least over 6000.

However, one EPO official told Iran International that the true number of dead birds is most likely over 10000.

Miankaleh is an important international swamp under the Ramsar convention. It is one of the nine most important ecosystems in the country which hosts over 1.5 million migrant birds from over 150 different species.

A similar incident occurred in the 2000s where investigations over the death of thousands of migrant birds ended without a conclusion.

According to the head of Mazandaran’s EPO, a team of veterinarians has been deployed to the region to investigate the cause of the incident.

Several theories have been presented as to the potential causes of the incident, including the industrial waste from factories and oil refineries, the city swears pouring into the Caspian Sea, and chemical fertilizers among others.

City officials in Iran's capital Tehran are planning to put locks on large waste containers in the streets to prevent garbage pickers from accessing waste. END_OF_DOCUMENT_TOKEN_TO_BE_REPLACED

The Biden Administration has confirmed to the US Congress that sanction imposed by its predecessor on Iran have drastically reduced Iran's trade with the world. END_OF_DOCUMENT_TOKEN_TO_BE_REPLACED

The UK government said on Sept 20 that Britain would "not rest" until all its dual nationals being held in Iran were returned home. END_OF_DOCUMENT_TOKEN_TO_BE_REPLACED