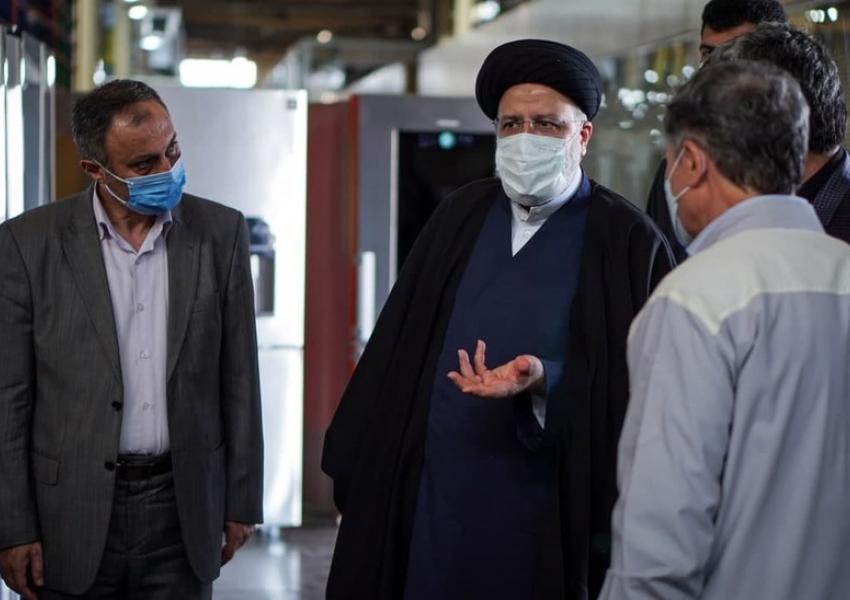 A prominent politician with Iran’s ‘reformist’ faction says President Ebrahin Raisi (Raeesi) hs no roadmap for his administration. Ali Soufi, the Secretary General of the Progressive Reform Party told Rouydad24 website that the new president is still waiting for his cabinet ministers to come up with plans to solve multiple crises in Iran.

Soufi explained that the situation should have been the other way around, meaning that it is the president who should put forth a plan to be implemented by his ministers. He pointed out that, Raisi did not present any plans to the nation, neither during his election campaign, nor after he took office as President.

Soufi warned that Raisi is mistaken if he thinks his only job was to form a cabinet and now, he can travel around the country and the cabinet will do its job. This is doomed to failure, he said.

Iran is suffering from a deep economic crisis, high inflation, falling living standards, a devastating Covid-19 pandemic and loss of public trust in the government.

However, Soufi argued that if the Raisi administration fails, it does not mean the people will turn to the reform front. "The people will not turn to any one of the two currently known political factions," he added, explaining that the country's political establishment and all the political groups have lost their credibility as 52 percent of Iranians refused to take part in the June 18 election.

Meanwhile, the Economist, wrote in a report about the Raisi administration, that the signals Raisi is sending to the West are disappointing. According to the weekly, while the best way to save Iran's ailing economy is to revive the 2015 nuclear deal, some of Raisi's ministers are sending the wrong signal to the world.

In a report entitled "Iranians worry that their new government is inept," The Economist, among other things referred to the fact that "One minister is wanted for bombing Jews; another wants to kidnap Western soldiers." The publication was referring to Raisi's Interior Minister Ahmad Vahidi who is wanted by the Interpol for his role in a bomb attack in Argentina that killed scores of people in the 1990s, and his Vice President for economic affairs Mohsen Rezaei who has said Iran can take US soldiers hostage and release them against cash.

Meanwhile, the Economist charged that Raisi "helped orchestrate the mass execution of political prisoners in Iran in the 1980s." The publication also called the June 18 presidential election in Iran, which brought Raisi to power, "a rigged election."

The Economist further said in the report that Iranians generally blame the lack of coordination in the government and Supreme Leader Ali Khamenei's ban on US and UK-made vaccines for the rising COVID-19 mortality rate, one of the highest in the world.

While during the past week many Iranians have been criticizing the Taliban in Afghanistan, saying that the new government does not represent the Afghan society and for instance, others on social media and the economists point out that the Raisi administration in Tehran is also not representative of Iranians. All his ministers are male hardline conservatives who belong to the same political camp.

On the other hand, several Raisi ministers, and the President himself are sanctioned by the United States. Out of 19 ministers, seven come from Iran's military.

Both Soufi and the Econmist have pointed out that the presence of Mohsen Rezaei as the Vice President for economic affairs and Mohammad Mokhber as the first Vice President can lead to chaos in the economic team. 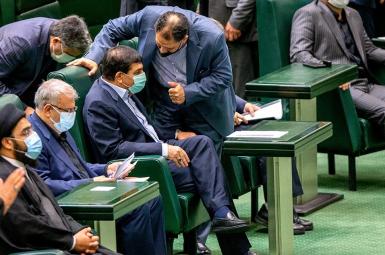 Iran Reformists Accused Of Portraying Raisi’s Government As A Failure

Some Hardliners In Iran Question Competence Of Raisi’s Ministers 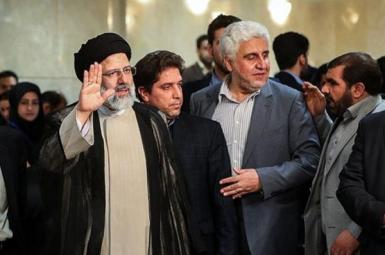 Iran's president Ebrahim Raisi addressed the UN General Assembly saying his country wants a resumption of nuclear talks with world powers to lead to the removal of US sanctions. END_OF_DOCUMENT_TOKEN_TO_BE_REPLACED

President Joe Biden told the UN General Assembly on September 21 that he will prevent Iran from getting nuclear weapons. END_OF_DOCUMENT_TOKEN_TO_BE_REPLACED

India has seized nearly three tons or $2.72 billion worth of Afghan heorin shipped from Iran. END_OF_DOCUMENT_TOKEN_TO_BE_REPLACED

Iran's foreign ministry spokesman has said that nuclear talks with world powers will start in a few weeks but has not given a firm date. END_OF_DOCUMENT_TOKEN_TO_BE_REPLACED