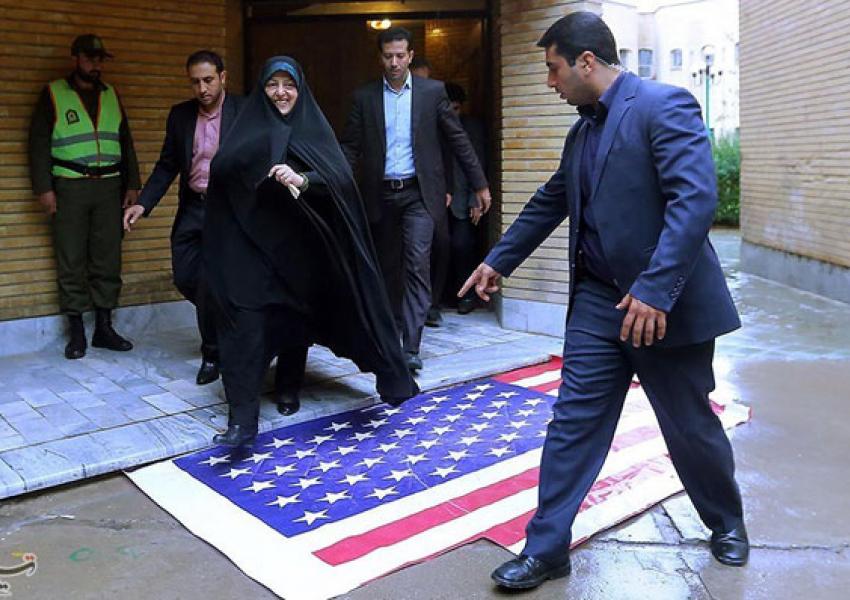 Ebtekar: Women in Stadiums Not a Priority at All

The vice president in family and women affairs, Masoumeh Ebtekar, says that the issue of women in stadiums is not “at all a priority” for the country.

On the national TV show “Dast Khat” Ebtekar said: “The issue of women in stadiums is not at all a priority for the country. But it is a demand. Our young women want to watch sports matches in stadiums. Not all matches, but some of them.”

It is forbidden for Iranian women to watch most male sports in the stadiums. Even though there is not a written law against it, the Islamic Republic authorities do not allow it. The reason that many authorities have mentioned is that “it could lead to sin.”

Last year, after threats made by the World Volleyball Federation, a limited number of women were allowed in volleyball stadiums.

Masoumeh Ebtekar, the vice president in women and family affairs, was one of the students who occupied the American embassy after the Islamic Revolution in Iran and took its diplomats and employees hostage. Her son Eisa Hashemi lives and studies in the United States.

City officials in Iran's capital Tehran are planning to put locks on large waste containers in the streets to prevent garbage pickers from accessing waste. END_OF_DOCUMENT_TOKEN_TO_BE_REPLACED

The Biden Administration has confirmed to the US Congress that sanction imposed by its predecessor on Iran have drastically reduced Iran's trade with the world. END_OF_DOCUMENT_TOKEN_TO_BE_REPLACED

The UK government said on Sept 20 that Britain would "not rest" until all its dual nationals being held in Iran were returned home. END_OF_DOCUMENT_TOKEN_TO_BE_REPLACED