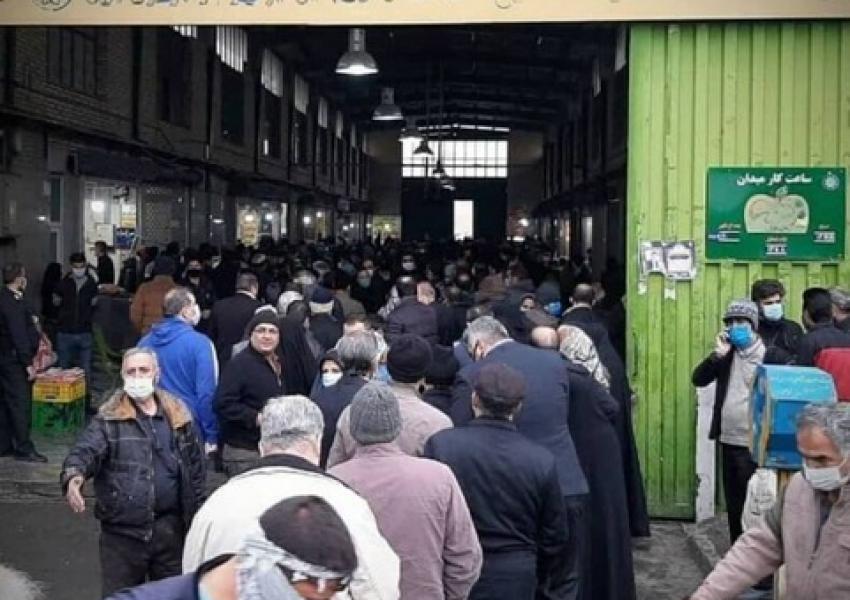 The shortage and high price of chicken in the middle of the Nowruz festive season in Iran have led to long lines of shoppers in marketplaces in Tehran and other Iranian cities. As the price of chicken has risen threefold along with other foodstuffs, some Iranian politicians have seized the opportunity to bring their political rivals under attack.

On Thursday, March 25 Deputy Parliamentary Speaker Amir Hossein Ghazizadeh Hashemi wrote in a tweet that he has found access to some documents that show some regime insiders and "well-connected individuals have been hoarding shipments of chicken and controlling the import of poultry meat as a result of the Agriculture Minister Kazem Khavazi's mismanagement."

Ghazizadeh promised to put these documents at the disposal of Judiciary Chief Ebrahim Raeesi. Meanwhile, he insisted that the Agriculture Minister should be accountable to the Majles for the rise in the price of chicken.

During the first week of the new Iranian year that started on March 21 the price of chicken has risen from around 200,000 rials to more than 600,000 rials per kilogram, or a little under $3 per kilogram. This might seem as cheap by Western price levels, but an ordinary worker in Iran makes around $150 a month and the many families have drastically reduced their consumption of meat, chicken and fruits.

During the past week, other than the deputy Majles Speaker, several other clerics and politicians have also protested to the unusual rise in the price of poultry.

The hardline Friday Prayer Imam of Mashhad in north-eastern Iran, Ahmad Alamolhoda on March 26 criticized President Hassan Rouhani's administration for the high price of chicken and cooking oil and said: "The national television airs hours of advertisement about these commodities every day. This means that chicken and cooking oil are available at the market, but it is mismanagement by the government that creates problems for the people."

Former housing minister Abbas Akhoundi also criticized the Rouhani administration for the shortage characterizing the situation as "very bad." He also opined out this will prompt populist presidential election candidates to take advantage of the shortage of chicken in the market to tarnish the image of moderate and reformist camps. Nonetheless, he said that part of the reason for such shortages is the US sanctions that limits Iran's ability to import goods.

Speaking on March 24 in Tehran, reformist cleric Mohammad Taqi Fazel Maybody also criticized state officials for firing-off slogans against big powers while they are not able to supply chicken meat to the market. Meanwhile he criticized the "double standards" of Iran's state-run television.

Analysts speaking to International TV on Friday, attributed the problem to the concessions the government gives to well-connected importers. They say the government allocates foreign currency to these importers at the preferential rate of exchange several times lower than the official rate. So, it makes economic sense to re-export the imported chicken to neighboring countries.

The cost of living of Iranian families has risen by 48 percent during the year. The rise in the price of some items such as cooking oil, fruit and meat has been over 100 percent, the report said.

City officials in Iran's capital Tehran are planning to put locks on large waste containers in the streets to prevent garbage pickers from accessing waste. END_OF_DOCUMENT_TOKEN_TO_BE_REPLACED

The Biden Administration has confirmed to the US Congress that sanction imposed by its predecessor on Iran have drastically reduced Iran's trade with the world. END_OF_DOCUMENT_TOKEN_TO_BE_REPLACED

The UK government said on Sept 20 that Britain would "not rest" until all its dual nationals being held in Iran were returned home. END_OF_DOCUMENT_TOKEN_TO_BE_REPLACED