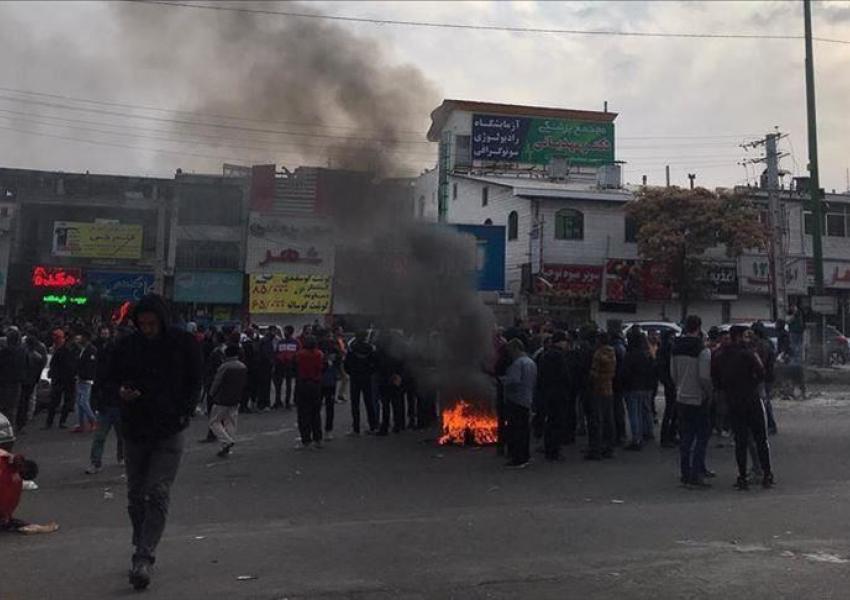 According to the reports that Iran International has received reports that indicate the families of killed protesters in Kermanshah must sign a pledge before receiving the bodies of their loved ones.

Based on the reports, the families must pledge:

According to Amnesty International, at least 143 protesters have been killed by the Islamic Republic forces during the protests, with at least 34 protesters killed in the western province of Kermanshah, 40 killed in Khuzestan province and 12 in Kurdistan province.

The spokesperson for the national security committee in the parliament announced on Tuesday that around 7000 protesters have been arrested.

According to the deputy commander of the IRGC, the protests spread through 28 provinces out of 31.

The protests in Iran started after the price of gasoline was tripled overnight.

City officials in Iran's capital Tehran are planning to put locks on large waste containers in the streets to prevent garbage pickers from accessing waste. END_OF_DOCUMENT_TOKEN_TO_BE_REPLACED

The Biden Administration has confirmed to the US Congress that sanction imposed by its predecessor on Iran have drastically reduced Iran's trade with the world. END_OF_DOCUMENT_TOKEN_TO_BE_REPLACED

The UK government said on Sept 20 that Britain would "not rest" until all its dual nationals being held in Iran were returned home. END_OF_DOCUMENT_TOKEN_TO_BE_REPLACED