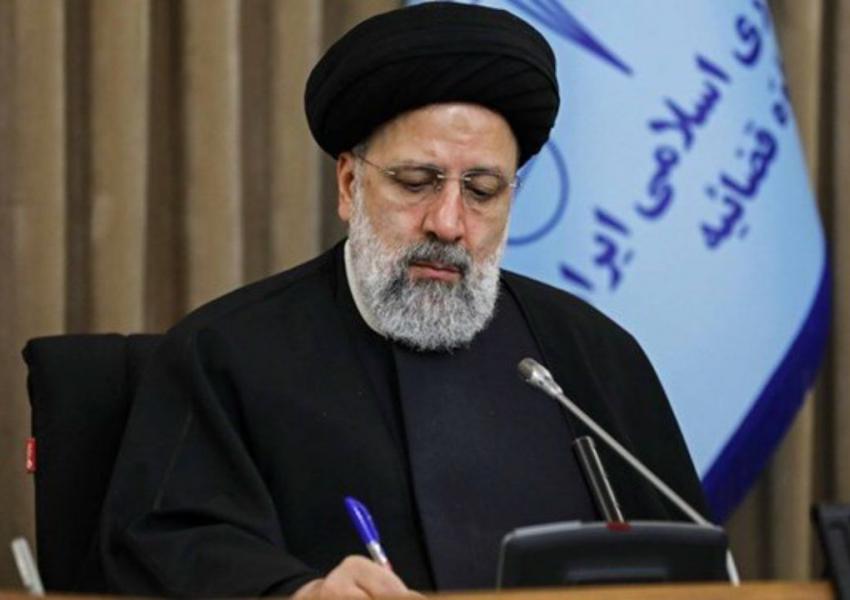 The official news agency IRNA reported Thursday that Iran’s President-elect Ebrahim Raisi (Raeesi) had met Wednesday with a group of economics professors and business executives to hear their suggestions for managing the economy.

Raisi, former chief justice and previously (2016-19) head of the foundation managing the shrine of Imam Reza in Mashhad, did little in the presidential campaign to outline an economic strategy. Many of his principlist supporters have been strong advocates of ‘self-reliance’ and critical of efforts by President Hassan Rouhani − largely stymied by United States sanctions − to attract foreign investment, especially in energy.

The advice offered Raisi was sometimes contradictory, and barely touched on liberalizing the economy, either to boost Iran’s private sector or to increase foreign investment. Talks in Vienna with world powers over reviving Iran’s 2015 nuclear deal, and easing US sanctions, have been put on hold until Raisi takes office in early August, with some analysts suggesting he might push for a more favorable deal even at the risk of sanctions continuing.

Those meeting Raisi Wednesday shied away from such issues, which are bound up not only with the talks in Vienna but with the judgements of Supreme Leader Ali Khamenei. The first speaker, Shapur Mohammadi, member of the scientific committee of Tehran University, highlighted tax reform to generate higher revenue, and the better use of state properties to generate income.

Gholamreza Mesbahi-Moghaddam, of Tehran’s Imam Sadegh University, advised Raisi that investment in the economy should be increased, highlighting the government budget deficit. Masoud Nili, representing the Sharif University of Technology’s faculty of economics, also emphasized the need for capital investment.

Shamseddin Hosseini from Allameh Tabatabai University criticized the size of the government and its dominant role in the economy, making it the country’s biggest employer. Iran’s privatization program – over which pragmatic conservatives and later reformists were enthusiastic – began under President Akbar Hashemi Rafsanjani but has faced the challenge that Iranian bodies with sufficient funds to buy shares are directly or indirectly government-owned. The program has also been dogged by well-publicized scandals.

Ahmad Tavakoli, a long-time politician, told Raisi that at least in the short-term his priority should be cash handouts to poorer people, who were facing economic hardship.

Efforts to shift Iran away from fossil-fuel dependency have always focused on the need to divert revenue away from current spending into productive investment. Iran has also been particularly keen on technology transfer from oil majors, especially in gas, and while reliance on oil revenues has fallen over the last decade, they still comprised 17 percent of the country's GDP in 2017, the last full year before the US left the Iran nuclear deal in 2018 and imposed draconian sanctions, according to the World Bank.

With western oil majors who had contracts in Iran before 2018 – including Total and Royal Dutch Shell – expressing caution over returning even if the nuclear deal is revived, there have been suggestions that Raisi might both turn more to the east, especially China, and seek to develop the petrochemical and refining sectors.

But the economists’ meeting, as reported by IRNA, did little to explain where extra investment might come from, or exactly how oil dependency might be reduced. Raisi said during the election campaign he would support revival of the JCPOA if it was in “the people’s interests.”

Iran's president Ebrahim Raisi addressed the UN General Assembly saying his country wants a resumption of nuclear talks with world powers to lead to the removal of US sanctions. END_OF_DOCUMENT_TOKEN_TO_BE_REPLACED

President Joe Biden told the UN General Assembly on September 21 that he will prevent Iran from getting nuclear weapons. END_OF_DOCUMENT_TOKEN_TO_BE_REPLACED

India has seized nearly three tons or $2.72 billion worth of Afghan heorin shipped from Iran. END_OF_DOCUMENT_TOKEN_TO_BE_REPLACED

Iran's foreign ministry spokesman has said that nuclear talks with world powers will start in a few weeks but has not given a firm date. END_OF_DOCUMENT_TOKEN_TO_BE_REPLACED