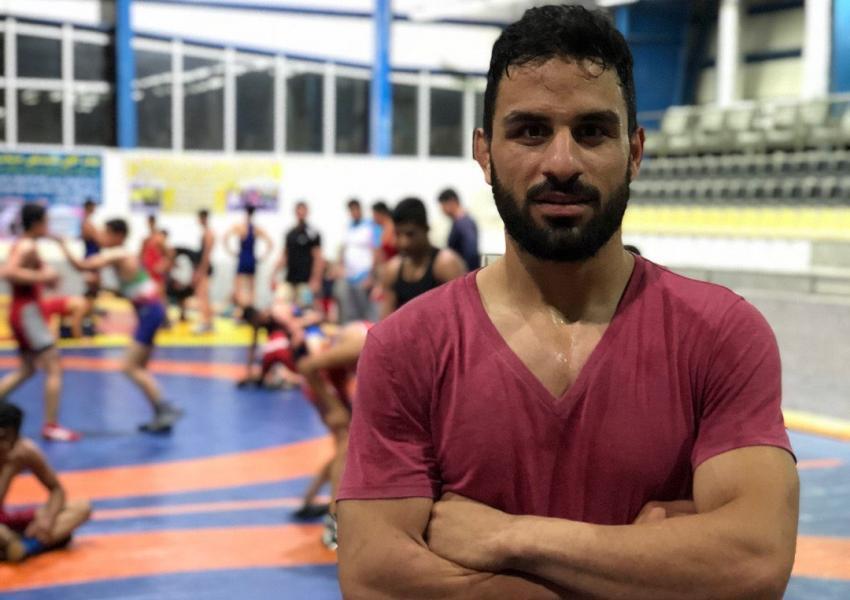 Navid Afkari, a 27-year-old wrestler who took part in protests in 2018 in Iran and later was accused of killing a state security guard, was hanged in Shiraz despite a national and international outcry for the government not to execute him.

Tasnim news agency quoted the Chief of Fars Province Justice Department as saying that Afkari's death sentence was carried out "due to the insistence of the family of the victim". In Iranian law the family of a murder victim has the right to forgive or to insist on capital punishment.

On August 29, Iranian human rights activists reported that the Supreme Court had confirmed the death sentence of Afkari who first confessed to the killing of the state security agent but later said he had made the confession under immense physical and psychological duress.

According to Human Rights Activists News Agency (HRANA), Navid and his brother Vahid Afkari were severely tortured to give confessions, and the testimony of witnesses about their beatings and torture were even referenced in the case, but the court ignored the testimonies and sentenced him to a double death sentence.

Thousands of Iranians protested the harsh sentence on social media and launched hashtags to force the authorities not to carry out the death penalty.

Iran is second after China in the world in executing drug offenders and people accused of murder. But this case is widely suspected of being politically motivated.

Many International rights and athletic organizations as well as governments including the US President Donald Trump had urged Iran not to execute Afkari.

Afkari's lawyer Hassan Younesi last week said Navid had been removed from Adelabad Prison of Shiraz to an unknown location.

In a tweet after the announcement of the execution Mr. Younesi, Afkari's lawyer, said a group of philanthropists from Afkari's hometown Shiraz had been planning to visit the family of the person killed allegedly by Afkari to convince them to forsake their Islamic right to demand execution.

Younesi also pointed out that according to Iranian regulations on execution procedures, death row inmates have a right to see their family before the sentence is carried out. "You were in so much rush to carry out the execution that you even deprived him of a last meeting," he added.

Mehdi Mahmoudian, a prominent reformist political and human rights activist, has also said that he was on the plane to go to Shiraz with Afkari's brother to talk to the family of the security guard. "We were all hoping that they would consent [to drop the death sentence]. "Only a minute before the plane took off they called his brother to say he had been executed," he said in a tweet.

In another tweet Mahmoudian posted a message to Iranian people from Afkari. "Be aware that an innocent person has been executed despite making every effort for his voice to be heard.”

Director of Iran Human Rights Organization Mahmoud Amiri-Moghadam has called Afkari's execution "a crime". "On the basis of International laws and the laws of the Islamic Republic [itself], Afkari's execution is a crime and its responsibility lies with the Leader of the Islamic Republic Ali Khamenei and Chief Justice Ebrahim Raeesi more than anyone else," Amiri-Moghadam was quoted as saying by Iran Human Rights Organization's website.

According to Amiri-Moghadam the judge who issued the verdict, those who tortured him as well as the state broadcaster IRIB which aired his so-called "confessions" must be held accountable for his execution.

On Friday Diana Eltahawy, Amnesty International's Deputy Regional Director for the Middle East and North Africa had called on the international community, including UN human rights bodies and EU member states, to urgently intervene and demand the Iranian authorities to save Navid Afkari from execution.

Navid was originally arrested alongside his two brothers Vahid and Habib in August 2018, and was charged by the Revolutionary Court of Shiraz with "taking up arms against the regime.”

Lawyers and human rights defenders say the government had no material evidence of murder against Afkari and resorted to tactics to get a forced confession for the death penalty.

City officials in Iran's capital Tehran are planning to put locks on large waste containers in the streets to prevent garbage pickers from accessing waste. END_OF_DOCUMENT_TOKEN_TO_BE_REPLACED

The Biden Administration has confirmed to the US Congress that sanction imposed by its predecessor on Iran have drastically reduced Iran's trade with the world. END_OF_DOCUMENT_TOKEN_TO_BE_REPLACED

The UK government said on Sept 20 that Britain would "not rest" until all its dual nationals being held in Iran were returned home. END_OF_DOCUMENT_TOKEN_TO_BE_REPLACED