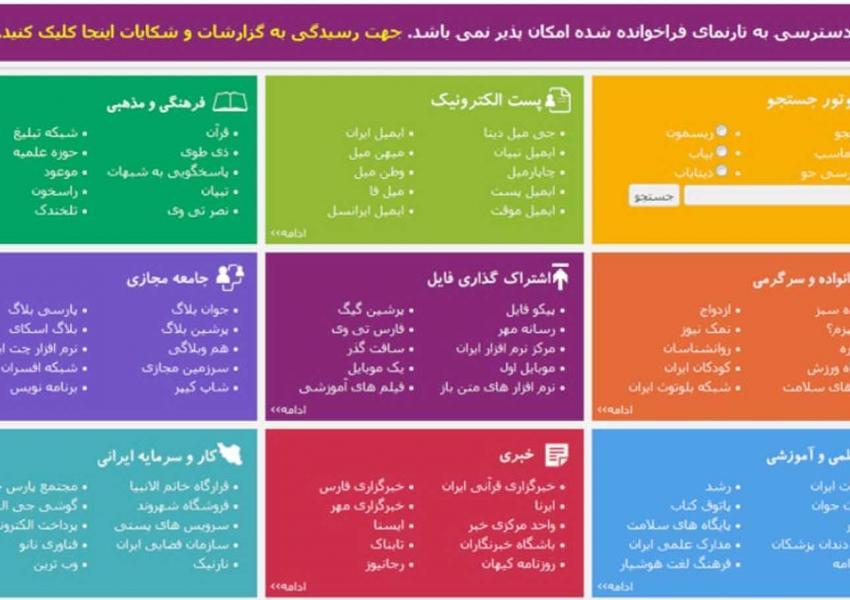 Iran International has received evidence that shows in the past 12 hours, the Islamic Republic has significantly increased its censorship activity on the Internet to a point that dozens of websites and applications have been blocked for Iranians. Internet users now must use proxies or VPN to open these websites or applications.

According to Iran International inquiries, in a rare attempt, the ministry of communications and the National Communications Company have started blocking many “.com, .net, .eu, and .ne” domains.

These filtered domains are all hosted by the popular “Cloudflare” service. The filtering has been so widespread that many websites that are hosted on Cloudflare are now unavailable in both in unsafe “http” and safe “https” modes.

Cloudflare is an online service that over 20 million websites including Dropbox and Pinterest use, and in a way, it has become part of the Internet infrastructure in the world. Cloudflare offers services such as Content Delivery Network (CDN) and Distributed Denial-of-Service (DDoS).

City officials in Iran's capital Tehran are planning to put locks on large waste containers in the streets to prevent garbage pickers from accessing waste. END_OF_DOCUMENT_TOKEN_TO_BE_REPLACED

The Biden Administration has confirmed to the US Congress that sanction imposed by its predecessor on Iran have drastically reduced Iran's trade with the world. END_OF_DOCUMENT_TOKEN_TO_BE_REPLACED

The UK government said on Sept 20 that Britain would "not rest" until all its dual nationals being held in Iran were returned home. END_OF_DOCUMENT_TOKEN_TO_BE_REPLACED