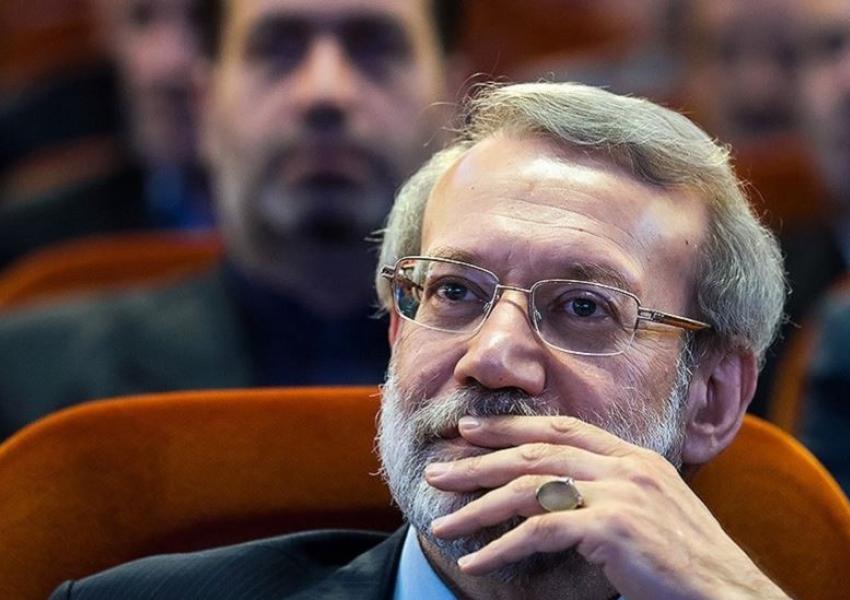 Ali Larijani, likely to be a leading candidate in Iran's June 18 presidential election, took questions from 20,000 potential voters in a three-hour-long conversation on the audio-chat application Clubhouse Thursday evening.

This was an opportunity to talk face-to-face with a state official who represents Supreme Leader Ali Khamenei in transactions with China and until a year ago was speaker of Iran's parliament, although some barriers hindered full dialogue. Moderators did not allow everyone to ask whatever they wanted to ask, and at times they appeared to shut off Larijani's microphone, blaming technical glitches.

Questions covered social and political issues, including compulsory hijab, nuclear negotiations with world powers, Larijani's record as head of parliament and of state television. Larijani presented himself as an advocate of gender equality and asked the moderators to allow more women to come to the virtual ‘stage’ to ask questions, but only a few, mainly women working with the media outside Iran, were given the chance.

Larijani advocated a constitutional amendment to set up a senate; defended Iran’s 2015 nuclear deal with world powers, the JCPOA (Joint Comprehensive Plan of Action); called for the lifting of United States sanctions; backed President Hassan Rouhani’s position of joining the intergovernmental Financial Action Task Force (FATF); and advocated expanding trade with the US once the JCPOA was revived.

Such positions are broadly those of the Rouhani government, which Larijani supported as parliamentary speaker after Rouhani was elected president in 2013 and opened negotiations leading to the JCPOA. Larijani praised Foreign Minister Mohammad Javad Zarif for efforts to improve international relations with east and west, and called for an end to internet filtering.

Political analyst Sadeq Zibakalam tweeted dismissing Larijani’s appearance as offering “the same usual answers regime officials have up their sleeve." In an audio file posted by Khabar Online, Zibakalam said he could not understand why Larijani wanted to run in the election given Raeesi was “the regime's choice.” Zibakalam implied Larijani had been told to run only to make a lackluster election look more exciting.

Also attacking Larijani, conservative politician Mostafa Mirsalim tweeted that “empty promises, populism, lies, hypocrisy, arrogance and corruption of state officials are the root cause of low turnout in the election."

In his tweet, Zibakalam suggested that the Clubhouse discussion had been important in that "Iranian journalists and opposition figures abroad were able to ask questions about political prisoners, Revolutionary Court verdicts, those who were killed during the protests in November 2019, and so on."

Away from Clubhouse, which he has not used, former president Mahmoud Ahmadinejad continued to push his claims to be allowed to run in the election. His official media outlet tweeted that "corrupt security agents might be creating havoc by downing an airplane or causing a rail accident, or a big explosion or fire to grab the public's attention while they are justifying a low turnout in the election following the disqualification of popular candidates."

Ahmadinejad said last week that he would not vote in the election − and would call on supporters to join him − if not included in the list of candidates to be announced by the Guardian Council on May 27. A telephone poll taken earlier this month by Stasis for Iran International TV gave Ahmadinejad 29 percent support among those saying they would vote in the June 18 election.

City officials in Iran's capital Tehran are planning to put locks on large waste containers in the streets to prevent garbage pickers from accessing waste. END_OF_DOCUMENT_TOKEN_TO_BE_REPLACED

The Biden Administration has confirmed to the US Congress that sanction imposed by its predecessor on Iran have drastically reduced Iran's trade with the world. END_OF_DOCUMENT_TOKEN_TO_BE_REPLACED

The UK government said on Sept 20 that Britain would "not rest" until all its dual nationals being held in Iran were returned home. END_OF_DOCUMENT_TOKEN_TO_BE_REPLACED