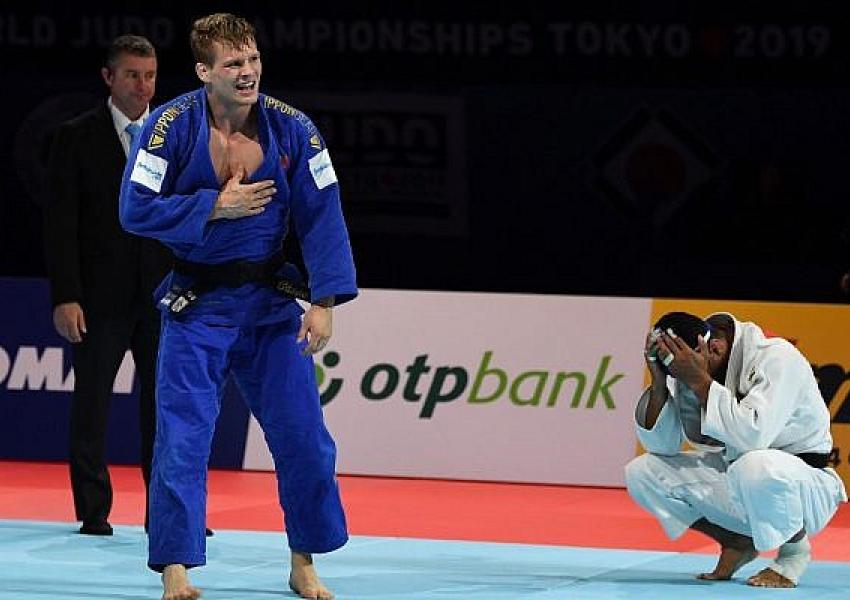 Iran
Sports
In order to avoid fighting the Israeli opponent

Iranian Judoka: I Was Ordered to Lose by Ministry of Sports

In an exclusive interview with Iran International, Saeid Mollaei, the Iranian Judoka and former champion of the world said that he lost his match in Tokyo by the order of Islamic Republic officials.

In his interview with Iran International on Sunday, Mollaei confirmed that before his matches, the chairman of Islamic Republic’s Olympics committee and the deputy of championship sports development at the ministry of sports both called him and told him to avoid fighting the Israeli opponent in a way that the World Judo Federation would not notice.

In semifinals, Mollaei faced a Belgian opponent and he lost the game in order to avoid facing the Israeli opponent in the finals.

Unbelievably, Mollaei also lost the ranking match for the third place so he would not be on the platform with the Israeli athlete.

The world Judo champion of 2017 told Iran International that he lost both games on purpose after the calls from Iranian sports officials.

He went on to say that the chairman of Iran’s Olympics committee emphasized that he would be praised and rewarded upon returning to Iran, but Mollaei rejected the offer, saying: “I don’t need rewards, a medal is much more important to me.”

The former champion also denied the rumors about his asylum: “I have a German visa for several years and all these rumors are spread by the fake news media in my country.”

He said he has asked the International Judo Federation to be allowed to compete in the Olympics. Mollaei also expressed regrets about the possibility of never fighting for Iran again.

Fars News, close to the Islamic Revolutionary Guard Corps (IRGC) claimed on Saturday that Mollaei has sought asylum: “It was all planned ahead, before his trip to Japan, some people in Iran had laid the plans and were in constant contact with him.”

Mollaei denied these allegations and said his decision was a personal one.

In 2017, the video of Alireza Karimi, Iranian wrestler losing to his Russian rival before facing the Israeli opponent went viral. The video showed Karimi’s head coach repeatedly screaming at him from the sidelines: “Alireza you must lose.”

City officials in Iran's capital Tehran are planning to put locks on large waste containers in the streets to prevent garbage pickers from accessing waste. END_OF_DOCUMENT_TOKEN_TO_BE_REPLACED

The Biden Administration has confirmed to the US Congress that sanction imposed by its predecessor on Iran have drastically reduced Iran's trade with the world. END_OF_DOCUMENT_TOKEN_TO_BE_REPLACED

The UK government said on Sept 20 that Britain would "not rest" until all its dual nationals being held in Iran were returned home. END_OF_DOCUMENT_TOKEN_TO_BE_REPLACED