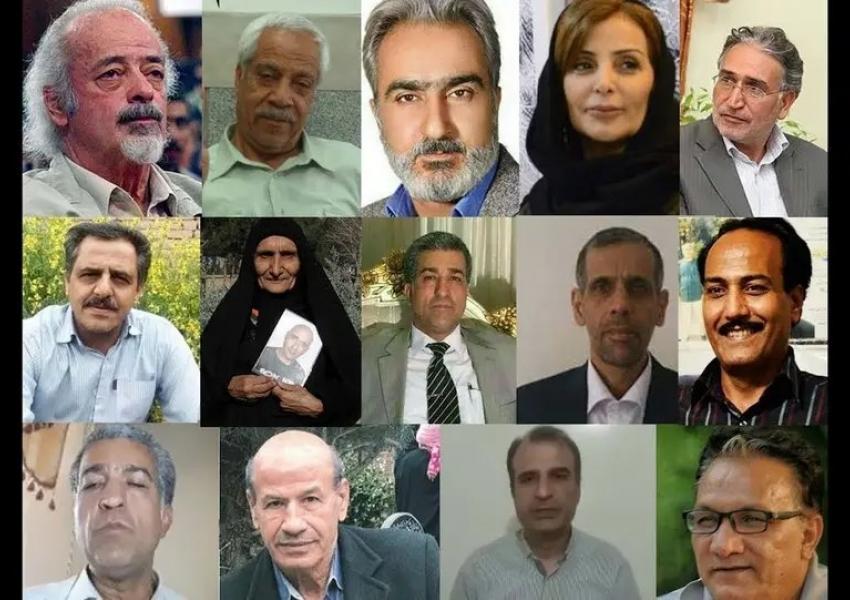 Iranian official: The arrest of 14 activists unrelated to their letter to leader

The political, security, and social deputy governor of Khorasan Razavi province, Hassan Jafari, claimed that the arrests of 14 civil rights activists in Mashhad has, in fact, nothing to do with their letter to the leader in which they called for his resignation and transition from the Islamic Republic regime, and “it was due to their connection with anti-regime groups abroad.”

Jafari said on Friday that these 14 people, 12 men, and 2 women, “had gathered in front of the courthouse in Mashhad to plan and achieve their goals.”

While noting that 5 of these activists live in Mashhad, Jafari asked: “Our question is, why did the rest of them come to Mashhad, and what was the reason behind their gathering in this city?” He added: “They were arrested in an effort to prevent any disruptions caused by them.”

The Intelligence office of the province released a statement claiming “a new anti-revolutionary conspiracy in Mashhad,” and announced that several of the arrested individuals were “trying to provoke different groups in the society including the war veterans, disabled veterans, ethnicities, and religions and inflame the society through their connections with the anti-regime media and satellite channels abroad.”

The statement continued: “The arrested individuals were on the mission to radicalize the critical candidates near the parliamentary elections by making planned contacts and use the open political space (near the election) to create chaos and riots and push the agenda of the enemies of the Iranian people.

The arrested activists are still in Intelligence jail and have no access to an attorney or family visitation.

City officials in Iran's capital Tehran are planning to put locks on large waste containers in the streets to prevent garbage pickers from accessing waste. END_OF_DOCUMENT_TOKEN_TO_BE_REPLACED

The Biden Administration has confirmed to the US Congress that sanction imposed by its predecessor on Iran have drastically reduced Iran's trade with the world. END_OF_DOCUMENT_TOKEN_TO_BE_REPLACED

The UK government said on Sept 20 that Britain would "not rest" until all its dual nationals being held in Iran were returned home. END_OF_DOCUMENT_TOKEN_TO_BE_REPLACED