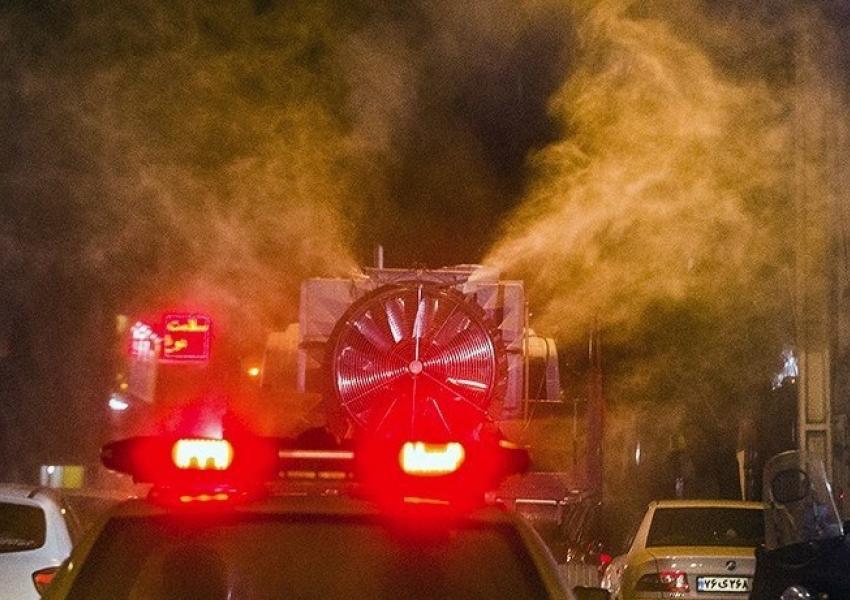 With the increasing criticism of the regime’s coverup of the coronavirus crisis in Iran, the Islamic Republic judiciary and law enforcement officials have increased the arrests and lawsuits against those who report about the corona pandemic in Iran.

On Monday, law enforcement officials in Gilan province announced the arrests of 20 citizens for “spreading rumors and inflammatory content”.

Earlier this week, at least 50 more people were arrested in East Azerbaijan and Kurdistan provinces. Dozens of online activists have also been arrested in provinces such as Tehran, Alborz, Mazandaran, Qom, and Semnan.

In the first three days of the new Persian year alone, 15 people were arrested in three provinces of Gilan, Isfahan, and West Azerbaijan.

According to a police official, in the first five days of the new Persian year, 998 online crimes have been identified and 316 of those have led to criminal cases.

The persecution of online activists who report on coronavirus outbreak continues at a time when even many Islamic Republic officials have criticized the government for what they have called untrue stats and coverup.

The National Corona Taskforce held a session on Sunday in order to respond to the online reports and news. In its statement, the taskforce uses labels such as “rumors” and “false content” and “unverified medical stats” which will be one of the priorities of the task force.

The persecution of online activists and journalists intensified after Ayatollah Khamenei, the leader of the Islamic Republic stated that the coronavirus outbreak could be a biological attack.

City officials in Iran's capital Tehran are planning to put locks on large waste containers in the streets to prevent garbage pickers from accessing waste. END_OF_DOCUMENT_TOKEN_TO_BE_REPLACED

The Biden Administration has confirmed to the US Congress that sanction imposed by its predecessor on Iran have drastically reduced Iran's trade with the world. END_OF_DOCUMENT_TOKEN_TO_BE_REPLACED

The UK government said on Sept 20 that Britain would "not rest" until all its dual nationals being held in Iran were returned home. END_OF_DOCUMENT_TOKEN_TO_BE_REPLACED