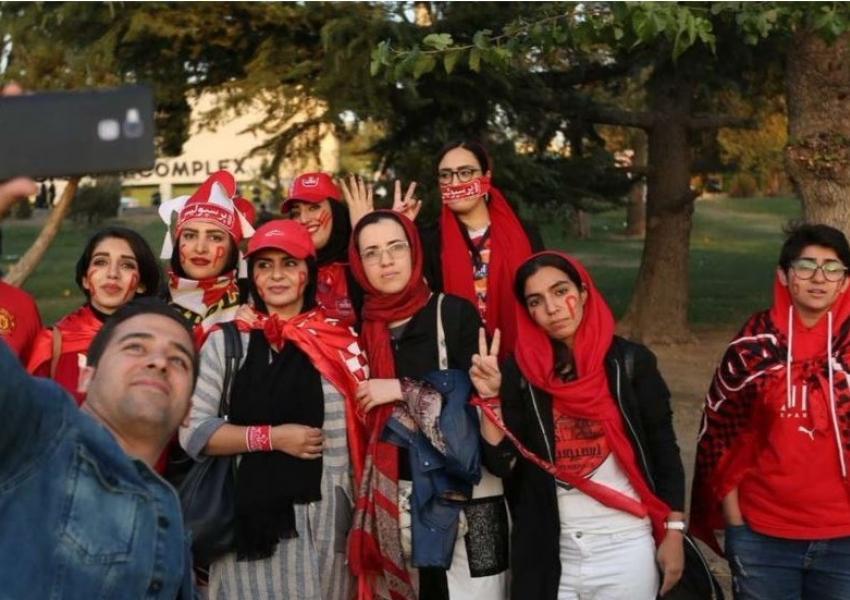 Japanese Women Are Allowed, Iranian Women Are Not

Two days left until the AFC Champions League final in Azadi stadium in Tehran, yet there is still no decision made regarding the women’s attendance.

Masoumeh Ebtekar, vice president on the issue of women and family, received heavy backlash on social media when she announced she will be attending the game. She later said she would only go to the game if other women are allowed.

Most likely, what will happen is, in order to avoid being fined by FIFA, a few hundred invitations will be sent to “insider women”; meaning women within the body of the regime, celebrities, and the family members of Islamic Republic authorities.

The same thing happened at Iran-Bolivia game. Dozens of Iranian women, family members, and relatives of regime’s authorities were allowed in while thousands of Iranian women were left standing outside the stadium. This is the Iranian Football Federation’s tactic to avoid being fined by FIFA.

In recent months, the regime has increased its crackdown on women who try to enter the stadium looking like men. Female morality police officers have been stationed at the entrances to prevent this phenomenon.

Despite all his promises, President Rouhani has done nothing for women. He didn’t choose a female minister, unlike Ahmadinejad, and was not able to deliver on the stadiums either. He has completely retreated from women’s issues.

The attorney general of the Islamic Republic said recently that “the presence of women in stadiums is damaging and there is no justification for it.” Regarding the presence of a few insider women in the Stadium during the Iran-Bolivia game, Montazeri said: “We have a problem with that. Our regime is Islamic. We are Muslims. When a woman goes to the stadium and sees half-naked men, sin occurs. Some people are trying to break taboos.”

The issue of women in stadiums is considered by many as a game used by the regime to raise people’s hopes up, usually around election time.

City officials in Iran's capital Tehran are planning to put locks on large waste containers in the streets to prevent garbage pickers from accessing waste. END_OF_DOCUMENT_TOKEN_TO_BE_REPLACED

The Biden Administration has confirmed to the US Congress that sanction imposed by its predecessor on Iran have drastically reduced Iran's trade with the world. END_OF_DOCUMENT_TOKEN_TO_BE_REPLACED

The UK government said on Sept 20 that Britain would "not rest" until all its dual nationals being held in Iran were returned home. END_OF_DOCUMENT_TOKEN_TO_BE_REPLACED