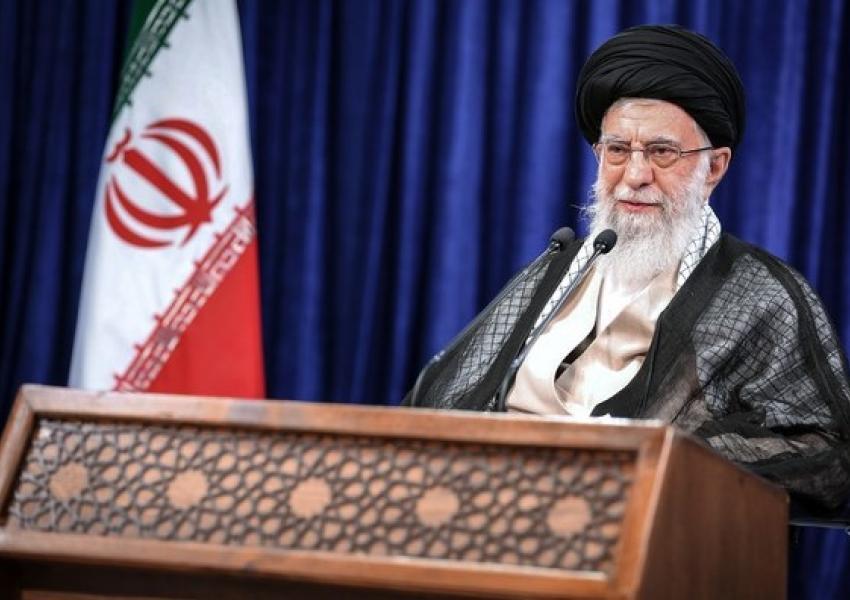 Khamenei: Sanctions aim to turn people against the regime

In a TV speech on Friday, Ali Khamenei, the leader of the Islamic Republic regime of Iran said the main goal of sanctions is to turn people against the government and their secondary goal is to cut off Tehran’s aid to its proxy forces in the region.

The leader of the Islamic Republic said the short term goal of the US from sanctions is to “frustrate the Iranian people, confuse them, and turn them against the regime and the government.”

He referred to the predictions about a “Hot Summer” in Iran and said the “enemies” talked about a hot Summer, but it was they who faced a hot Summer.

Khamenei also admitted that the country has serious problems regarding the standards of living.

The November 2019 uprising was unprecedented in the 40 years of the Islamic Republic rule in which over a thousand protesters were massacred across the country and thousands were incarcerated.

The leader also said that the secondary goal of the sanctions is cutting off ties between the Islamic Republic and “the resistance groups in the region”.

The Islamic Republic refers to its proxy groups in Iraq, Yemen, Lebanon, and other countries as resistance groups.

Reuters had previously reported that due to the pandemic, the killing of Quds Force commander Qasem Soleimani, and increased sanctions by the U.S, Tehran’s financial and military support of Iraqi militia has decreased.

Khamenei also said the goal of the U.S from negotiations is to stop Iran’s nuclear and missile programs.

The leader of the Islamic Republic also stated that the nuclear deal (JCPOA) caused a lot of damage to Iran, and criticized the Europeans: “They did nothing, their last innovation was a ridiculous toy called INSTEX which never became operational.”

He once again criticized the treatment of African Americans by the police and said it shows a management problem in America.

City officials in Iran's capital Tehran are planning to put locks on large waste containers in the streets to prevent garbage pickers from accessing waste. END_OF_DOCUMENT_TOKEN_TO_BE_REPLACED

The Biden Administration has confirmed to the US Congress that sanction imposed by its predecessor on Iran have drastically reduced Iran's trade with the world. END_OF_DOCUMENT_TOKEN_TO_BE_REPLACED

The UK government said on Sept 20 that Britain would "not rest" until all its dual nationals being held in Iran were returned home. END_OF_DOCUMENT_TOKEN_TO_BE_REPLACED