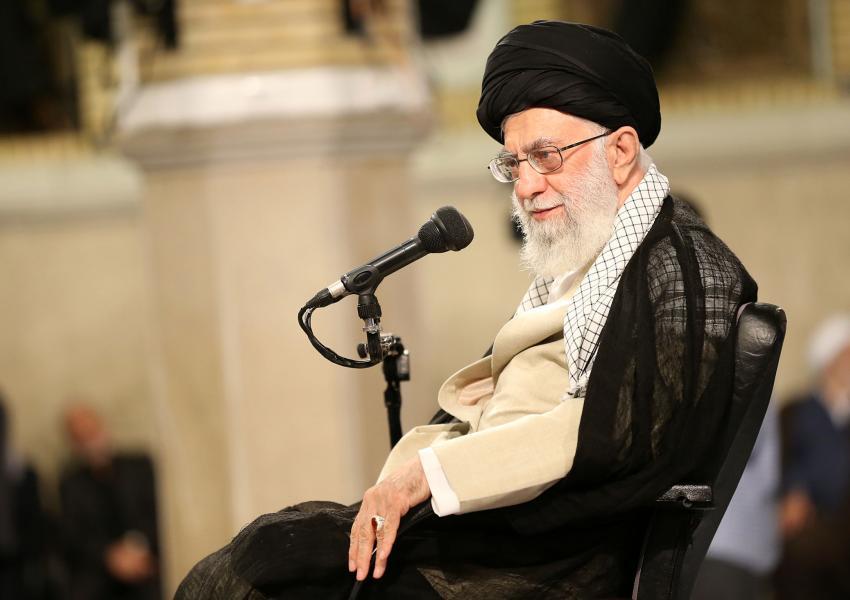 Khamenei: We will not negotiate over regime’s honor and military power

Khamenei said: “Regarding the controversy over the negotiation which foreigners and propagandists are talking about, what they mean by “getting back to the negotiation table” is not negotiation itself; they mean negotiation with the United States; otherwise we don’t have a problem negotiating with others or Europeans.”

Ali Khamenei continued: “Negotiation over these issues is two words: They say we want this, and we say no.”

He added: “So what they mean by negotiation, is negotiation with America, regarding which we said we will not do. Because not only it has no benefits, it is actually harmful.”

Khamenei had previously stated that negotiations are poison in these conditions and that “Iranian people’s final decision in facing the enemy, is resistance in every field.”

City officials in Iran's capital Tehran are planning to put locks on large waste containers in the streets to prevent garbage pickers from accessing waste. END_OF_DOCUMENT_TOKEN_TO_BE_REPLACED

The Biden Administration has confirmed to the US Congress that sanction imposed by its predecessor on Iran have drastically reduced Iran's trade with the world. END_OF_DOCUMENT_TOKEN_TO_BE_REPLACED

The UK government said on Sept 20 that Britain would "not rest" until all its dual nationals being held in Iran were returned home. END_OF_DOCUMENT_TOKEN_TO_BE_REPLACED