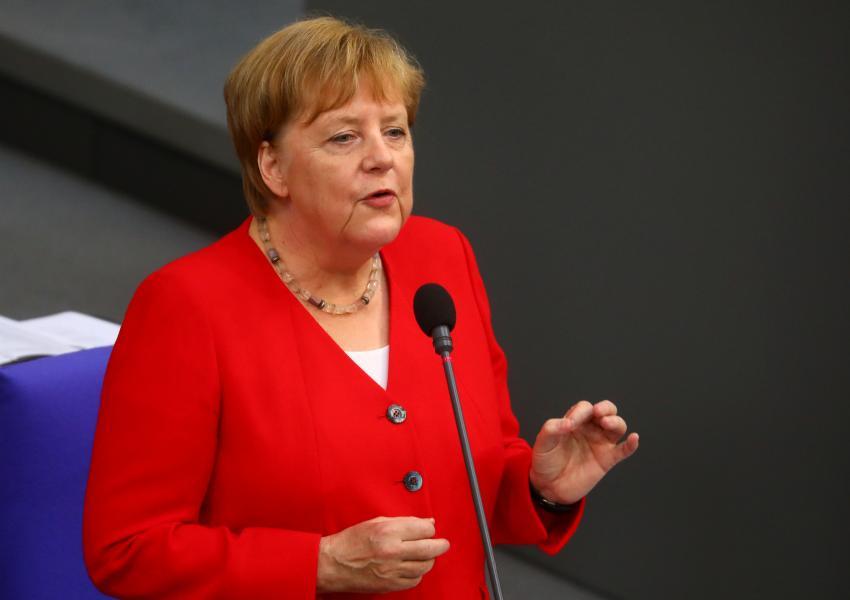 Merkel: European mission to Strait of Hormuz will be discussed in Finland

After rejecting the United States’ invitation to join a US-led naval coalition in the Persian Gulf to protect shipping, the German chancellor Angela Merkel says the European mission to the Strait of Hormuz will be discussed among the European foreign ministers in Finland this month.

Merkel said after a meeting with the president of Lithuania on Wednesday: “I think the question of a European mission will be discussed there again because this discussion has not yet taken place everywhere and so I believe that the Finnish presidency will play a coordinating role on that.”

Finland recently took over the EU's presidency on July 1. EU foreign ministers and defense ministers are due to hold informal meetings in Helsinki in late August.

In the past two months, several commercial vessels were attacked in the Persian Gulf, with most observers blaming Iran for the attacks.

Britain last week joined the United States in a maritime security mission in the Gulf to protect merchant vessels traveling through the Strait of Hormuz after Iran seized a British-flagged vessel. Two weeks beforehand, Britain had called for a European-led naval mission.

Washington asked 60 countries to join the coalition to provide shipping security in the Persian Gulf. Israel, Britain, South Korea, and Australia have pledged to join the coalition. Germany, France, and Japan have rejected the invitation, despite expressing their concerns about the security of commercial vessels passing through the Strait of Hormuz.

City officials in Iran's capital Tehran are planning to put locks on large waste containers in the streets to prevent garbage pickers from accessing waste. END_OF_DOCUMENT_TOKEN_TO_BE_REPLACED

The Biden Administration has confirmed to the US Congress that sanction imposed by its predecessor on Iran have drastically reduced Iran's trade with the world. END_OF_DOCUMENT_TOKEN_TO_BE_REPLACED

The UK government said on Sept 20 that Britain would "not rest" until all its dual nationals being held in Iran were returned home. END_OF_DOCUMENT_TOKEN_TO_BE_REPLACED