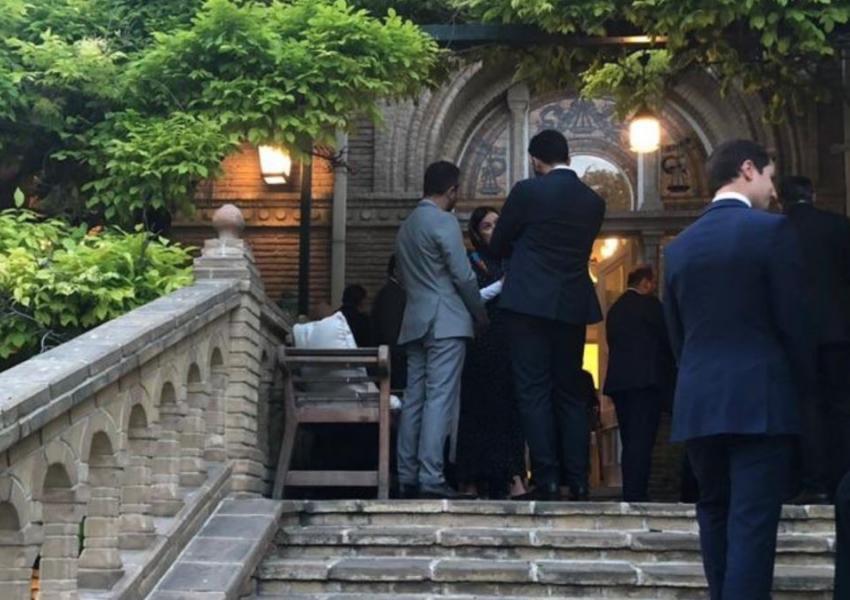 Alireza Salimi, a member of the Principalist Fraction of the Islamic Republic parliament asked the Ministry of Foreign Affairs to “stop the mixed-gender parties in foreign embassies”. In Iran, mixed-Gender parties are referred to parties where men and women are not separated.

Regarding the arrest of several British diplomats in a raid of a party in Tehran, Salimi said: “In our country, some foreign embassies had mixed-gender parties and served alcohol during the month of Ramadan. Some so-called artists also attend these parties which is surprising.”

He continued: “In our current situation, the British are using every tool possible to push their agenda forward, so one day they organize an Iftar ceremony and they throw a mixed-gender party on another.”

He added: “The Ministry of Foreign Affairs and the Ministry of Culture and Islamic Guidance must stop such violations of conventions.”

In response to Salimi’s point, the speaker of the parliament, Ali Larijani, also stated that the national security and foreign policy committees of the parliament must review the case of “organizing mixed-gender parties by foreign embassies”.

In recent weeks, Tasnim, a news agency close to the IRGC, has reported several parties in foreign embassies and the arrest of two European diplomats in a mixed-gender party in Tehran. According to Tasnim, drugs and alcohol were also discovered at the party, and many Iranian actors also attending the party.

The British and Dutch diplomats were released after identification.

City officials in Iran's capital Tehran are planning to put locks on large waste containers in the streets to prevent garbage pickers from accessing waste. END_OF_DOCUMENT_TOKEN_TO_BE_REPLACED

The Biden Administration has confirmed to the US Congress that sanction imposed by its predecessor on Iran have drastically reduced Iran's trade with the world. END_OF_DOCUMENT_TOKEN_TO_BE_REPLACED

The UK government said on Sept 20 that Britain would "not rest" until all its dual nationals being held in Iran were returned home. END_OF_DOCUMENT_TOKEN_TO_BE_REPLACED