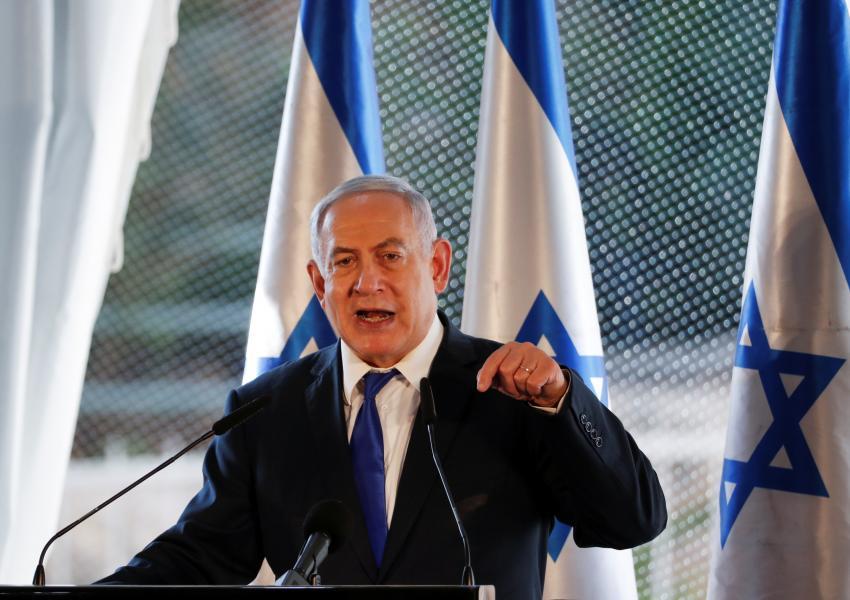 Netanyahu: Now is not the time to talk to Iran

Benjamin Netanyahu, the prime minister of Israel once again warned European countries against negotiation with Iran and urged for more pressure on Tehran.

Before leaving Israel for London on Thursday, Netanyahu told the reporters: “This morning we were informed of another violation, more defiance, by Iran, this time in its striving to attain nuclear weapons.” He continued: “This joins Iran’s aggressive acts against international shipping and against countries in the region, as well as its efforts to carry out murderous attacks against the State of Israel, efforts that have not ceased.”

“This is not the time to conduct talks with Iran, this is the time to increase the pressure on Iran,” said Prime Minister Netanyahu.

His comments come a day after the President of the Islamic Republic of Iran, Hassan Rouhani, announced the third stage of cuts in Iran’s compliance with the nuclear deal known as the Joint Comprehensive Plan of Action (JCPOA). Rouhani says in this stage, all the restrictions on using the new generation of centrifuges and the restrictions on research and development will be lifted.

The Islamic Republic is currently in violation of its nuclear deal commitments. It has breached both the 300 kg enriched uranium cap and the 3.67-grade uranium enrichment limit.

Meanwhile, President Trump on Wednesday talked about Iran’s economic and inflation problems and said there is a possibility of a meeting between him and his Iranian counterpart, Hassan Rouhani, during the UN General Assembly in New York. Trump stated that he can solve Iran’s inflation problems in 24 hours.

He added that the United States does not need any country to mediate negotiations between Iran and America.

City officials in Iran's capital Tehran are planning to put locks on large waste containers in the streets to prevent garbage pickers from accessing waste. END_OF_DOCUMENT_TOKEN_TO_BE_REPLACED

The Biden Administration has confirmed to the US Congress that sanction imposed by its predecessor on Iran have drastically reduced Iran's trade with the world. END_OF_DOCUMENT_TOKEN_TO_BE_REPLACED

The UK government said on Sept 20 that Britain would "not rest" until all its dual nationals being held in Iran were returned home. END_OF_DOCUMENT_TOKEN_TO_BE_REPLACED