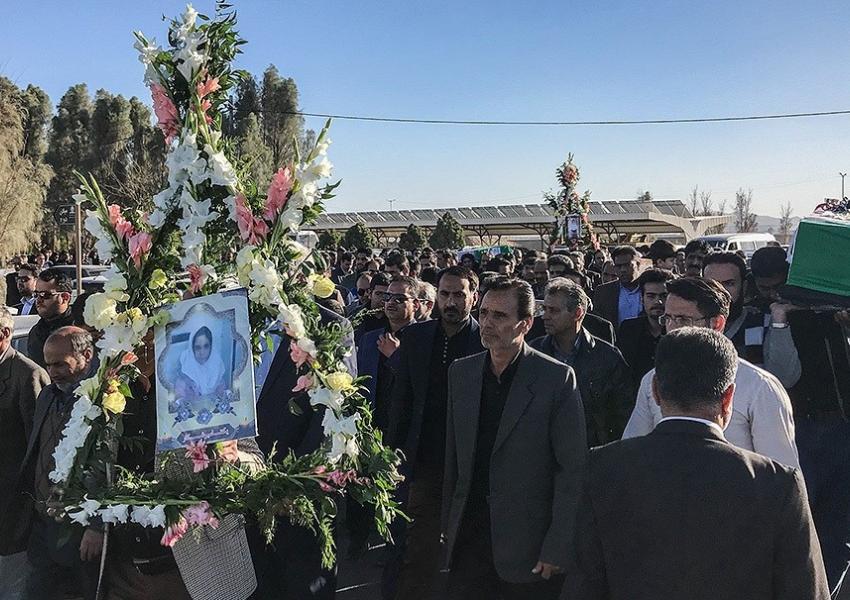 The bodies of three elementary schoolgirls who died in the school fire were buried today in Zahedan.

Mona Khosroparast, Saba Arabi, and Mariam Nokandi were the three students who died in the school fire due to the fire from the oil burning furnace. Yekta Mirshekar, another student is reported in critical conditions and currently in a coma.

This is not the first accident of this sort in Iran. Many schools in the rural areas in the country still use oil burning furnaces for heat in classrooms. In 2012, a school in West Azerbaijan burnt down for the same reason, and 29 girls were severely burnt and 2 passed away.

Minister of education has been summoned to Majlis (Islamic Republic Congress) to offer an explanation.

Zabol representative said: “Most of Sistan and Baluchistan province has not received natural gas yet, so the schools are heated with traditional means, which can cause such tragedies.”

Mohammad Bathaei, the minister of intelligence said: “Due to the low budget of the ministry, removing these oil furnaces will take at least 7 to 8 years.

City officials in Iran's capital Tehran are planning to put locks on large waste containers in the streets to prevent garbage pickers from accessing waste. END_OF_DOCUMENT_TOKEN_TO_BE_REPLACED

The Biden Administration has confirmed to the US Congress that sanction imposed by its predecessor on Iran have drastically reduced Iran's trade with the world. END_OF_DOCUMENT_TOKEN_TO_BE_REPLACED

The UK government said on Sept 20 that Britain would "not rest" until all its dual nationals being held in Iran were returned home. END_OF_DOCUMENT_TOKEN_TO_BE_REPLACED