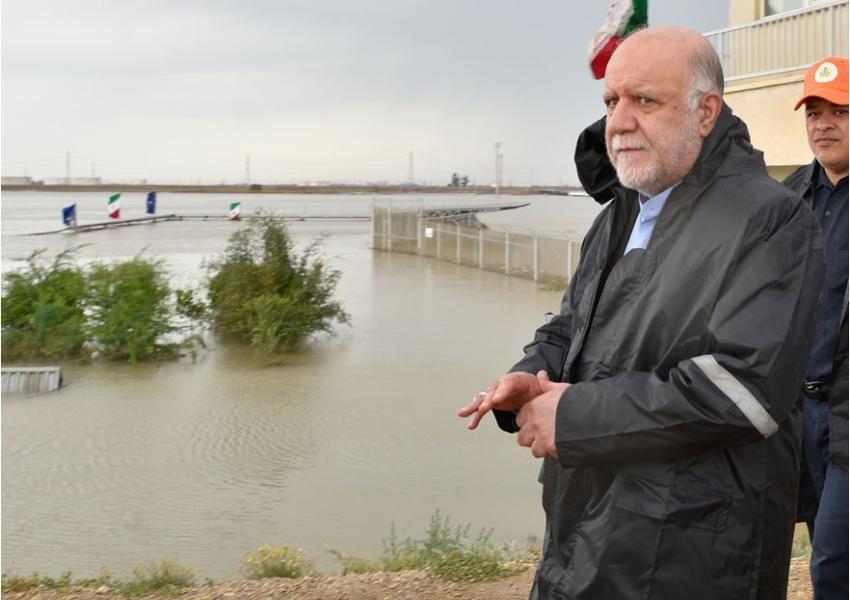 Oil Minister: Oil Production Was Reduced to Save Lives of Flood Victims

Bijan Zangeneh, the oil minister of Iran, says that oil productions in some fields have been reduced to protect the lives of flood victims.

In his trip to Ahvaz and the flooded areas, the oil minister said: “We are not willing to hurt people in order to produce a few thousand barrels of oil.”

According to Zangeneh, in areas that natural disasters were threatening the flooded locations, they decided to shut down the oil wells and empty the pipelines.

The National Oil Company had also reported that some wells were flooded in Ab-Teymour, Ahvaz, and Azadegan.

Previously there were reports on social media that said the oil ministry has not allowed Hawizeh Marches to get flooded in order to avoid damages to their facilities. There were also photos published that showed dry oil mining facilities in Hawizeh marches with no water near them. The oil minister rejected these reports as “lies and psychological warfare against Iranian people.”

Zangeneh also said that preventing oil pollution from entering into flooded areas is a priority for the ministry of oil.

City officials in Iran's capital Tehran are planning to put locks on large waste containers in the streets to prevent garbage pickers from accessing waste. END_OF_DOCUMENT_TOKEN_TO_BE_REPLACED

The Biden Administration has confirmed to the US Congress that sanction imposed by its predecessor on Iran have drastically reduced Iran's trade with the world. END_OF_DOCUMENT_TOKEN_TO_BE_REPLACED

The UK government said on Sept 20 that Britain would "not rest" until all its dual nationals being held in Iran were returned home. END_OF_DOCUMENT_TOKEN_TO_BE_REPLACED